Michael Bay is pretty well known for his ‘go big or go home’ state of mind, and this latest picture posted on his Instagram proves that he is still striving for nothing less than the best! Bay took to his Instagram yesterday to wish everyone a Happy Fourth. 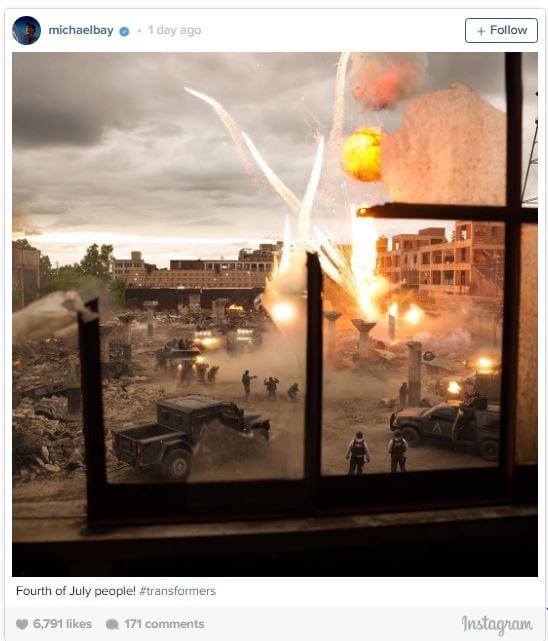 It looks like things are going full speed on the set of Transformers: The Last Knight. I mean, you can’t have a Transformers film without vehicular mayhem, gunfire and a ton of explosions.

The film is set to premiere on June 23, 2017. Paramount Pictures have previously stated that Transformers 6 has a target date for June 28, 2019. A spin-off movie focusing on the Transformer Bumblebee is slated for June 8, 2018.