What do you get when you bring a squad of college friends together for a night of drinking and debauchery at a bachelorette party? You get Sony’s upcoming comedy film, Rough Night. The film takes a look at what happens during a night on that town that starts off as ordinary as is to be expected and ends up being anything but normal.

“The stars play five best friends from college who reunite in Miami 10 years later for a wild bachelorette weekend. But when the partying ends up taking a dark turn and they accidentally kill a male stripper, the longtime friends are forced to put their heads together and cover up the accident.”

The trailer for the film has been out since March but today, you get to find out more about the girl squad behind the…let’s call it a colossal accident. While there have been other big box office films about bachelor and bachelorette parties, this one takes the cake on the wildest incident so far, next to that whole, stealing a baby thing in The Hangover. 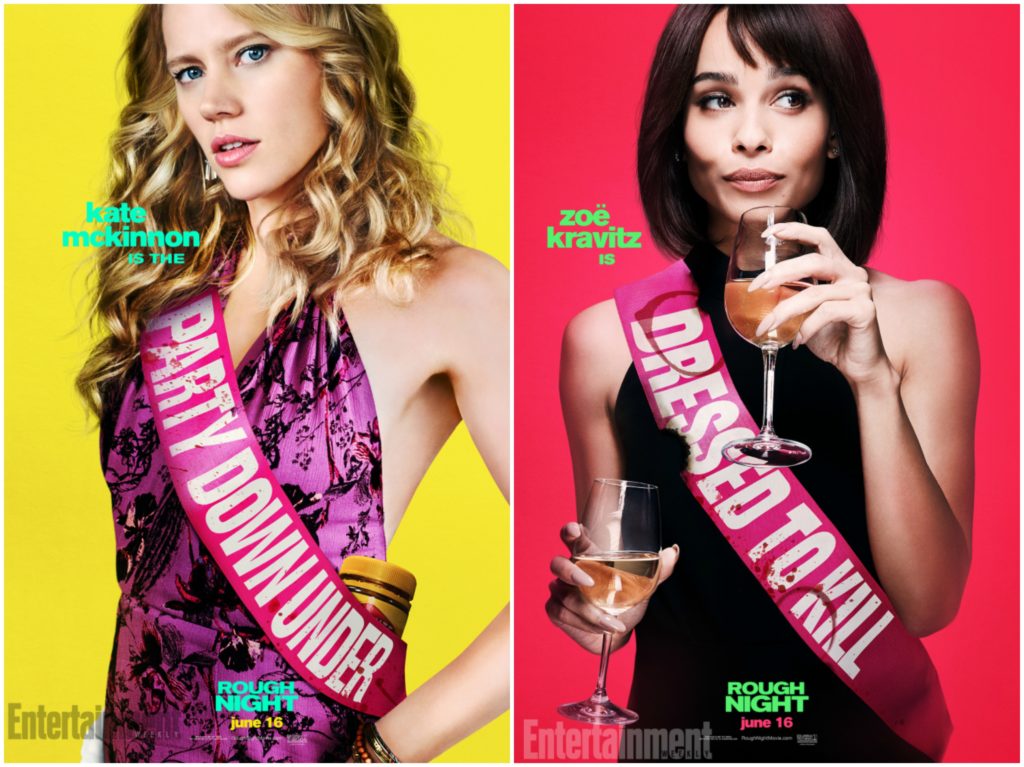