Get in loser, we’re going to Broadway!

That’s right, the Plastics are officially heading to Broadway, but not before heading to Washington D.C. The trio will make their world premiere at the National Theatre on October 31st. 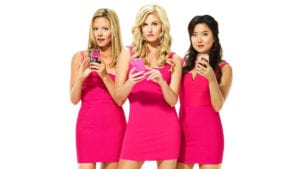 Mean Girls features the book by Tina Fey and music by her husband Jeff Richmond, and lyrics by Nell Benjamin.

Much like the movie, the musical follows new girl Cady Heron and her run-in with The Plastics. Cady will be played by Erika Henningsen.

Mean Girls scheduled to be in D.C. until December 3rd  and will open on Broadway on April 8, 2018 at the August Wilson Theatre. Previews begin March 12.

Amy Schumer is Headed to Broadway