“Scut Farkus! What a rotten name! We were trapped. There he stood, between us and the alley. Scut Farkus staring out at us with his yellow eyes. He had yellow eyes! SO, HELP ME GOD, YELLOW EYES!!” shouts Adult Ralphie. We all hear the infamous voice of (Jean Shepherd) who narrated ‘A Christmas Story‘. For those of us who own the Blu-Ray copy and watch it repeatedly to get into the Christmas spirit or those who tune in and watch the TBS Christmas Day Marathon. 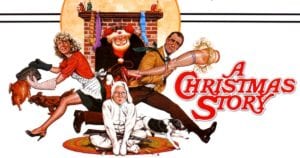 This nearly 35-year-old Christmas Cult favorite is about to get a facelift. Fox will be airing ‘A Christmas Story: LIVE!’ this holiday season. These are the same producers who brought us ‘Grease: Live!’ in 2016.

While they are still casting for the lead role of Ralphie, a serious and dedicated 9-year-old boy with only one item on his Christmas list. However, it is the holy grail of Christmas gifts, it is ” a Red Ryder Carbine-Action 200-shot Range Model air rifle with a compass in the stock and “this thing which tells time”.

Fox has recently announced that (Matthew Broderick) will be the narrator aka “Adult Ralphie” who will have big shoes to fill. (Jean Shepherd) who not only was the voice of adult Ralphie but he also wrote the novel “In God We Trust, All Others Pay Cash” which the movie and screenplay were based on. 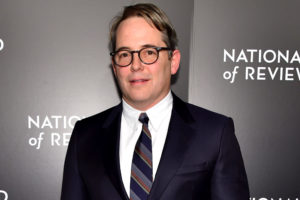 Fox has plans to work with (Benj Pasek) and (Justin Paul) who composed the original score the Broadway’s ‘A Christmas Story: The Musical’ so that their “Live” production will include several new songs.

Ooohhhhhh Fudddddggggeeeee I almost forgot to mention you will be able to catch ‘A Christmas Story: Live!’ on December 17th on Fox!