At the New York Toy Fair happening this weekend, Mattel presented it’s idea that actually dates back to the 60s. 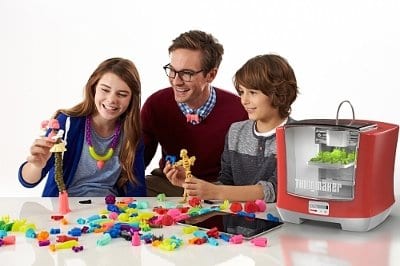 They are going to bring back ThingMaker, a popular toy that used to generate bugs and other small toys for kids. The updated ThingMaker will do the same, allowing kids and parents to print action figures, jewelry, and wearables at home, but it uses the 3-D printing technology.

The system is available for pre-order on Amazon but will not ship until the fall, and will retail around $299.