A new poster for the forthcoming The Matrix Resurrections, geared toward an international audience, features its main stars — Keanu Reeve’s Neo and Carrie-Anne Moss’s Trinity — cutting impressive figures. In the poster, the pair prepare to stroll down an ominous set of stairs while the urban landscape behind them disintegrates into strings of green code.

The poster, announced on Warner Bros. UK’s Twitter account, had an accompanying motto: “Return to the source.” 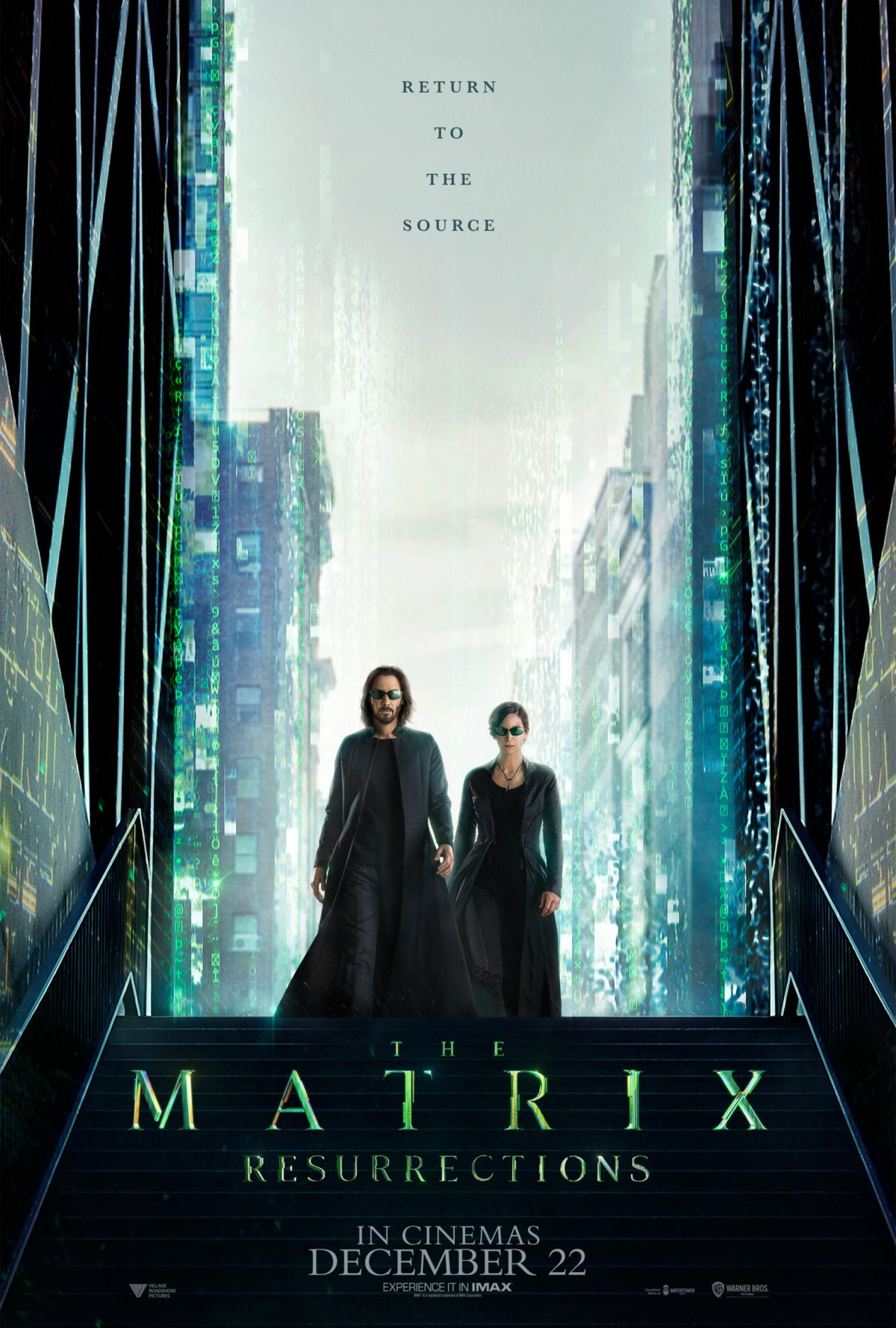 The forthcoming film is touted as being both a direct sequel to the original trilogy and a reboot of sorts that may set the stage for perhaps a trilogy of its own.

There’s a lot of speculation circulating ahead of the film’s release next month, with much of it being derived from an exposition dump from The Matrix Reloaded‘s The Architect, portrayed by Helmut Bakaitis, in which the humorless program who created the digital dream world central to the films reveals Neo is in fact the sixth iteration of the chosen one.

In addition, due to Neo being a anomaly that crops up with each generation of the Matrix, the A.I. overlords in the film have had to reboot the digital world six times as well.

This scene raised a lot of questions that may apply to the upcoming film. Is this newest adventure following the same Neo we’re familiar with from past films? Or is he the seventh iteration, as perhaps implied by The Architect’s epic monologue? If this is a brand new Neo, does that mean this will be a new Matrix as well?

We’ll have to see any of the unanswered questions from the previous trilogy will be answered when The Matrix Resurrections hits theaters Dec. 22.