“A flash of lightning illuminated the object and discovered its shape plainly to me; its gigantic stature, and the deformity of its aspect, more hideous than belongs to humanity, instantly informed me that it was the wretch, the filthy demon to whom I had given life.”—Victor Frankenstein (Mary Shelley’s ‘Frankenstein‘) 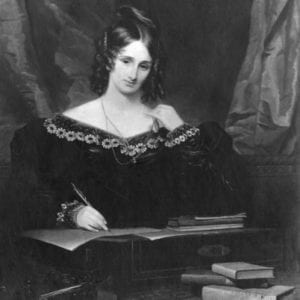 This January Mary Shelley’s ‘Frankenstein‘ turns 200. One of the most famous novels in history was released on January 1, 1818, by a 19-year-old Mary Shelley. The story came to her during a stormy night on Lake Geneva. 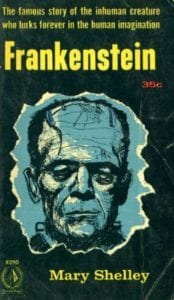 Mary Shelley’s ‘Frankenstein‘ has given us one of our most iconic movie monsters. However, “Frankenstein” was not actually the monster but his creator. Victor Frankenstein who was a man of science became obsessed with his mission to re-animate a corpse and bring it a new life. However, once he did realize just how true the old saying “Just because you can, does not mean you should” really was. After bringing his “monster” to life, he leaves it behind because he can not deal with what he had done. In his absences, the “monster” teaches himself to talk and read so he could understand what is going on around him. The “monster” does accidentally kill Victor’s brother but not in a slasher movie kind of way. The “monster” gets a bad reputation for being just that, a monster. 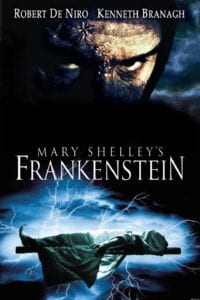 Mary Shelley’s ‘Frankenstein‘ has spawned many movies over the last 100 years everything from horror to even comedy however in 1994 her novel made it to the big screen starring Robert De Niro, Aidan Quinn and Helena Bonham Carter. I am sure we will see Victor Frankenstein and his “monster” on the big screen many more times as they have lasted 200 years and I am sure they will last 200 more.

I have always felt the “monster” in the story was Victor Frankenstein. He had developed a “God-Complex” and in the middle of a power trip, he discovers that he is just a man and instead of fixing the nightmare he created he runs away. However, when we think of “Frankenstein” we see the giant green monster in a bad suit that does not fit. I think it really sums up how we sometimes see the world. We judge someone based on their appearance and decide then if we like them or if we are afraid of them, but what we really need to worry about is the monster that is sometimes lurking inside the person who looks just like you and me.