Marvel Studios has revealed the cast for their upcoming film Thunderbolts! The ensemble of actors coming together to play the Thunderbolts was certainly a headlining event during Marvel’s presentation at D23 Expo 2022.

The Thunderbolts are a cool little twist on Marvel Studios’ tradition of showcasing their all-star casts in films like The Avengers, Guardians of the Galaxy, or Eternals; this team will be comprised not of heroes but ne’er-do-wells from the MCU’s darker realms.

Though she wasn’t in attendance, Florence Pugh (Yelena Belova/Black Widow II) is confirmed for the film. A cast photo before today’s panel revealed that Wyatt Russell (John Walker/US Agent), Hannah John-Kamen (Ava/Ghost), Red Guardian (David Harbour) and Julia Louis-Dreyfuss (Valentina Allegra de Fontaine) are all part of Thunderbolts – and Sebastian Stan’s Winter Soldier is too! Concept art also showed that Black Widow’s Taskmaster will be on the team. 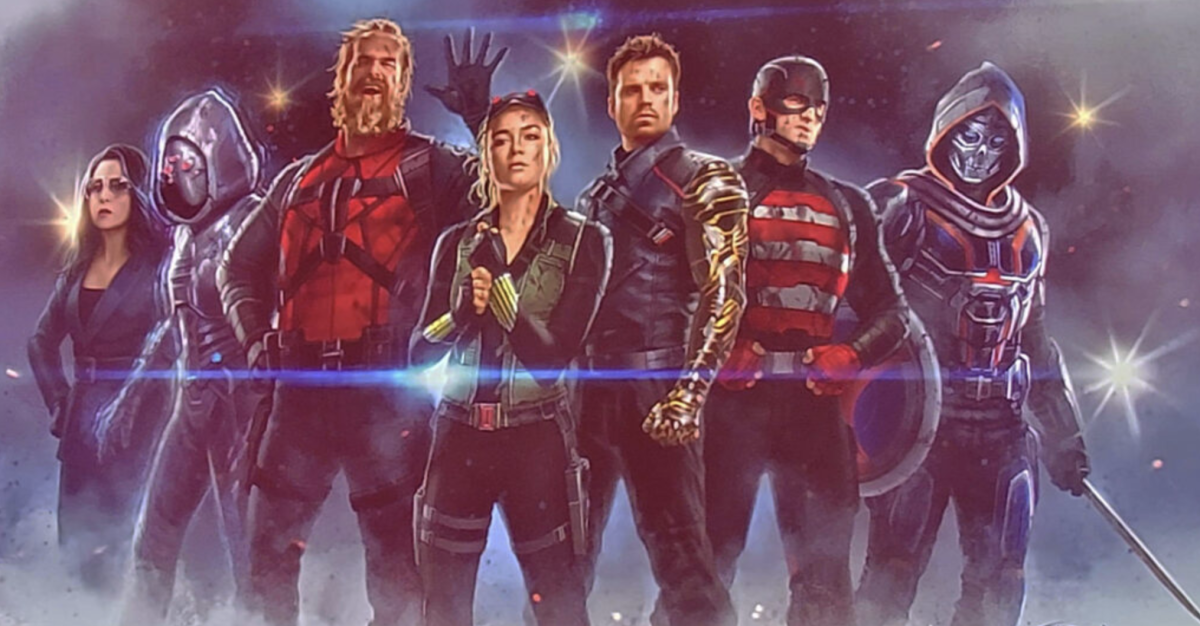 The upcoming film, based on the beloved novel by John Green, is set to be written and directed by Mas Ember (13 Reasons Why). Eric Pearson (Black Widow) will write the script.

In Marvel Comics history, Thunderbolts was a series that started by selling fans on the idea of a new 1990s superhero squad. However, it took a surprise twist when it revealed that the team was actually made up of villains posing as heroes.

Over the years, that idea has transmuted into everything from bad guys posing as heroes to evil people seeking atonement as heroes; a group of superheroes, villains, and anti-heroes drafted into government service; and even a low-rent team of disposable villains forced on a suicide mission by Kingpin.

This year, Marvel comic series just got a makeover with the Thunderbolts becoming the only government-sanctioned superhero team. With Hawkeye at its head, this eclectic group of heroes is not only an Avengers-style squad but also apublic relations tool.

Everything we’ve seen in Phase 5 up to this point suggests that Thunderbolts will be the end of Phase 5, with a new world order of bad guys at the front and good guys on their heels.

This Thunderbolts movie seems like it could be a mix of several different versions of the comics. What are your thoughts! Let us know in the comics below!