Deadpool was without a doubt, one of the best ‘superhero’ movies that has ever come out. That’s not just an opinion, multiple statistics and box office records will also back up that theory.

After 20th Century Fox’s superhero movie Deadpool scored big at the box office this year, some fans were hoping that this would also convince Marvel Studios to take more risks and perhaps go a little darker in regards to their superhero character story-lines, plucking more directly from some of the true comic book roots and personalities.

While Deadpool is a Marvel comic book character, as most of you probably know, Marvel Studios was not the production company for the film. In the 1990s, Marvel Comics began selling off the movie rights of its characters, so only certain studios could use them. When Marvel started getting its rights back, they created their own studio (Marvel Studios) to launch a shared universe of the films 20th Century Fox moving forward with the standalone movie after at least five years of preparation. Just to give you a visual for who owns which movie production rights to each character, I’ve inserted the chart below: 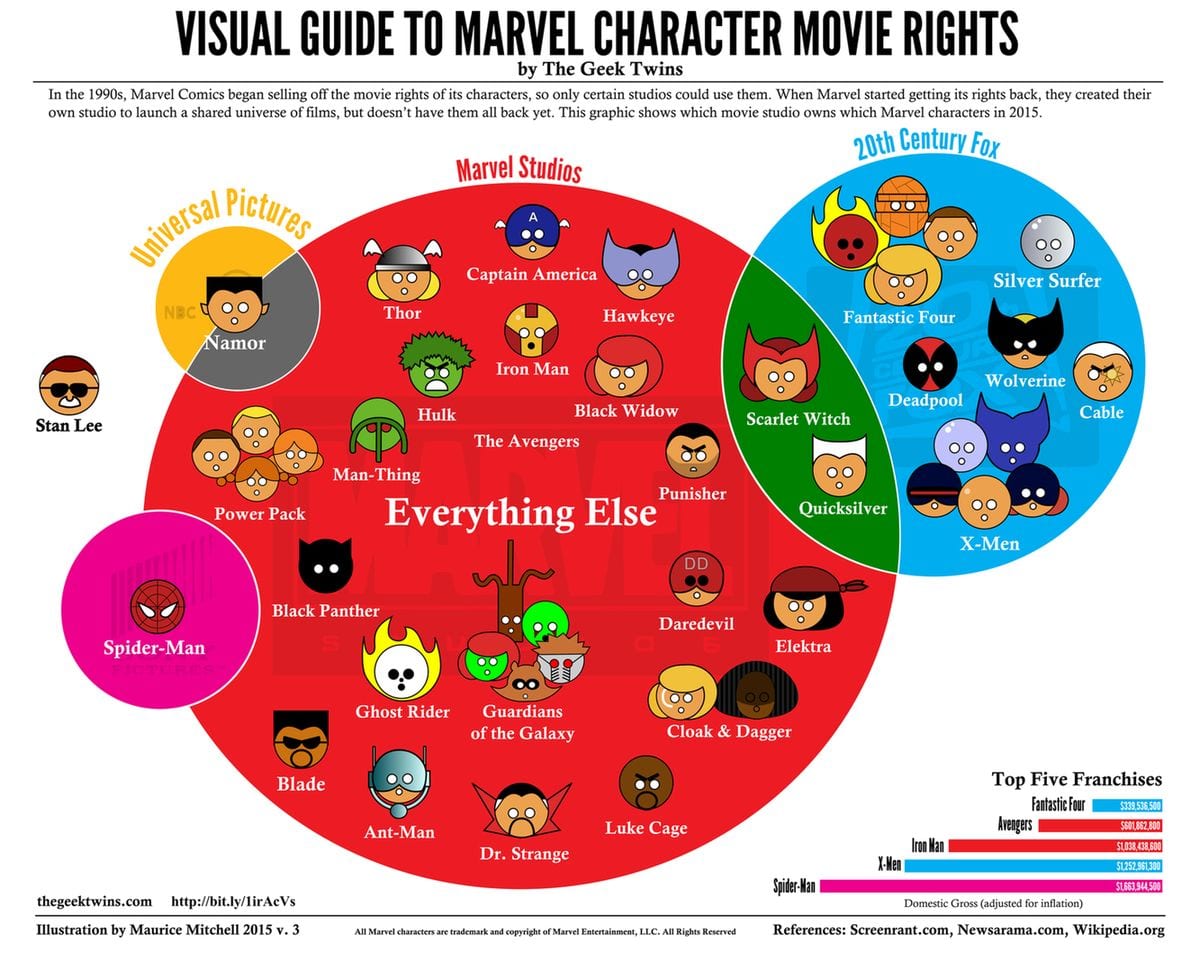 In a recent interview with Deadline, Kevin Feige, President of Marvel Studios, was asked the following question:

DEADLINE: Deadpool was just such a lightning bolt, an R- rated movie Marvel Comics character that shows there is room for racy superheroes. You are at family-friendly Disney. Any thought to getting into the R-rated superhero game?

Feige then explained what he believes made Deadpool a success, and while the R-rating didn’t hurt, he understands that it wasn’t the sole determining factor in garnering acclaim and box office bucks.

FEIGE: No, we’ve not had any specific conversations about that. And that is only part of the takeaway from Deadpool. The thing that Deadpool shows is, when you present something unique to an audience, they will respond to it. When you present something as popular as a superhero character, in a different and unique and crazy way as they did in Deadpool, it demands attention and audiences went to it. They pulled it off. Tim Miller did a tremendous job. The other secret, and why it’s still a secret, I don’t know, but they just took what Deadpool is in the comics. He breaks the fourth wall. He talks into the camera. He doesn’t give a dang about any of the other heroes. He doesn’t take anything seriously. All of that is what made Deadpool so popular in the comics. Tim and his writers and Ryan Reynolds were able to get that and even magnify that up on the big screen. We’ve always said if there’s any “secret” it’s respect the source material, understand the source material and then, any adaptation you make from the source material should be done only to enhance whatever the original pure spirit of the source material was. Deadpool hit on all cylinders with that.

Deadpool has always been a beloved character in the comic book universe, one could argue that it would not have gained as much attention if Deadpool wasn’t given the boundary push of the R-Rating. He got to be himself! The writers were able to color the character’s personality exactly as it was from the comics. Regardless, the film was absolutely beautiful.

Personally, as long as whichever studio is producing the film does not completely taint the character, I am okay with it. Would I like to see Marvel consider the possibility of exploring some ‘darker’ or ‘risque’ story-lines and potentially go down that R-Rated route? Sure, that would be pretty cool.

However, as long as the superhero movies keep on coming, I’m not going to complain.