Marvel is teasing a new team of X-Men. Marvel released a teaser for a classified new X-Men comic book. The teaser says “March 2020” and features the silhouettes of a group of characters.

The characters will be revealed with tweets from the Marvel Comics Twitter account throughout the week. You can see the teaser below and make your own guesses. 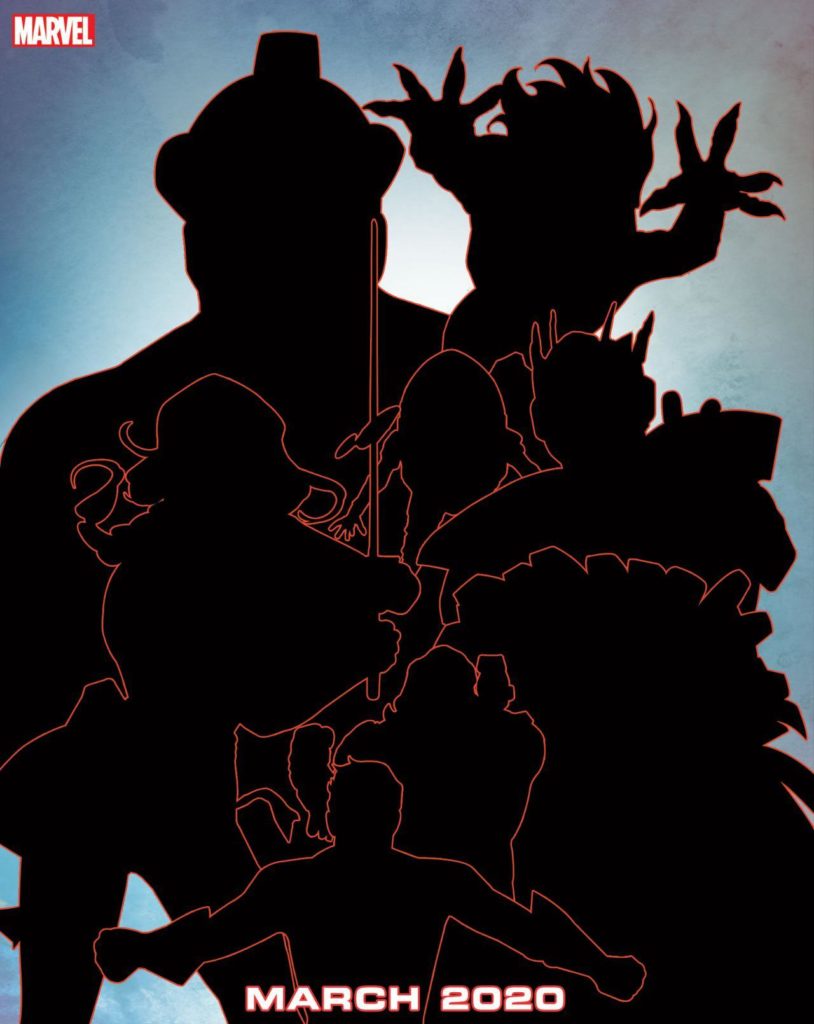 A team of mutants like you’ve never seen before. Coming March 2020.

First up, Psylocke and Havok. Can these two keep Krakoa’s troublemakers in line? #MarvelComics pic.twitter.com/bkXExj75g2

What are the best guesses for the rest of the team? Ours are Nanny, Orphan Maker, Maggott, Mister Sinister, and Vulcan

Jonathan Hickmen discussed the future of the X-Men at SDCC. “House of X and Powers of X lay the groundwork for a whole new world of X-Men stories for years to come, and the Dawn of X books are the promise of that new world come to life,” said X-Men Senior Editor Jordan D. White in a trailer for the first wave of Dawn of X. “They are the start of the new era that will change how we think of the X-Men and the kinds of stories we tell with them. It all begins here.”

Check out the video below and let us know your thoughts in the comments.