Get ready to feel patriotic with the launch of Marvel’s all-new series, U.S.Avengers!

Written by Al Ewing, the first issue will feature over 50 unique variants assigning one Avenger to all 50 states. Such favorites include Sam Wilson (assigned to protect Maryland), Iron Man (California), Black Widow (Connecticut), and Winter Soldier (Indiana). The official description is as follows – “The security of the Marvel Universe is fractured. The world’s first line of defense, S.H.I.E.L.D., can no longer be trusted. The United States no longer has a super-spy agency with its best interest at heart – until now. Prepare for the U.S.Avengers!”

“Marvel’s U.S.Avengers State Variants are a chance for fans and retailers to show their hometown patriotism paired with some of the biggest Avengers from the Marvel Universe. We knew that a series with the name U.S.Avengers would evoke a sense of honor with all our fans and we really wanted to go that extra step and offer a variant campaign that would allow our readers to show their hometown pride across this great nation – even our neighbors Canada and Puerto Rico! Expect their own variants as well, said David Gabriel SVP of Sales and Marketing for Marvel.”

Check out the variant covers below! 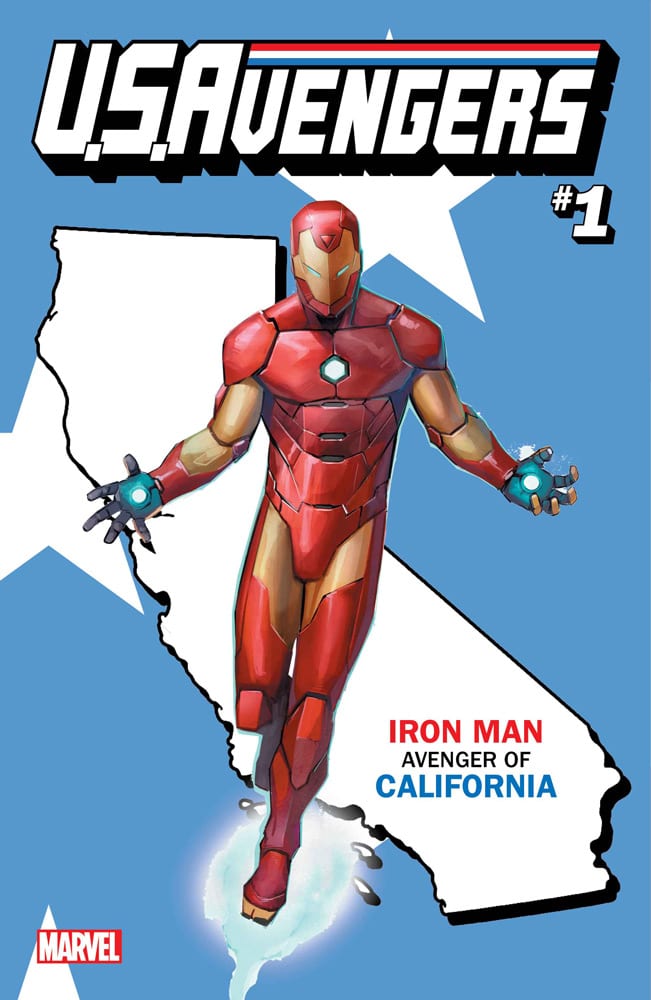 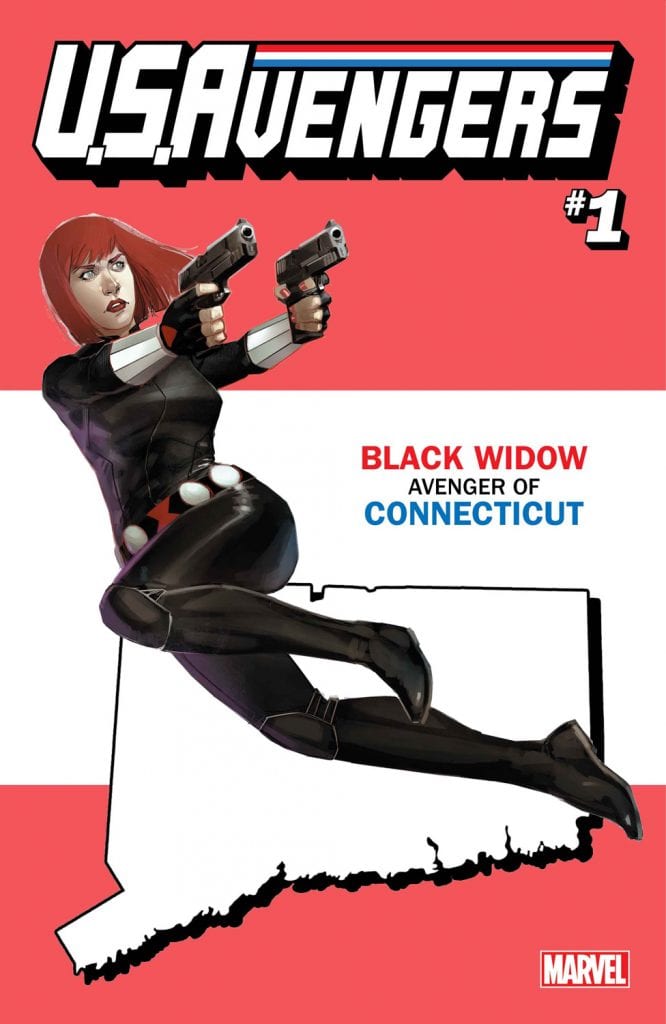 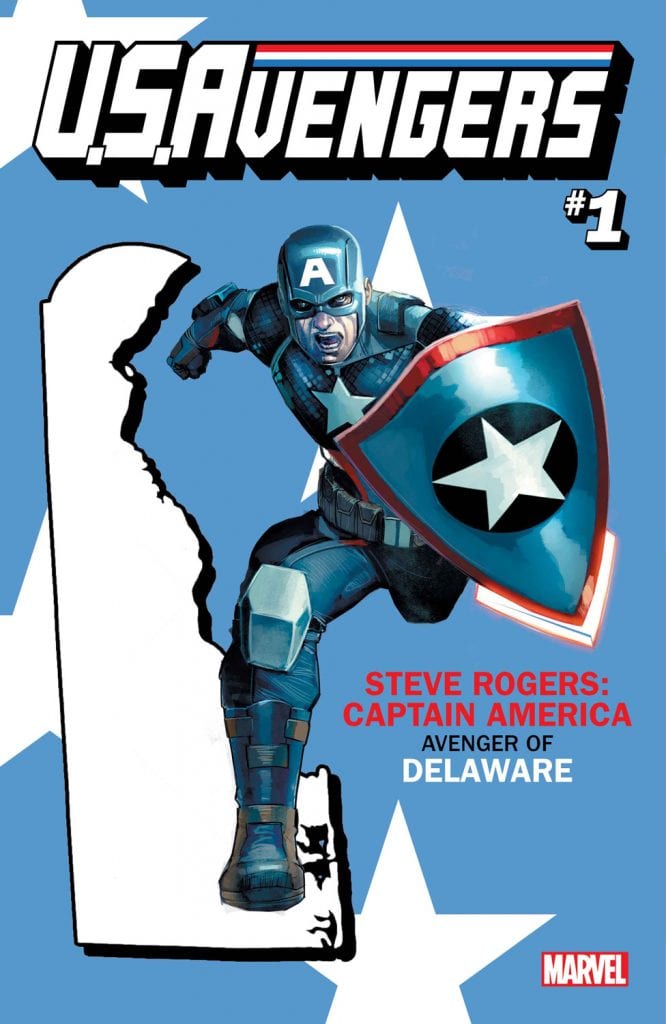 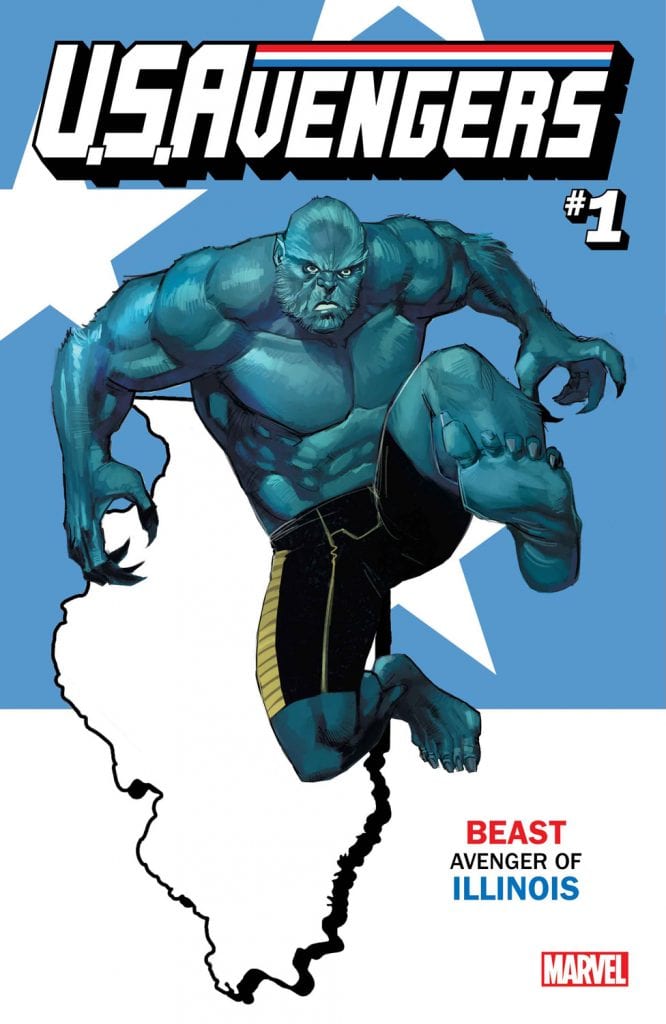 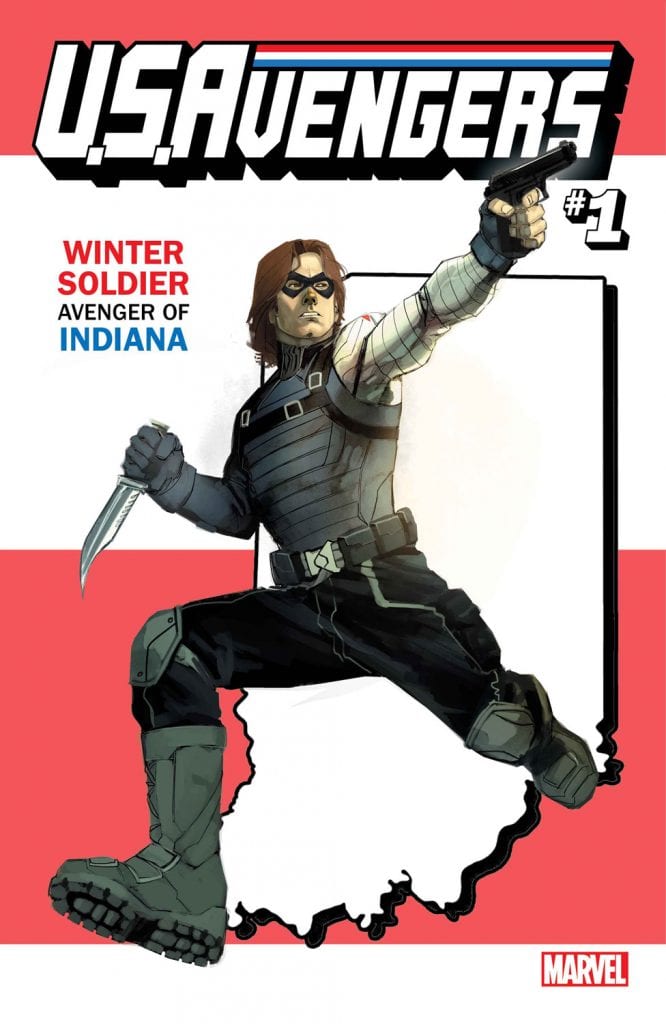 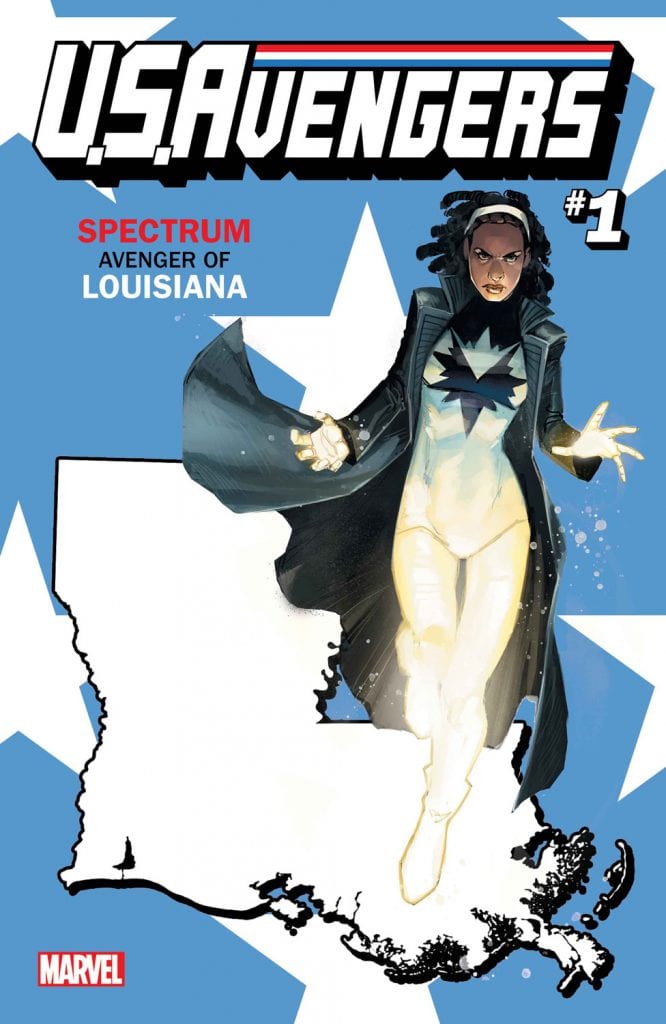 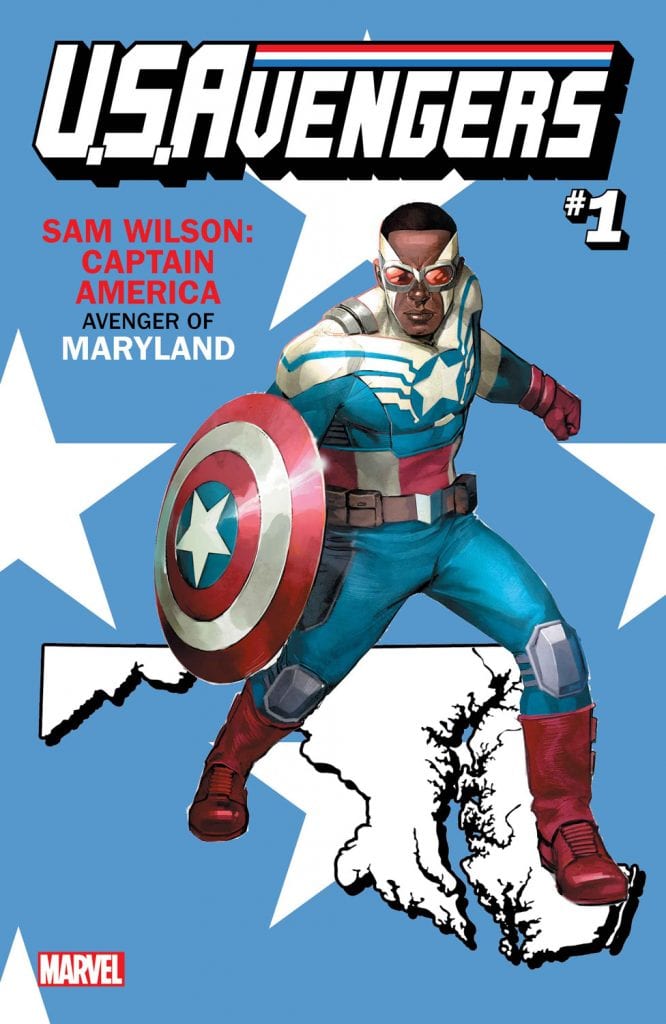 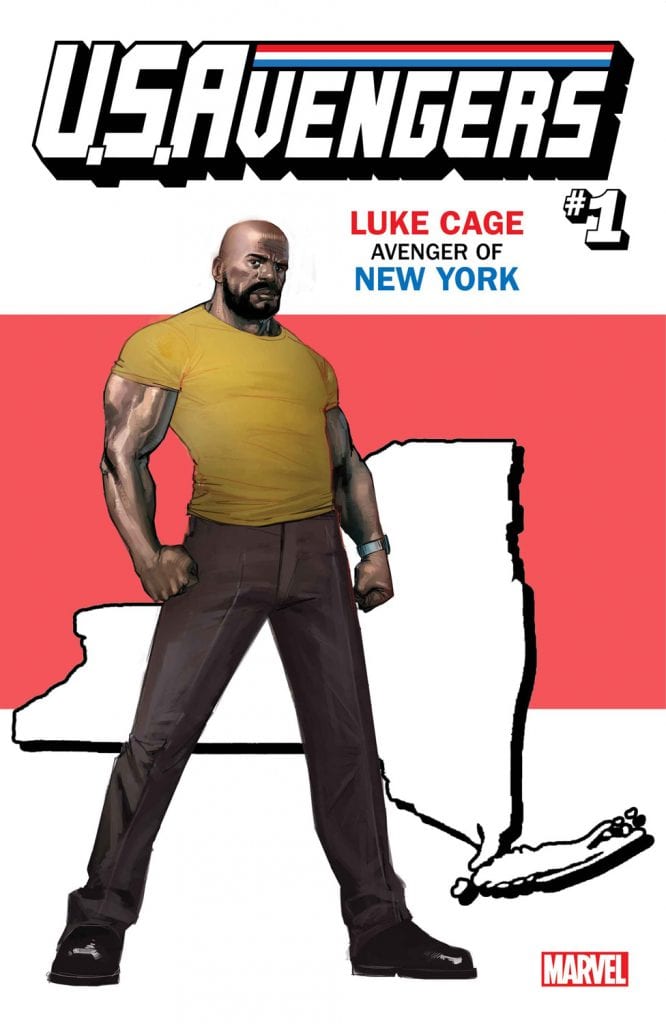