Star-Lord instantly became a Marvel Universe fan-favorite with the arrival of Guardians of the Galaxy into the MCU.  Chris Pratt’s humorous, easy-going portrayal of the character made Pratt a star (pun intended) and Guardians one of the biggest franchises. Now, in the comic book realm, a new layer has been added to the character, Star-Lord.

Marvel officially confirmed that Star-Lord is bisexual in its most recent edition of the comics. Star-Lord is a ladies man and now he’s more.

According to Screenrant, ““I Shall Make You a Star-Lord” is an ambitious one-off storyline from writer Al Ewing, artist Juann Cabal, colorist Federico Blee and letterer Cory Petit. In it, it’s revealed that Quill didn’t die in an apparently fatal explosion back in issue #2 and was instead shunted into a parallel universe, where he’s trapped on the planet Morinus for a total of 140 years. His companions on his journey through the Twelve Houses of Morinus are Aradia and Mors, a blue-skinned humanoid couple that Quill embarks on a polyamorous relationship with.” 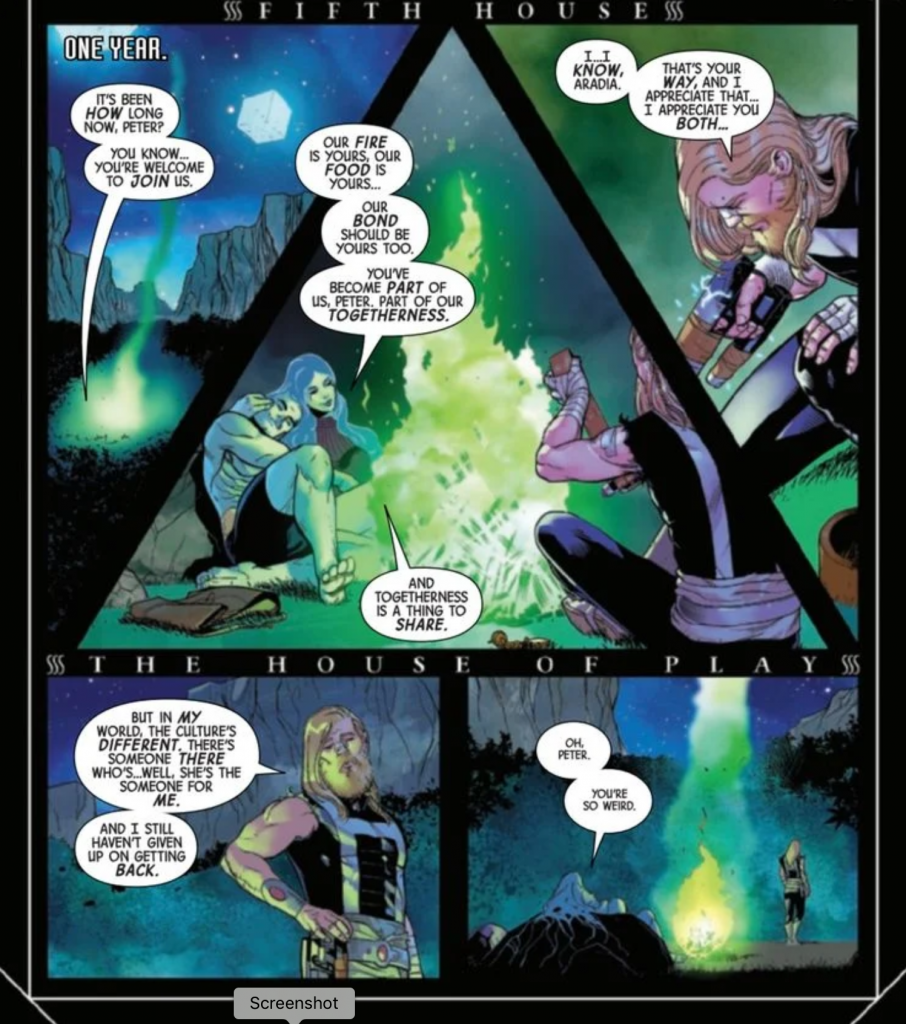 At first, in the issue, Star-Lord’s opposed to the idea of bi-sexuality, as he still has hope of returning home to Gamora.  However, after 12 years, Star-Lord starts to see Aradia and Mors as his home and the trio shares a romantic, intimate moment while bathing together in an ancient temple.  Nearly fifty years later, Morinus is attacked by the Gods of New Olympus who are pursuing Star-Lord. He returns to the temple and finds a way to travel back to his home, sharing a tearful goodbye. 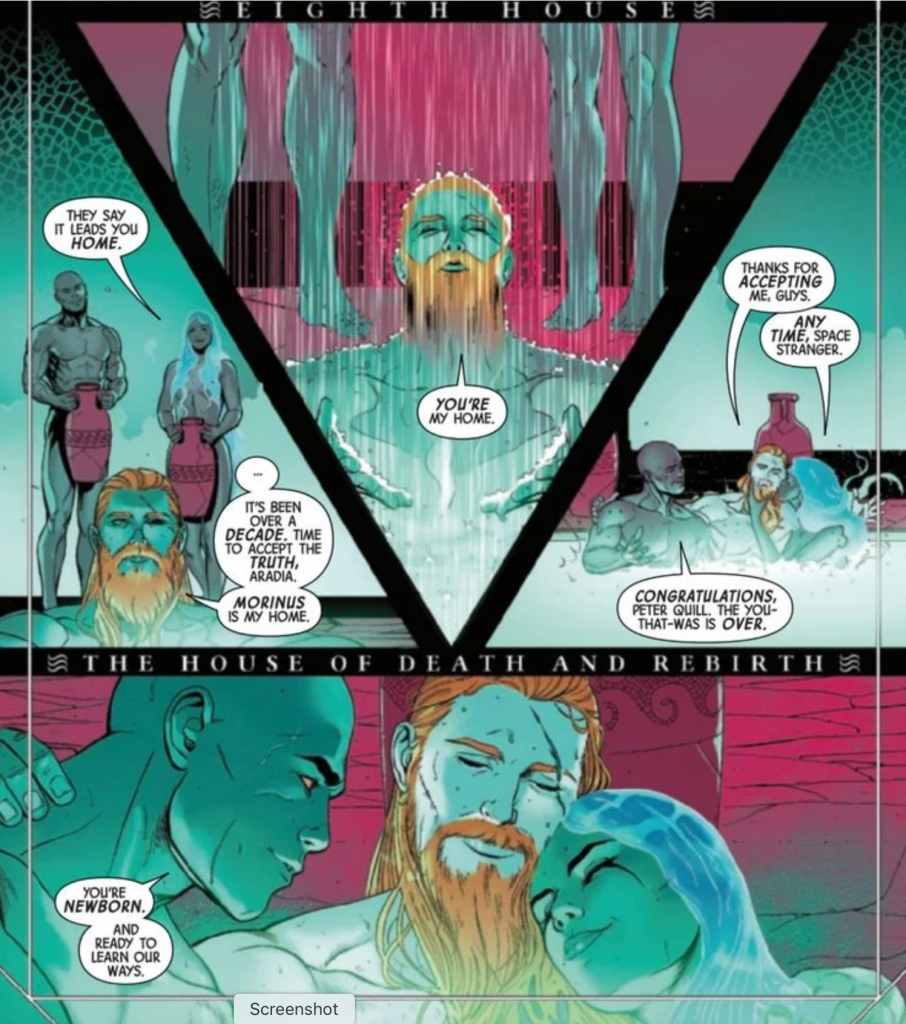 Aradia, Mors, and Quill aren’t the first LGBTQ relationship Ewing’s tenure has added to the comic, with Hercules and Marvel Boy kissing in the heat of battle some issues earlier. It’s unclear whether Quill’s sexuality will make it into future MCU projects centered around Star-Lord, but Guardians of the Galaxy #9‘s tender exploration of Peter Quill losing and then finding happiness is indicative of the high quality of the series so far, and comics’ ability to make bolder moves than other media based on the same characters.

Will this be a permanent part of Star-Lord’s character or be contained just to this run of the comics? It will be interesting to find out.

What are your thoughts? Let us know in the comments below.