The Falcon And The Winter Soldier aired its fifth episode on Friday, and it was a shocker. The episode teased so many things while also bringing a couple to a close. For example, John Walker will no longer be Captain America going forward. Thank God, because I don’t know how much more of that I could handle. He’s undoubtedly going to stick around the MCU for some time, and I think he’s going to be the next Falcon. He kept the wings after all. The writer behind TFATWS thinks the actor is actually on the verge of blowing up! Not only is Ramirez in The Falcon And The Winter Soldier, but the actor also has a big role in Top Gun: Maverick. Seems like everyone is excited about Danny Ramirez’s future. 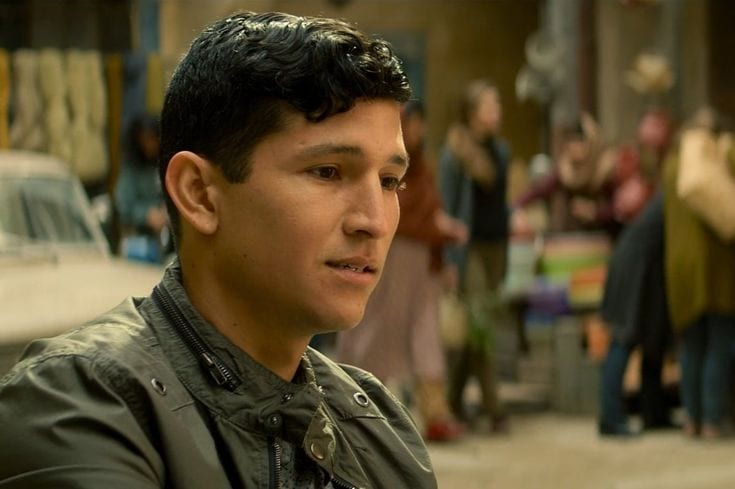 Malcolm Spellman, writer for The Falcon And The Winter Soldier, did a profile for Ramirez with THR, “He’s going to blow up. It’s not because he’s doing big stuff, it’s because everybody — Marvel execs, creatives, filmmakers like me, and fans — are all having the exact same reaction. … He is one of those people who feels inevitable.” he told them. Of course he couldn’t talk about where exactly the character is headed, but that’s okay. Deep down we all know that he’s most likely going to end up as the new Falcon.

Kari Skogland, director of the show, spoke about the actor as well, “I think even as a person, he was a little bit fanning out with the Anthony and the Sebastian Stan of it. “He legitimately was pinching himself that he was part of the project. That came through.”

The Falcon And The Winter Soldier only has one episode left, and it’s all leading to a huge showdown. Whether or not Torres will even show up in the finale remains to be seen, but we can hope. Maybe we’ll see him suit up this early. It’s safe to say the MCU is on its way to having its own Young Avengers, and the line-up is shaping up nicely. Now, of course, nothing is confirmed but… c’mon.

Are you as excited for Danny Ramirez’s future as Disney is? Let us know below!

The Falcon And The Winter Soldier will air its finale next Friday on Disney+.