The studio announced on Wednesday that the epic culmination of 11 years in the Marvel Cinematic Universe will be available on Digital starting July 30th, and on 4K Ultra HD, Blu-ray/DVD, and On-Demand starting August 13th. 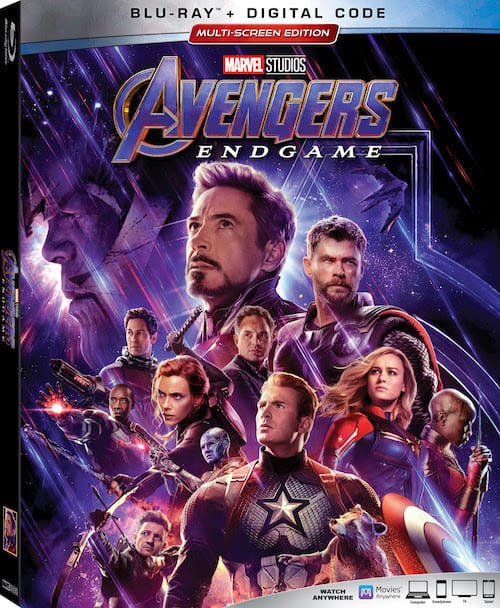 The film broke box office records and brought the 11-year journey of the beloved Marvel Superheroes to a thrilling conclusion earlier this year. Endgame currently hails as the biggest opening weekend in history for any film and is also one of the highest grossing films of all time.

No home release would be complete without some awesome bonus content.

The bonus features Include:

Early Digital viewers will also be treated to an exclusive Steve and Peggy featurette!

The official one-liner for Avengers: Endgame reads, “The grave course of events set in motion by Thanos that wiped out half the universe and fractured the Avengers ranks compels the remaining Avengers to take one final stand in Marvel Studios’ grand conclusion to twenty-two films, Avengers: Endgame.”

What do you think about the new trailer and the upcoming home release? Will you be buying Avengers: Endgame to add to your collection? Let us know your thoughts in the comment section below and check out the trailer below for the upcoming Digital and Blu-ray release of the most epic film of 2019, Marvel’s Avengers: Endgame.

Home » Movies » Here’s When Marvel’s ‘Avengers: Endgame’ Will Be Released on Blu-ray and Digital

One thought on “Here’s When Marvel’s ‘Avengers: Endgame’ Will Be Released on Blu-ray and Digital”