Over the summer, Marlyne Barrett, who plays head charge nurse Maggie Lockwood on NBC’s Chicago Med was diagnosed with uterine and ovarian cancer. The 44-year-old actress told PEOPLE that doctors discovered a tumor on her uterus and left ovary that was the size of a football. By telling her story, Barrett hopes to encourage others to share their uncomfortable truths as well.

On Chicago Med in 2019, she portrayed a breast cancer survivor who battled the disease on television. On social media, she received an enormous number of positive reactions from fans.

Therefore, when Barrett was diagnosed with cancer last July, she decided that eventually she would break from her private nature and speak about her health to the public.
“I’m an extremely private person, but I felt a responsibility to tell my story,” The Wire actor said. “After my character was diagnosed with breast cancer, I received an outpouring of support from people via social media “They inspired me to be brave. As a result, I felt an air of inevitability as I approached their souls and expressed my love for them,” she says. 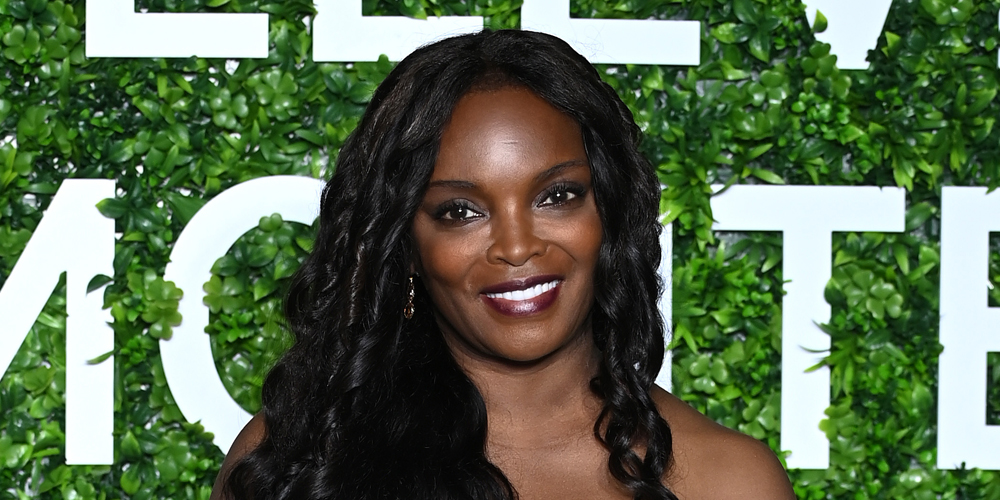 Barrett’s condition can be traced back to a hernia surgery she underwent in April. She began to feel odd about two months ago, according to Barrett. “I looked like I was nine months pregnant. And I also had shortness of breath, but no pain, which was interesting,” she said of her bloated appearance. Furthermore, she had trouble breathing and no pain, which was strange, according to the magazine.

On July 18, doctors said she had a mass on her ovary and uterus—leaving her in complete shock. Her family had no history of uterine or ovarian cancers. Barrett didn’t believe the diagnosis until they showed her the CT scan. “The first questions were, ‘Am I going to live?’ I just fell into my husband’s arms. It still takes my breath away when I think about it,” she said tears forming in her eyes.

In January of this year, after her oncologists informed her that she would require “aggressive” chemotherapy before a hysterectomy, Barrett decided to face the situation head-on. She added, “There’s no running from it because it’s my life. And eventually, you just surrender because it’s so much bigger than anything you’ve ever faced. I found this courage and I just hunkered down and said, ‘I’m going to face this.'” she said, crying as she remembered doing it in front of them so they’d see that mommy is still here.”

In 2009, the singer married pastor Gavin Barrett. They have two children: Joshuah-Jireh and Ahnee-N’Urya. “I get pins and needles in my limbs from the chemo and he’ll drop everything to give me food and hand massages. He’s dropped everything just to give me love.” said Barrett of her husband. “I’m married to the most incredible man,”

During her illness, the Chicago Med crew has been very helpful. She will continue to appear on the show, but she must arrive an hour earlier than usual to “get my bearings” before filming begins. During the day, she naps and takes frequent days off as well. The costume department did an “incredible job” according to Barrett, and she stated that her character already wears a wig in her role on the show.