Season 2 of The Handmaid’s Tale is heading into unchartered waters as the first season finale left off where Margaret Atwood’s original novel ended. So, when showrunner Bruce Miller revealed at the 2018 Winter TCA Press Tour that Academy Award Winner Marisa Tomei would be guest-starring everyone was dying to know just what her role would be. The only tidbit that Miller provided was that the episode would involve the often mentioned and radiation-soaked Colonies from Season 1. 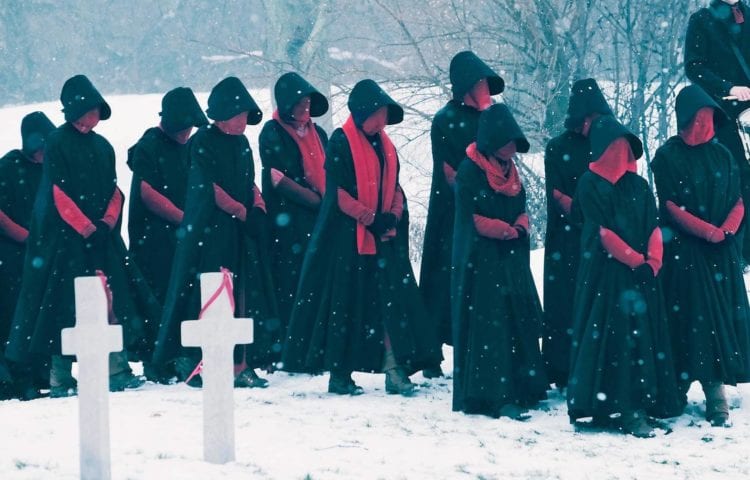 In an interview with E! Online after the show’s panel, the show’s star and Emmy winner Elisabeth Moss remained pretty tight-lipped about the specifics, but she did clue everyone in on just how Tomei’s involvement came to be – and it turns out we have her to thank!

“I’m not going to be the one to get into trouble. But yes, Marisa Tomei is in and I had the pleasure of working with her in a play reading, actually, with Lena Dunham in New York. When this role came up—she wanted to do TV. I remember she said to me at the reading, she was like, ‘I want to do some more television.’ So when this role came up, I was like, ‘What about Marisa Tomei?’ I mean, it was a good get for us.”

Tomei won the Academy Award in 1992 for her supporting role in My Cousin Vinny and has an impressive roster of films including The Wrestler, The Big Short, and In the Bedroom. Most recently she played Aunt May in Marvel’s Spider-Man: Homecoming. 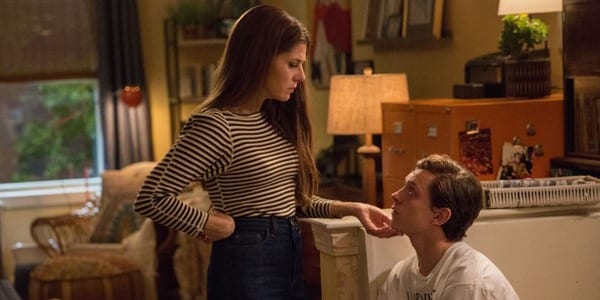 The season 1 finale of The Handmaid’s Tale found Offred pregnant with Nick’s child and finally being liberated from the Commander’s house. The final shot showed Offred stepping into a police van, being shipped off to a mysterious fate. The series will return to Hulu this April and you can check out the ominous teaser trailer below!

WATCH: Hulu Unveils a Haunting New Trailer and Premiere Date for Season 2 of ‘The Handmaid’s Tale’