In July, Mariah Carey‘s Atlanta home was burglarized while she was on vacation in Italy. The singer was staying at her $20 million Hamptons mansion when the burglary was reported to police on July 27. So far, there hasn’t been any information released about what, if anything, was stolen from the home.

Last month, Carey and her twins Monroe and Moroccan spent a week in Italy with boyfriend Bryan Tanaka. While they were away, thieves broke into their house and stole their possessions.

The trust that shares the same name as Carey’s other properties and businesses bought an Atlanta mansion for $5.65 million in November 2021. The 13,000 square-foot property has nine bedrooms and thirteen bathrooms, a gourmet kitchen with top-of-the-line cooking equipment and white marble, a large family room and movie theater, and a fully equipped gym with mirror walls.

The estate features a swooping gated driveway, a swimming pool and pool house set against dense woodlands, a guest apartment with a fireplace, and a children’s playground. Carey is not even the most famous resident of the sprawling estate. Dwayne “The Rock” Johnson rented the house a couple of years ago. A power outage once trapped the actor on the property while cast and crew awaited his arrival on set, so he ripped the wrought-iron gates right off the brick pillars, according to Dirt. 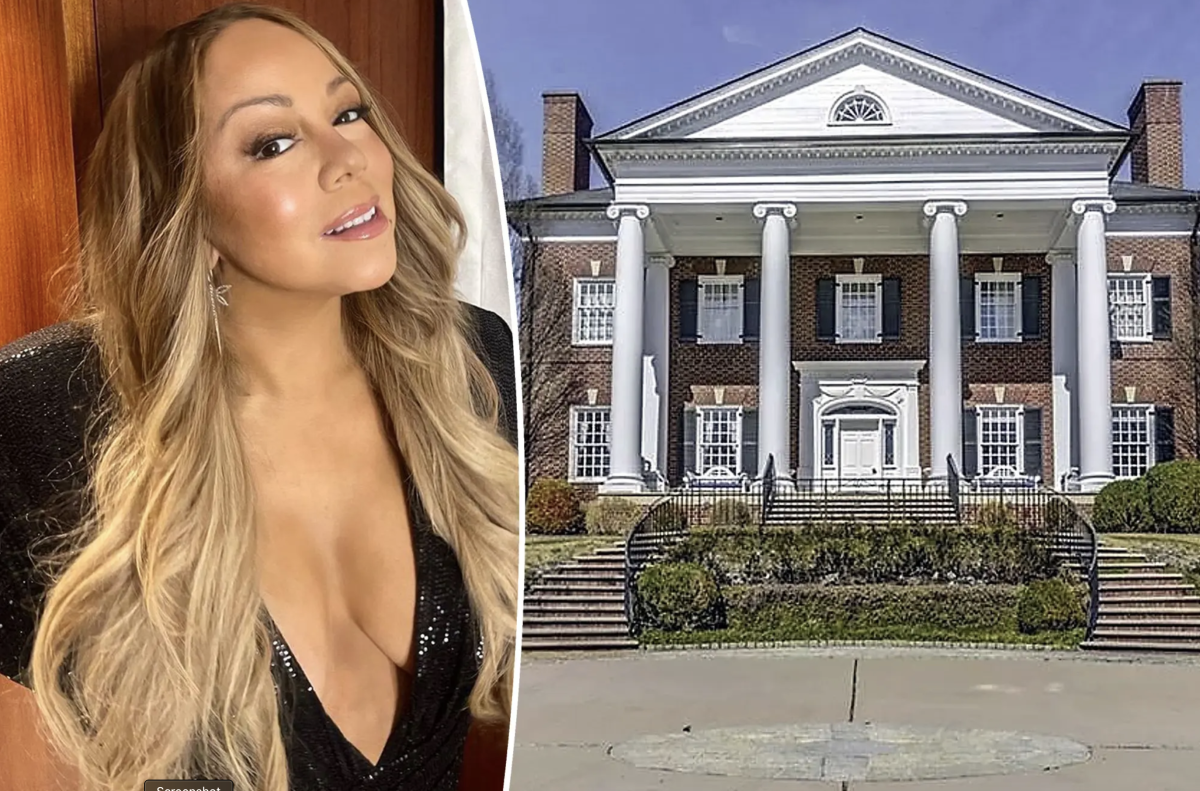 Carey has been known to move around a lot and has rented several homes in the past, including in Los Angeles and the Hamptons. Recently, she stayed in a luxurious mansion with a violin-shaped pool during her Covid quarantine. Additionally, she oversees a penthouse in lower Manhattan and a three-acre beachfront compound on an exclusive island in the Bahamas.