The Mandalorian has only been back for a couple of weeks and it’s already fixed one of the biggest problems with its first season: continuity. One of the biggest complaints I’ve found about The Mandalorian is the fact that people didn’t like how each episode felt self-contained. Even I was among these people. So far, however, season 2 seems to be doing both. Kind of. The way this episode is it could easily work on its own but it’s obviously heading towards something, which makes the whole thing feel worthwhile. I’m not sure how long we’re going to be on this ‘looking for Mandalorians’ plot, but with only 6 episodes left in the season, I hope not too long. Then again, if they’re all as entertaining as the last couple of episodes, it won’t be too much of an issue at all. This is our The Mandalorian episode 2 review. Of the second season, that is.

The Mandalorian seems to like to keep things as simple as possible. The premise of this episode is rather simple. Bring a frog lady to where she needs to go and you find out where the Mandalorians are. The premise itself isn’t what makes this episode so amazing so much as its execution. The Mandalorian continues to expand the Star Wars universe with new creatures and returns to favorite locals. I consider myself a casual Star Wars fan. I’ve watched the movies and read a couple of novels and comics and that’s it. I’ve never even watched the entirety of the clone wars, despite wanting to. Even I could tell that the cantina was the same one from A New Hope, y’ know, where Greedo shot first. It’s small things like that which are awesome to see sprinkled throughout. Meanwhile, we keep getting introduced to new stuff as well. I’ve never seen those frog people or spider creatures in Star Wars before. It’s entirely possible they existed, but I’ve never seen them. They might have been obscure before the Mandalorian, but that’s why this show is so awesome. It’s helping bring more obscure elements of the Star Wars universe to more casual fans. 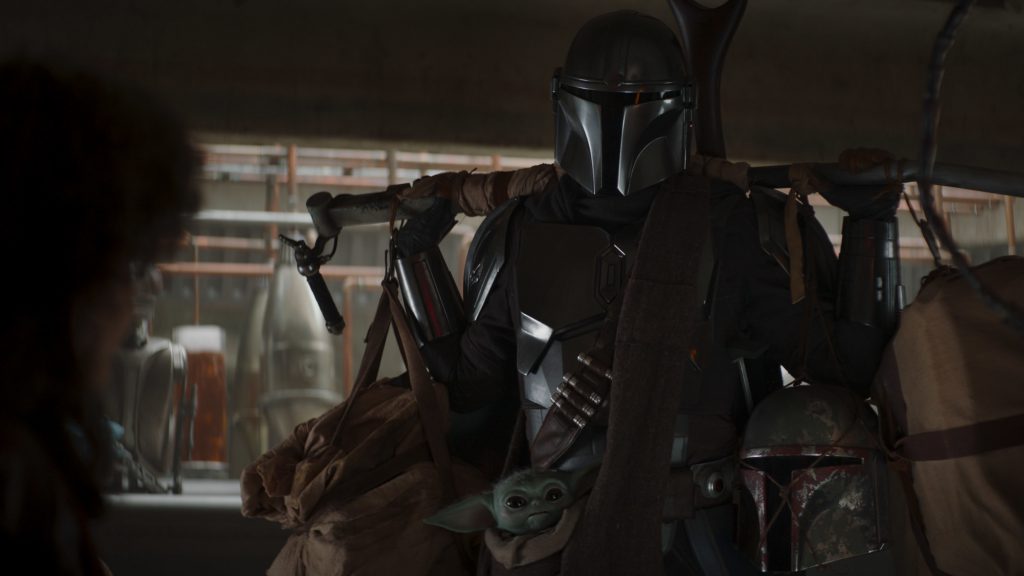 This episode was filled with action from beginning to end. Season 2 is doing an extremely good job of showing off Mando’s abilities. The beginning of this episode was a really cool way to remind us that Mando is being hunted, and most likely will be for the foreseeable future. Season 2 also must have gotten some kind of increase in budget, because some of these effects are amazing. There are only one or two times throughout the first season of The Mandalorian that I could even tell the effects were for a show as opposed to a movie. The Mandalorian has now given us a ship chase, jetpacks, and impressive creatures all in the span of one episode.

The Child is still used extremely well here, and there are so many moments that endear us to the bond that he and Mando have formed. They really have gone from being complete strangers to forming a very strong bond of trust. That’s nowhere more evident than when the Child snuggles up to Mando and falls asleep. There’s also something just so adorable about that little green bastard’s face. I never get tired of seeing it and it’s cute every time, even when he’s eating the unfertilized eggs of a frog species. Which was kind of dark but also somewhat hilarious, which brings me to my next point about this episode.

I don’t know what it is about this show but it strikes a perfect balance between its serious moments and the humor. It easily could have taken a really dark turn with the Child eating those eggs. Instead watching Mando chastise him for eating them at every opportunity is hilarious and endearing all in one. You’d never think he was eating something so important, it was like he was trying to get him to spit out old food or something. The Child might also just generally have a problem with sticking things in its mouth because he really screwed them all over. I have to say though seeing the Child move around more is really awesome. The way he waddles away is too cute. 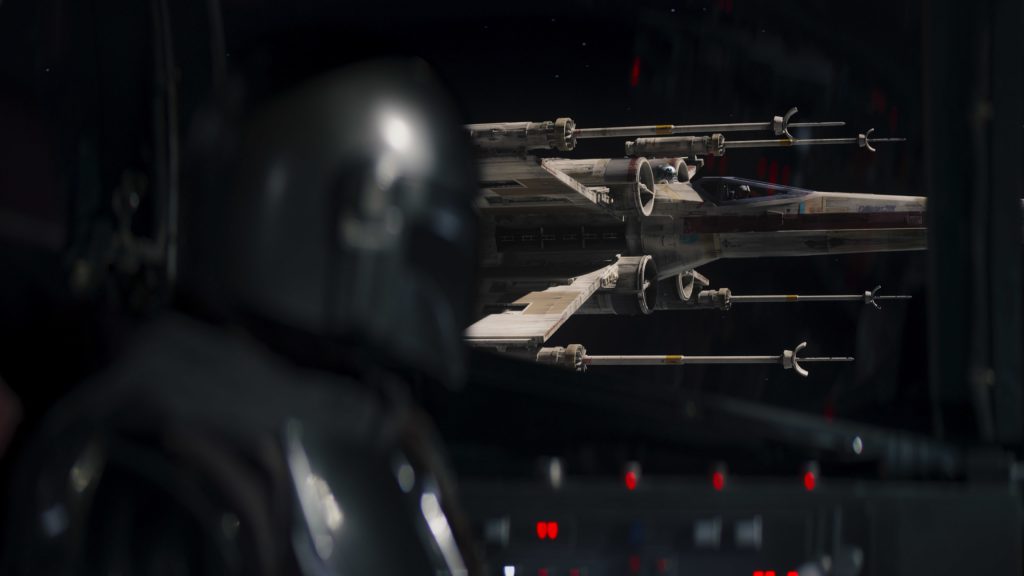 We’ve also gotten some of our first hints at the state of the galaxy. We knew the time period the show was set in but now we’ve seen rebel forces. Guys, we got a live-action Star Wars show that featured X-wings that looked amazing. Them letting Mando go is another testament to Mando making the right choices. I don’t know how Pedro Pascal brings so much emotion to Mando’s performance when he always wears a mask, but he is seriously good.

All-In-All I’d say The Mandalorian is off to an exceptional start. The season seems more focused, the effects are great, the writing is great and the action is great. We’ve seen Boba Fett and we know Ahsoka is set to make her live-action debut this season. There’s a lot to love about the Mandalorian and I hope the show keeps it up in the following weeks.