Making A Hero will be an ongoing series of articles taking a closer look at the characters that surround our favorite heroes, some of these people surround them for their own personal gain the fair majority are there because the love and support our heroes in one way or another. We are living in the golden age of super hero television, CW is doing fantastic things with DC properties while Netflix is consistently raising the bar with Marvel properties. Fox and ABC are both turning out quality comic book television as well the first two just have higher volumes of heroes! Though I am a die hard DC fan I love and appreciate the genius that has been the Marvel/Netflix team and that genius started when Charlie Cox became The Devil of Hell’s Kitchen.

Daredevil is one of my personal favorite heroes, the internal struggle Matt Murdock faces as a lawyer by day vigilante by night is perfectly executed on the show. Unlike many heroes we see on TV season one sees Daredevil going after Kingpin without the help of too many of Matt Murdock’s friends in the know about his extraordinary abilities. There are 4 characters we are going to talk about who played instrumental roles in shaping Matt Murdock into the lawyer/vigilante that he is.

Stick is a complicated character, he is a blind martial arts master and a member of the Chaste, a group of people dedicated to fighting The Hand. While The Hand are for sure bad guys the Chaste aren’t really good guys, they do anything in their power to prevent Then Hand from winning. The war has been going on forever and will continue to, Stick was in charge of recruiting and training warriors for the cause. He recruited both Electra and Matt, he trained them both and neither turned out to be the flawless warriors he had hoped for. Matt was brought to his attention when he was a child after his father died. Stick taught Matt how to harness his heightened senses and become an amazing warrior who would be a great asset to the Chaste. There were two issues with Matt from Sticks perspective, he had a rage that made him unstable and he was also too soft hearted. The last straw for Stick was Matt giving him a bracelet he made out of an ice cream wrapper from their first meeting. Stick crushed Matt’s spirits and left him, not to return for 20 years. Without the intense training from Stick Matt would never have become Daredevil. 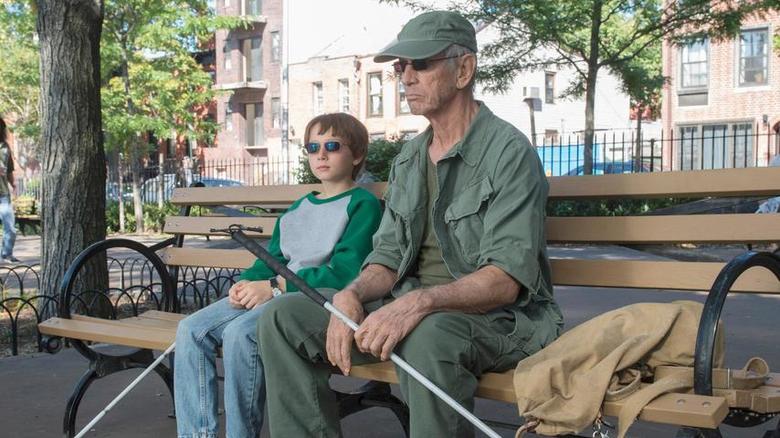 Foggy Nelson is Matt Murdock’s best friend and partner in law. Foggy keeps Matt grounded in the real world, because wearing a mask and fighting legions of ninjas and tycoons with unlimited resources can make the real world seem unimportant. For the better part of the first season Foggy has no idea that Matt is Daredevil, he finds out by accident when he finds Matt nearly beaten to death. Foggy is terribly hurt by the revelation and after that point becomes pretty distrustful of Matt. His extracurricular activities as Daredevil start to impact their law firm and Foggy calls it quits. Though their relationship is rocky at best Matt would completely disappear into his alter ego without Foggy calling him back to the real world.

Claire Temple is a nurse who had treated both criminals that Daredevil and stopped and victims that Daredevil had saved. Their first meeting came when she found a nearly dead masked man in her dumpster. She brings him to her apartment and saves his life, there are three very influential woman in Matt’s life; Claire, Karen, and Electria. While all three are very important to him as a character I thought Claire’s relationship with him was so honest, which for someone living a secret life is rare and beautiful. She is the first character in the show to know him as Daredevil then discover his name is Matt and that he is a lawyer. He opens up to her after she is captured and tortured by the Russian’s for information about him. She sees herself developing feelings for him, but she also sees the barely contained rage he has within him.“I just don’t think I can let myself fall in love with someone who’s so damn close to becoming what he hates.” Claire Temple is a well-rounded character that ties all of the Netflix Marvel characters together, her role in the universe and on Matt’s life cannot be overlooked.

Last but not least we have Wilson Fisk aka Kingpin. In two seasons of this show Daredevil has gone up against several different mobs, a secret society, a man on a mission for vengeance, but Wilson Fisk and his crusade to tear apart Hell’s Kitchen to rebuild it into something he saw as greater is what really created the Daredevil persona. Wilson Fisk was a troubled child who killed his father because he was a terrible man. As an adult he became a criminal business man uniting the Chines, Japanese, and Russian mobs in this mission to recreate Hell’s Kitchen. Not only is he ruthless and incredibly smart he truly believes he is doing the right thing, that combination made him almost impossible to beat. He puts Daredevil in terrible situations and each time Matt has to really consider what he is doing and why he is doing it. Fisk forced Matt to become a hero that would do the things that needed to be done even when he didn’t think he was able. Though the villains of season two were outstanding Wilson Fisk gave Daredevil direction and focus, taught him how much he must be willing to pay to win.

There are only four people on this list and they really only scratch the surface of the character. Frank, Ben, Karen, Electra, Matt’s priest, and the various people the law office has helped are all incredibly important to the making Matt Murdock the well rounded character that he is, this is just been a look at four of them. The next time we will see The Devil of Hell’s Kitchen will be in the 2017 team up series The Defenders, which is what Netflix and Marvel have been building up to since the first season of Daredevil was released. Though season three of the show has been green lit it is unlikely we will see solo Daredevil until 2018.