An interesting concept and creative gameplay helps Mainlining stand out despite disappointing and often frustrating control implementation on the Nintendo Switch. 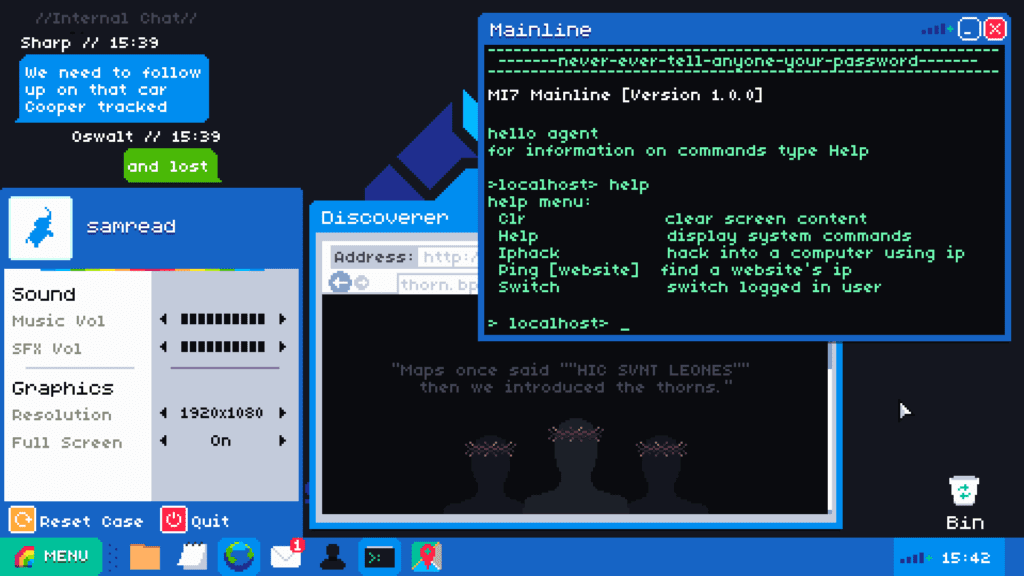 The player is part of MI-7, an elite branch of the government approved by the “Blue Pill Act” to have unprecedented access to computer files and a sophisticated mainlining system that can easily hack any computer or website. A group of hackers unhappy with MI-7’s lack of access restrictions resolves to take down the system, while also conducting various shady acts on the side. While the story has multiple twists and turns, the real meat of the game comes from its unique approach to story telling. Told entirely through text on screen, either via interdepartmental chat, emails, or documents found on various computers – it is up to the player to decide how far into each character’s world they want to delve while also causing you to question where to draw the line in terms of privacy when it comes to solving a case. 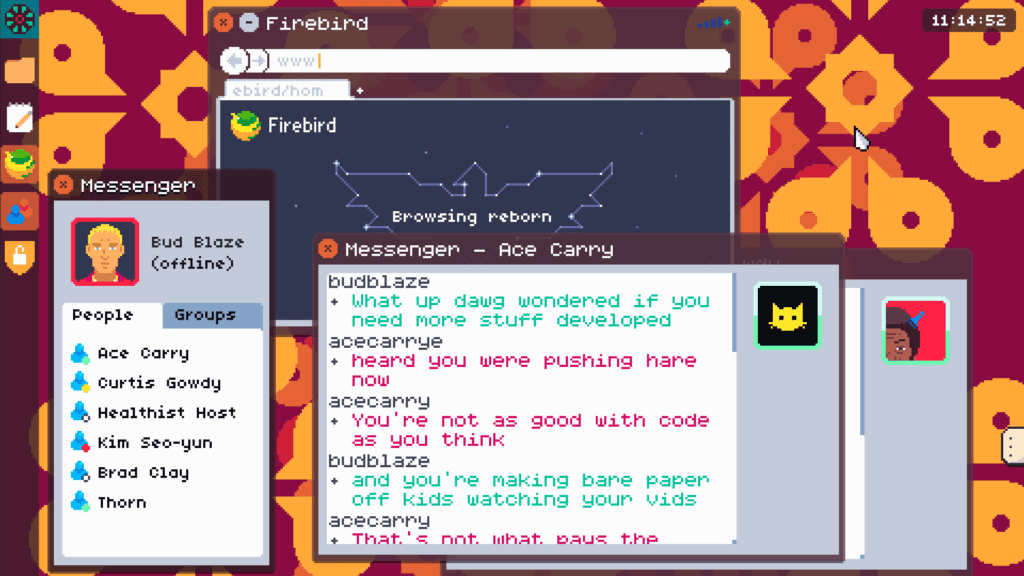 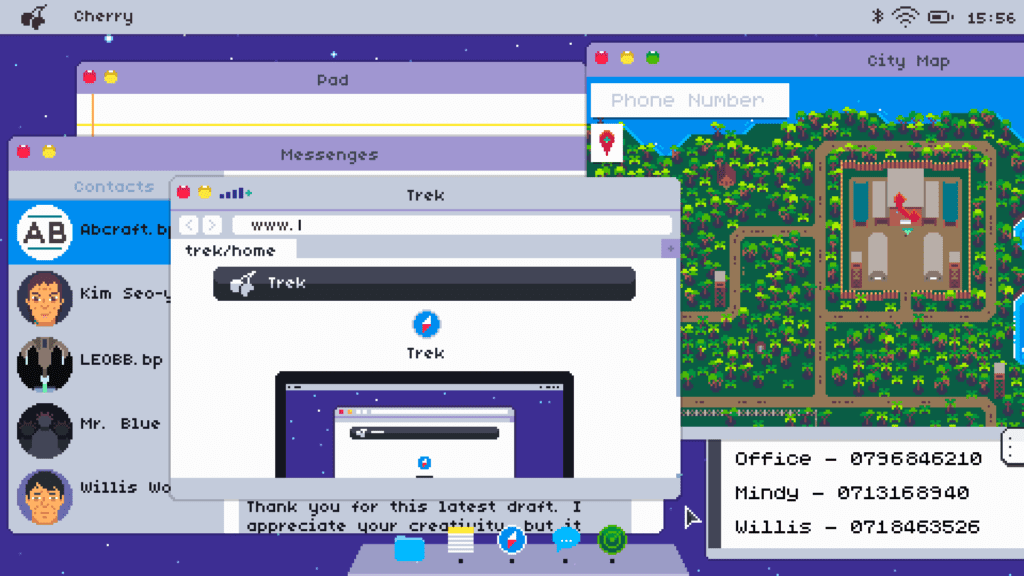 Mainlining’s greatest strength comes from its unique approach to gameplay and storytelling. The entirety of the game takes place inside a simulated computer desktop. You never see your character or the various characters you interact with aside from basic mug shots and all information is relayed via text. There are no voice overs. No cut scenes. Only you and a computer desktop.

Mainlining is divided into 12 chapters, each involving a specific character you need to arrest. The player must use all means accessible to find evidence of the crime, the location of the perpetrator, and who the criminal is. Often you may be lost as to where to look, but you have multiple tools at your disposal including the mainlining system which allows you to ping websites for IP information and then hack those websites to scan for documents. You can then read or download the documents on that website, which will often give you a clue as to where to look next. 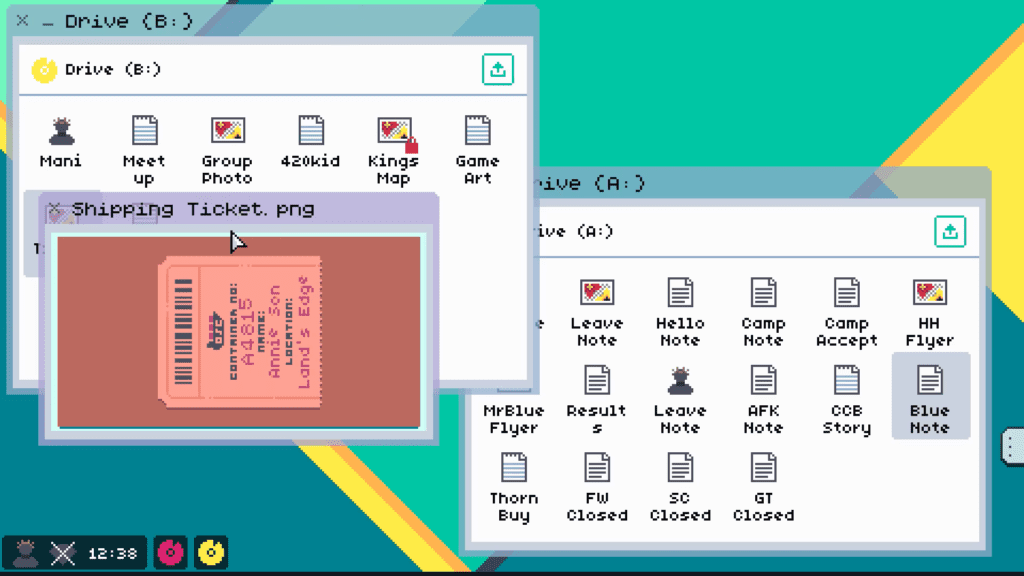 You’ll receive emails from various sources, sometimes giving you IP addresses, sometimes with pictures or maps, sometimes with a website address. Players must learn to have a keen eye for observation, as many times what you’re looking for is not apparent. A seemingly pointless website may have an email address which can then lead you to another website to hack, an employee’s blog post about his favorite drink might have hidden connotations, a chat with co-workers might lead you to look up a school’s website, etc.

It is a novel approach to gameplay, leaving the player to their own devices to find answers. While there is set criteria which you need to make an arrest, it is left to you to figure out how to find it and how far into these people’s lives to delve. There are multiple plot threads you can follow just by reading various documents hidden on other servers which have no effect on the main story.

Also, there is a hilarious series of emails from a desperate-for-love secretary which continues throughout all 12 cases and is worth playing through the game on their own. 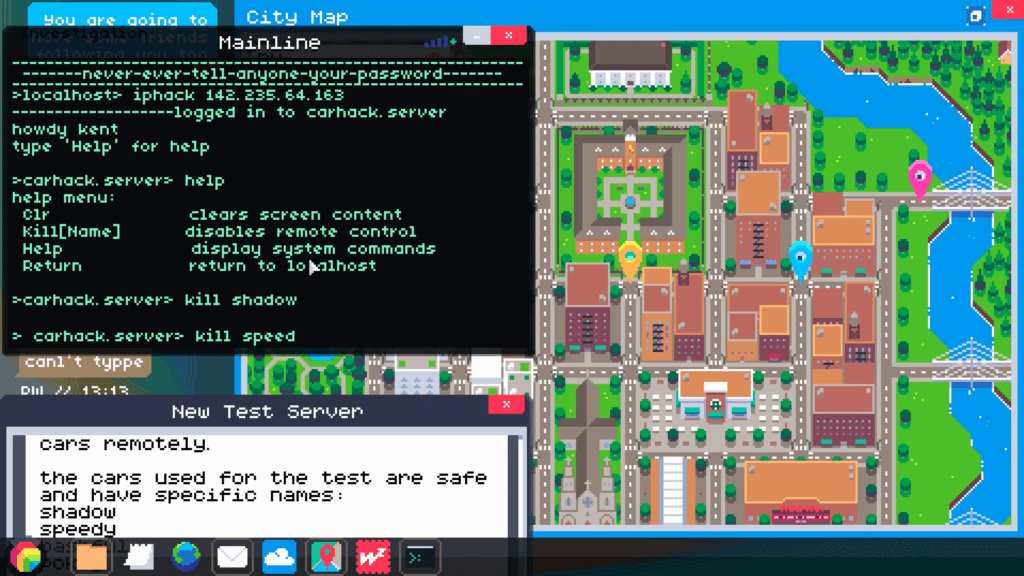 Despite my praise for the intriguing gameplay system and the developer’s creativity, there are multiple problems with Mainlining on the Nintendo Switch. The game was designed for the PC and previously released in 2017 and I’m sure it is great when coupled with a keyboard and mouse, but on the Nintendo Switch every single thing you do – from typing to managing the various windows you have open – is slow and cumbersome at best and downright frustrating at worst. The keyboard is divided between the left and right controllers, with the player having to move a cursor, often extremely slowly, between the letters on each side and use either the left or right trigger to make a selection. These keyboard pop ups often hid the display and what I was typing, so I wouldn’t know I had typed a search wrong until after a website failed to load or a command was rejected – which then started the process all over again. This wouldn’t be so bad if the whole game didn’t revolve around typing.

There were also some graphical glitches, such as text being obscured by pictures, but these were few and far between and never had any effect on the gameplay as they never happened during a point when the text that is being obscured was essential.

These problems are a shame because Mainlining is so intriguing, but quickly becomes a chore to play. I was still invested enough to complete the story, but by the end I was speeding through and trying to find the fastest way to make an arrest as opposed to reading every document I could find. 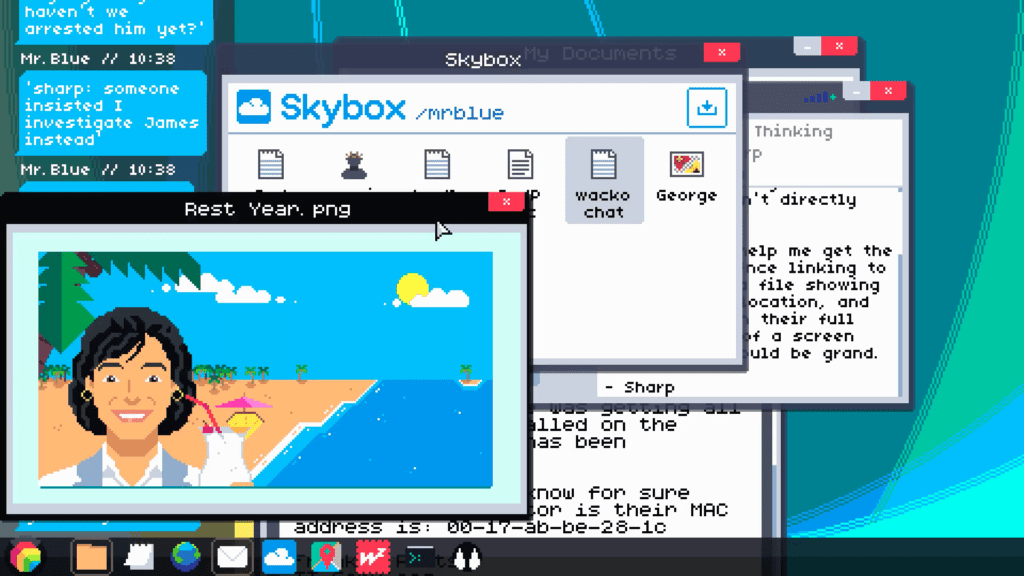 The graphics resemble an older computer system, despite the game being set in 2010. They are serviceable and are able to convey the story just fine and maintain their unique cartoon/early 90’s vibe throughout even down to the character’s mug shots. This is not a detriment to the game as I enjoyed the style and have never faulted a game for not being on the cutting edge of technology when it comes to graphics – but I was constantly surprised by how much slowdown occurred when multiple windows were opened – particularly affecting cursor speed which again led to frustration. 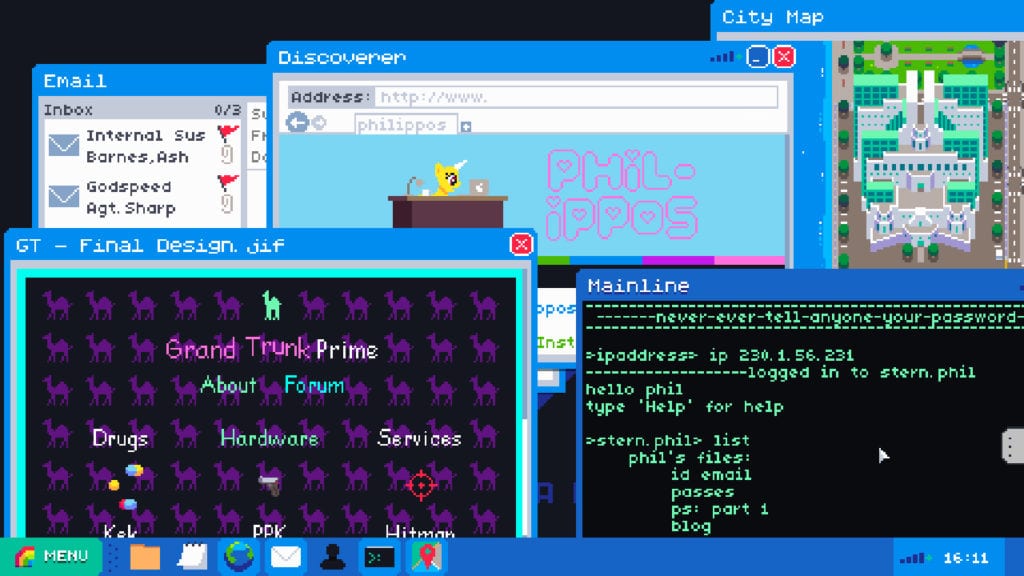 Mainlining is short. Aside from getting stuck on where to look next, most cases fly by quickly once you learn the ropes and figure out the quickest ways to find information. I’d say that most players will complete the game somewhere between three to five hours, and while fun, there is very little replayability once you know who the perpetrator was and how to take them down. Still, the game is fun while it lasts and its short length is what kept me pushing toward the end despite my frustrations with the controls. 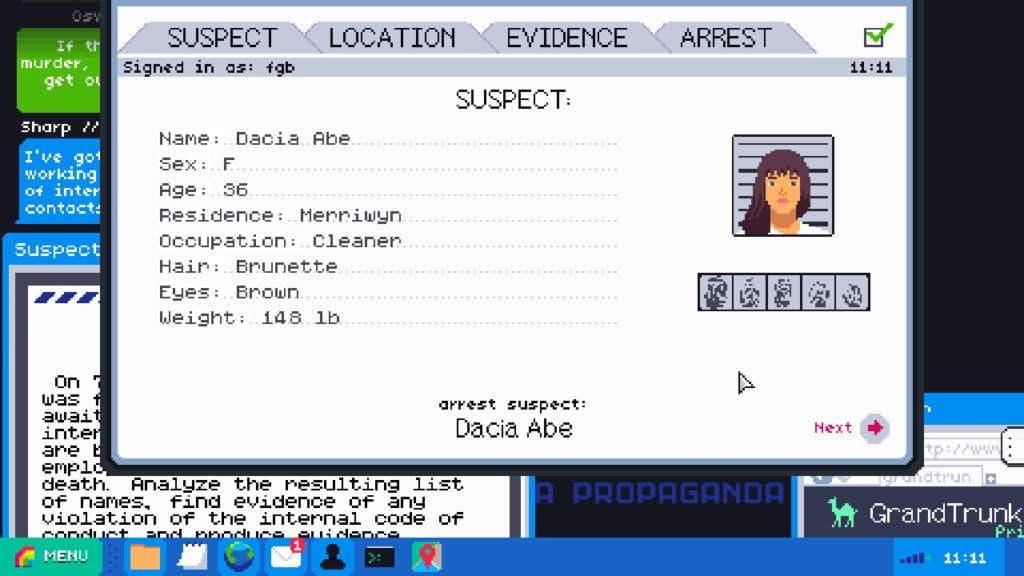 I enjoyed Mainlining despite its problematic control scheme and bits of slowdown. I respect that the game was originally created for PC and if I had reviewed it on PC, most likely would not have encountered the problems I did. Still, this is a Nintendo Switch port which people will be paying for, so players should be aware of the game’s shortcomings. That being said, I still recommend playing Mainlining, if only for the creativity on display and the rather unique gameplay elements. It is an experience unlike any other and that is worth acknowledging the product that Developer Rebelephant and Publisher Merge Games have created.

Mainlining is available for PC and Nintendo Switch and can be purchased online here for an MSRP of $14.99. A review code for the Nintendo Switch was provided by Merge Games and Rebelephant for the purpose of this review.