Madonna has stated that she regrets “both of her marriages.”  On Tuesday, June 26, Madonna released a new lighthearted clip on TikTok. The Material Girl star left her followers perplexed, however, when she appeared to announce her homosexuality in a whimsical manner.

In the video, which has amassed over 882,000 likes so far, Grande is holding up a pair of pink briefs that match her new hair colour. 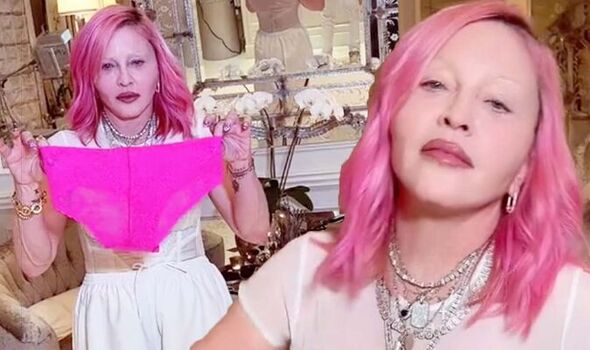 Madonna, with bleached eyebrows, scrunch up the undergarment before tossing it in a waste bin. However, the singer missed her chance and is seen in the last clip of the video shrugging her shoulders.

Some confused internet users, on the other hand, interpreted her video’s caption as follows: “If I miss, I’m Gay!”

Thousands of fans soon flocked to the post’s comments area to offer their thoughts on the unclear video. Hoopa.da.boopa, a TikTok user, said: “Did I just witness Madonna coming out, good for her.”

Did Madonna just come out of the closet? I’m witnessing it in real time?!

Arthrfleck said, “I thought she already came out, like, a decade ago. BUT YAY?”

“Good for you girlie.” 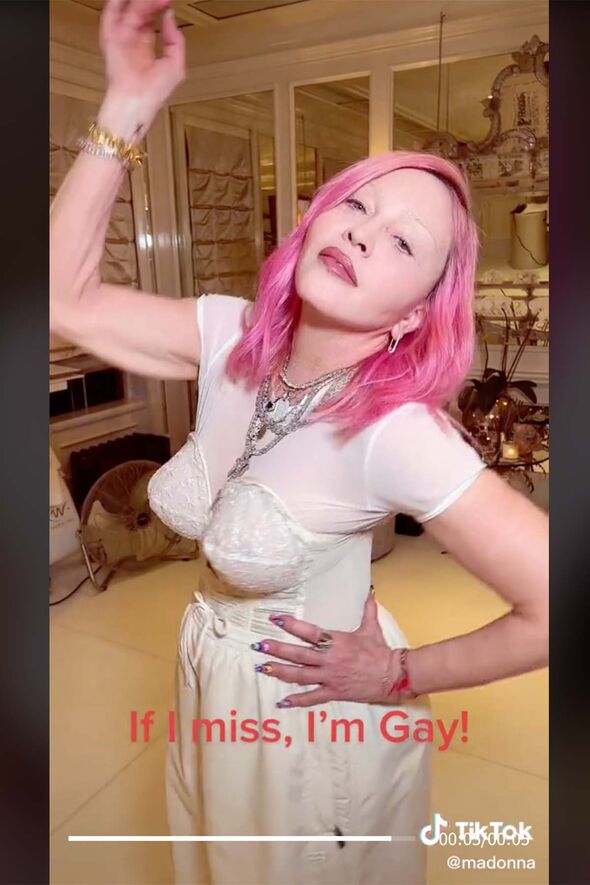 Madonna’s most recent partner was backup dancer and choreographer Ahlamalik Williams. Ahlamalik and Madonna met in 2015 when Ahlimalik was 21 years old and auditioning to be a dancer on Madonna’s Rebel Heart tour.

The pair caught the public’s eye after Madonna shared several Instagram posts with her beau in the summer of 2019. Drue Ahlamalik, father of Ahlamalik, confirmed the relationship in 2017. He said: “She told us she is so much in love with him and that we didn’t have anything to worry about as she was going to take care of him. “We know there’s a huge age gap between the two.”

Drue added to OK! Magazine: “Madonna is two years older than me. “I asked him how he feels about her and he says he has never been happier.”

Back in April, it was reported the pair had split and had gone their separate ways. During the pair’s relationship, Ahlamalik was able to land a lucrative deal with fashion designer Stella McCartney. Madonna and Ahlamalik also worked together on a song as he was launching his music career.