Yesterday, at Star Wars Celebration, a panel dropped some major bombshells on the audience, ranging from confirmation that Spider-Man director Jon Watts and Jude Law are working on a new Disney Plus series Skeleton Crew via a surprise first look at Indiana Jones 5 to the debut of the first trailer for Andor. There was a lot to take in, then, but the feature film side of the series was conspicuous by its absence. Lucasfilm still has release dates set for untitled Star Wars films that will premiere in December 2023, 2025, and 2027, but we don’t know which one is coming where. 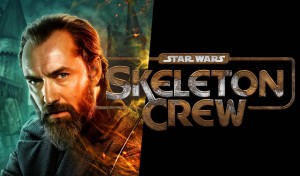 We’re not sure what it’s about because we don’t know much about Waititi’s involvement in the project; however, when asked directly by Total Film, Kennedy said that we might see it as soon as next year.

That’s pretty non-committal, and a year and a half isn’t a lot of time to start from scratch on such a major Star Wars-scale project, but the wise bet is that Waititi will reveal his next move after Thor: Love and Thunder has finished its theatrical run.