The Love, Simon spin-off really brought the fans in when it aired last year. Now, Love, Victor gets a season 2 trailer and poster ahead of its June 11 release date! The show will most likely charm us all over again!

Hulu has gone ahead and released both a trailer and a new poster for the upcoming second season. The poster is pretty basic but does get the point across rather well. It showcases Victor staring at his boyfriend, Benji, with the caption ‘Fear Less’ up top.

You can check out the trailer AND the poster below. 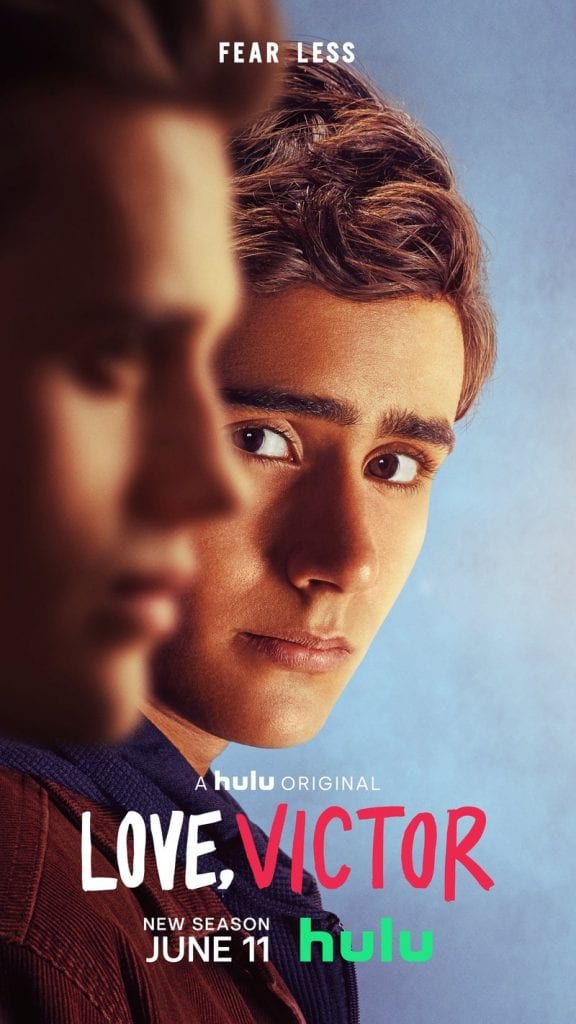 The second season will see a newly openly gay Victor heading into his junior year of high school. Being out is going to cause some problems for him, though. His family will be dealing with the revelation. There’ll be other challenges too, like being an openly gay athlete.

“Overall the reception to the film was incredibly positive, and that it was wonderful that it existed, this wish-fulfillment version of a coming out story in which the young person was accepted for who they were and that their parents had a great reaction, and it was heartening for a lot of people to see this represented on film,” Tanen explained in an interview with The Queer Review last year. “But at the same time but they told me that they kept hearing the same critique from time to time, which was that although a lot of people felt like it didn’t represent their experience. So they started to wonder whether there was a story to tell where we could represent the experiences of teenagers who haven’t had it so easy and for whose families it was going to be a journey. That’s why television was such a great medium to tell this story because in film the characters have to come to a conclusion by the end of two hours, whereas with television people can grow over long periods of time. They can start in one place and end in another, and that felt really true to both a young person’s coming out journey as well as to the reaction of a family that might not be well-suited to hear that kind of news.”

The series actually caused waves when it went from Disney+ to Hulu, because it apparently wasn’t family-friendly enough.

What did you think of the trailer above? Are you excited for Love, Victor season 2?

Home » Television » Love, Victor Gets A Season 2 Trailer And Poster! Coming To Hulu On June 11!