Important! Please do not read ahead unless you’ve seen the latest episode of The Walking Dead, The Big Scary U.

We got quite a scare this week when Negan and Father Gabriel almost don’t make it out of the trailer with the walkers. Even worse, when Eugene knocks on his door with an arm full of gifts, we find Father Gabriel sweating profusely, looking pretty deathly. He may be seriously sick, and he may even have THE virus. This means he needs help fast or we may lose him.

When he was stuck with Negan, he showed his strength and I think this is the moment fans of Gabriel have been needing.

Father Gabriel has been one of the most controversial and complex characters on The Walking Dead. He has grown as a character, but it’s been a long and often times annoying journey for him to get there. After leaving Terminus, Rick’s group encounters Father Gabriel on top of a rock, screaming for help and attempting to fight off some walkers. They choose to save him although it’s evident that Rick doesn’t trust him. Later on in the episode, Father Gabriel takes some of the group to a flooded food bank to gather supplies and is unable to kill a walker that he recognized from before the outbreak.

Father Gabriel tells Rick the meaning behind the message “You’ll Burn For This” that was carved into his church. After the outbreak Gabriel locked the doors of his church, trapping members of his congregation outside who had come to him for refuge. He reveals that he sat in the safety of his church listening to his people screaming as they were killed by walkers. 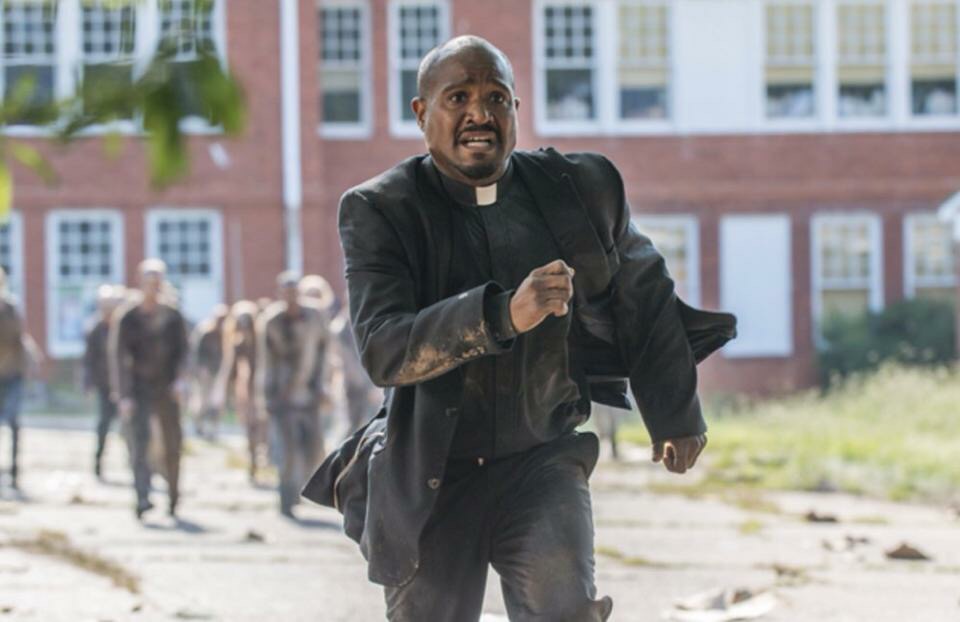 While Rick and team are out trying to save a kidnapped Beth and Carol, Gabriel sneaks out of the church and heads to the elementary school where the Terminus group was hiding out. After discovering a Bible and the burned remnants of Bob Stookey’s leg, Gabriel has an emotional breakdown as he finally starts to come to terms with the fate and brutality of the new world. He decides to go back to the church where Carl, Michonne, and Judith are hiding out. The walkers that were trapped inside the school finally break out and follow Gabriel all the way back to the church. So, while he ends up putting Carl, Michonne, and Judith in real danger he does help them escape.

After the death of Beth, Gabriel burns his clerical collar, saying “sorry, my Lord.”

After finding safety in Alexandria, Gabriel tells Deanna that Satan disguised himself as the angel of light and says that Rick is doing the same thing. He tells her that while Rick’s group may seem like an angel of light, in actuality they’ve done terrible things and don’t deserve the paradise of Alexandria. Thankfully, Maggie overhears the conversation.

The ramifications of his decision to betray the group will follow Gabriel for a while as no one in the group trusts him anymore, especially Rick. Rick doesn’t allow him to help with any of the missions and tears down signs for Gabriel’s prayer service throughout the town.  Carl eventually comes around and offers to help Gabriel learn how to use a machete.

He pays his dues as the group continues to ostracise him and he even goes outside of Alexandria in an attempt to be killed by a walker. Through his patience and effort to prove that he can be trusted, Rick begins to thaw towards him and says “I know” to Gabriel’s promise that he will never give up or run away. 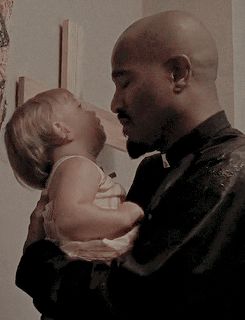 Gabriel offers to protect Judith while Rick & Co. try to lure a huge hoard of walkers that have taken over Alexandria back to the quarry. In a huge symbolic gesture, Rick hands Judith over to Father Gabriel. While hiding in the church, something comes over Gabriel that gives him a surge of courage he’s never had before. He takes his machete and heads out to fight off the walkers, leaving Judith in the care of a trusted Alexandrian.

Gabriel joins the fight against the Saviors and goes with Rick to the compound to murder them. He shoots an injured savior, further securing a new Father Gabriel who has really come to terms with who he is and what he has to do to stay alive and part of the group.

When Rick and some of the group go to bring Maggie to the Hilltop for treatment, Rick once again leaves Judith in Gabriel’s care. As they leave, Gabriel stands proud and tall as they leave, ready to keep Alexandria and Judith safe.

Gabriel is the one who comes up with the idea to tell Negan that Maggie didn’t survive and leads him to the fresh graves as proof and Rick commends him for his quick thinking. He does his best to find a balance between being a cold-blooded killer and the priest that he used to be. He provides advice to both Rosita and Spencer but also holds one of Jadis’ people at knifepoint and manages to get her to consider working with Rick and the Alexandrians against Negan.

This continues as Gabriel fights alongside Rick at Oceanside, but he laments that people don’t have to get hurt and questions Rick’s decision to take all of their guns leaving them with no protection. However, he is fighting alongside Rick during the attack on the Savior’s in the season 7 finale and ends the season doing his priestly duties – presiding over Sasha’s funeral.

During the first phase of the All-Out War, Gabriel is about to flee when he sees Gregory screaming for help. He gets out of his car and tries to help Gregory, but since Gregory is a snake he ends up leaving Gabriel and stealing his car. Gabriel ends up in a trailer with Negan surrounded by walkers. 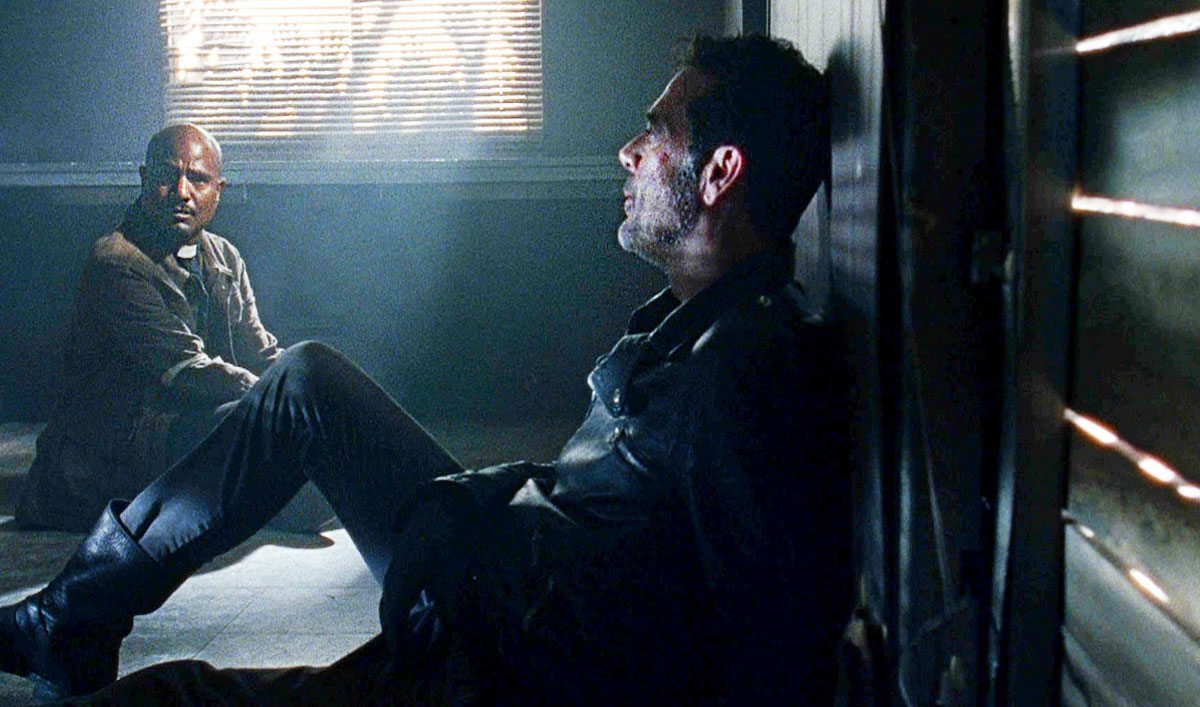 Do you think it’s too late for Gabriel and that he’s taken his last confession?

‘The Walking Dead’: Rick Grimes and Daryl Dixon are the Epitome of “Friendship Goals”