I’ve never played We Happy Few. Oh sure, I intend to play the base game soon, but I thought it’d be interesting to start with DLC and work my way back – and what better way to do that than to play through We Happy Few’s brand new DLC entitled Lightbearer?

I approached Lightbearer with no preconceived notions of how the game should play and no idea what to expect. I knew the base game was an FPS, but honestly that was the extent of my knowledge. I thought that being unaware of how the base game plays would help me approach Lightbearer as a standalone entity and judge it solely on its own merits. 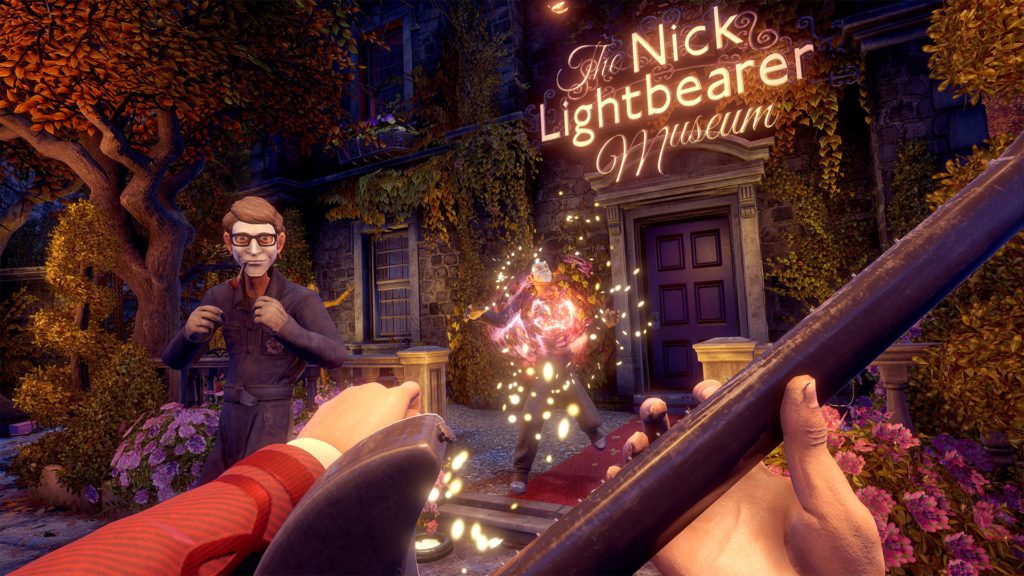 You are Nick Lightbearer – a rock and roll superstar – in the later stages of your career.  You wake up in a dingy, trashed hotel room with no recollection of the previous night’s events. Your manager is missing, bloodstains cover your shirt, and a frantic member of the hotel staff is banging on your door pleading for you to turn off your sink before you flood the entire hotel. Needing a moment of peace, you hatch an escape plan and fight your way through hordes of chaotic fans as you are followed by a trail of blood and unexplained lapses of memory. Will Nick be able to figure out what really happened or is he doomed to wander forever in a perpetual – possibly drug related – state of confusion?

At its core Lightbearer is an FPS, but instead of fighting with guns – you fight with rock. The entire game takes place through Nick’s eyes, which are often victims of his drug binges and can’t always be relied on to give an accurate depiction of the events unfolding in front of him.

First you find your amp, then your trusty guitar, then you take to the vents to escape your hotel jail cell. Among the way you’ll encounter irate fans whom you must subdue using the power of rock – yes, you read that right: rock. It’s your only weapon. Your guitar acts as your main attack but it does have multiple functions; you can serenade fans which has them fight by your side, you can strum the guitar to attack, you can unleash a devastating rock chord to knock enemies off their feet, and you can “vibe” the guitar to block. Your secondary weapon is an unlimited stash of gold records which you can hurl as a projectile or use to hit far off buttons when solving puzzles.

The “vibe” mechanic is used throughout the game and serves a much more important role than merely blocking incoming attacks during fights. By deploying a “vibe” strum in a room/hallway/area you can find nearby objectives or cause the numerous statues of you interspersed throughout every area to point you in the right direction. It is an interesting mechanic than ensures you’ll never get lost while also not beating you over the head with the correct pathway. 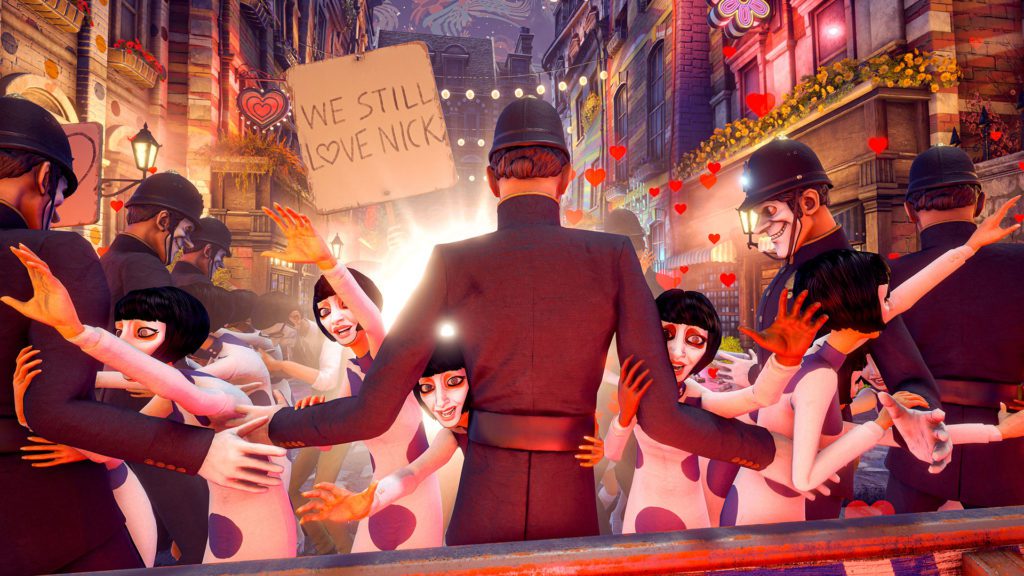 Lightbearer is essentially a drug-infused murder mystery which takes place over three increasingly bizarre days. What is real and what isn’t is often blurred at best, since Nick’s near constant use of drugs prevents him from ever fully understanding what he is seeing.

Every morning begins the same – you wake up in the hotel room, normally near a dead body, and you rush out to figure out what happened the evening before. It is an interesting story told almost solely through scattered notes found strewn across the various areas of the hotel and nearby town, and via Nick’s unhinged mutterings.

I had fun with Lightbearer’s combat, if for nothing else than for it’s refusal to play like all other FPS games. While it is a bit strange to attack with a guitar, you eventually grow accustomed to it and learn how to properly handle the larger crowds. The level design kept me interested and Nick’s multiple drug-infused delusions ensured that I never knew what was coming next. 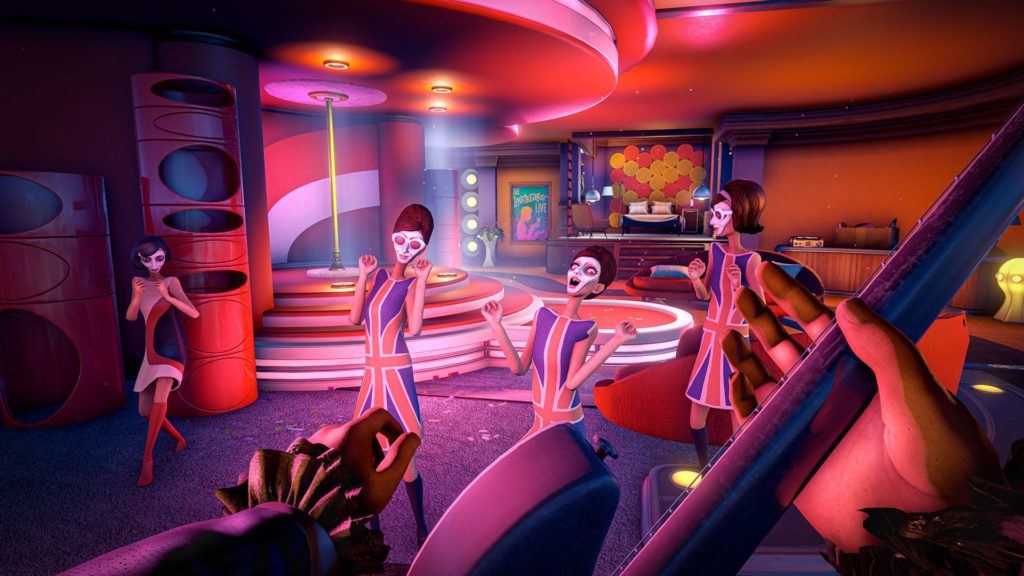 The biggest flaw of Lightbearer is its extremely short length. I finished the entire story in just under 2 hours, and I had taken time to scour corners to find hidden notes. While your time may vary, I seriously doubt anybody would be able to stretch the story any longer than 3 hours.

While the length is disappointing, it is also understandable. Lightbearer is essentially a movie. It has a very specific tale to tell and it does so in a straightforward and streamlined manner. I enjoyed the story and did wish for a few more hours of sneaking through the hotel, but I also understand why the developers did not drag the story out longer. Overall, I’m not sure if I would run through the DLC again – but I did enjoy my time with it and it served as, hopefully, a good introduction to some of the base game’s gameplay mechanics.

Despite its short length, Lightbearer is a fun and funny title. The story moves at a brisk pace and ramps up both the level design and difficulty quite quickly, although I wouldn’t say Lightbearer was ever honestly hard. I quickly learned to enjoy Lightbearer as the strange and unique entity that it was and was refreshed by its refusal to adhere to regular FPS standards.  There are far worse ways to waste a few hours of your life than fighting off fans with the power of rock and digging your way out of a drug-induced nightmare scenario.

Lightbearer is available now on the Xbox One, PS4, and PC for an MSRP of $7.99 as a standalone. The DLC is also included as part of the $19.99 season pass. A review code for the Xbox One was provided by Gearbox for the purpose of this review.