When the boys of One Direction announced their hiatus in July of 2015, fans were immediately distraught. That emotion was only made worse by the countless news articles that were pitting the boys against each other, blaming secret animosity and even drug use as the reasons for their inevitable split. The band continued their On The Road Again tour before doing a few radio shows and a ‘goodbye for now’ performance on The X-Factor.

From then on, they simply took a break. For each of them that meant something different, but in those differences was the common thread that brought them all together in the first place – art. They are musicians, they write and they sing and they create. They’ve all been working on solo music and soon Harry will make his film debut in Christopher Nolan’s Dunkirk. They’ve also had time to just be young, to spend time with friends and family, and to experience a side of life outside of tour buses and hotels. A lot of their projects have kept them in different places but they’ve still made time to be there for one another, in good times and in bad. Thus smashing those ‘hate’ rumors.

Most recently, Liam Payne and Niall Horan reunited at Wango Tango and the photo we got from their reunion was incredible. Liam has taken to wearing a chain during the hiatus that’s been commented on by Louis, Harry, and Niall. At the concert, Liam let Niall wear the chain and someone snapped a photo of it. 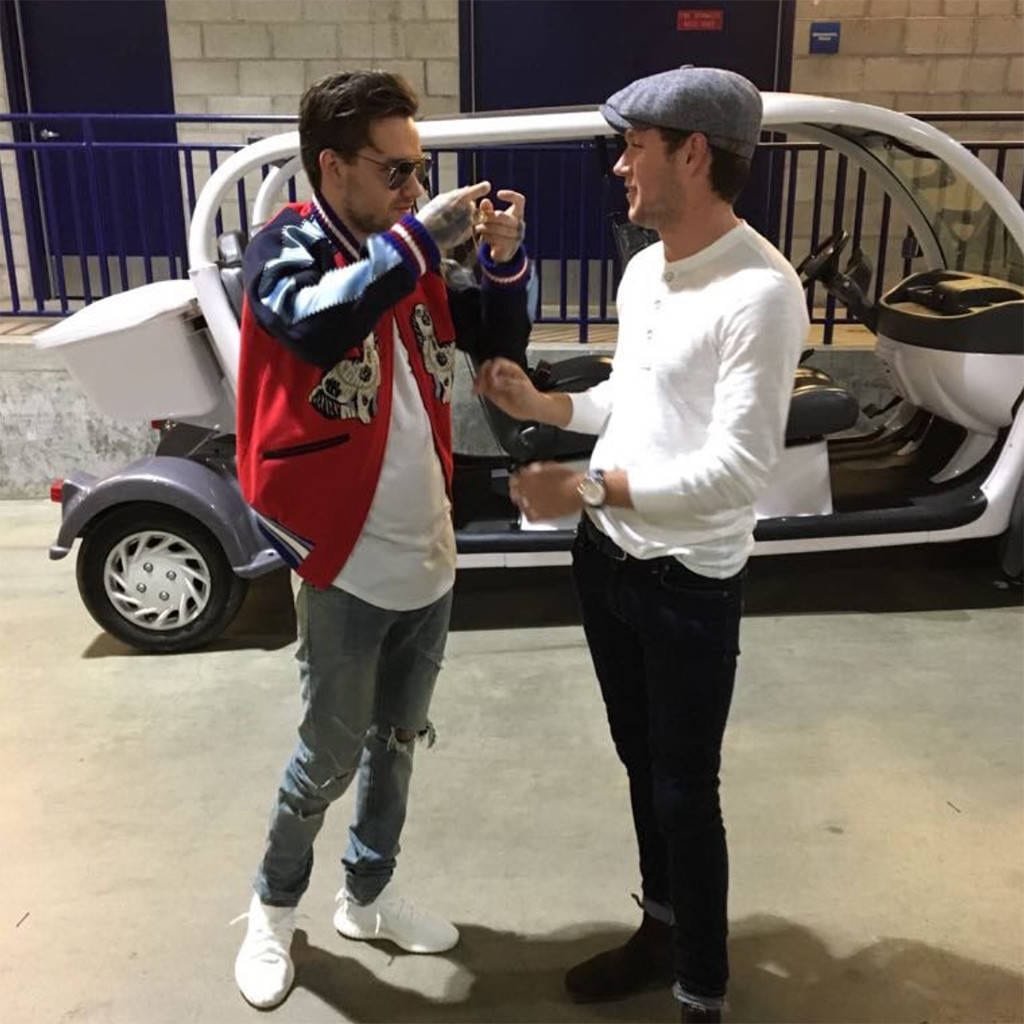 There was also a video of Liam introducing Ryan Seacrest where he mentioned that he was excited to have seen Niall perform. While they’ve all been incredibly busy with their solo work, their support for one another hasn’t faltered.

Niall performed at Wango Tango and his set list contained 3 of his own songs – including his new one ‘On The Loose’ as well as a cover ‘Scared to be Lonely’. Liam’s first solo single ‘Strip That Down’ isn’t out yet, but it is due to debut on May 19th so he made an introduction at the big event and told fans thank you for their support.

While the boys will definitely keep busy as time goes on, we hope to see more mini reunions soon!