What do you do when you find out Liam Neeson is in your home town? You try to draw him into your place of employment of course. At least, that’s what a sandwich shop in Canada recently did. Big Star Sandwich Shop found out that Neeson was filming in their area, a film titled Hard Powder and while they weren’t sure if he’d actually be close to their shop, they decided to try to lure him in any way.

Big Star used a play on Taken with one side of a sign and on the other, they just gave Neeson an offer he couldn’t refuse – a free lunch. ‘Liam Neeson eats here for free,’ read one side, and the other, ‘come get Taken by our sandwiches’.

The shop didn’t have to wait long to find out if their hopeful plan would work. Apparently, they made the sign and put it out in the morning and in the afternoon, Neeson made his way to the establishment. 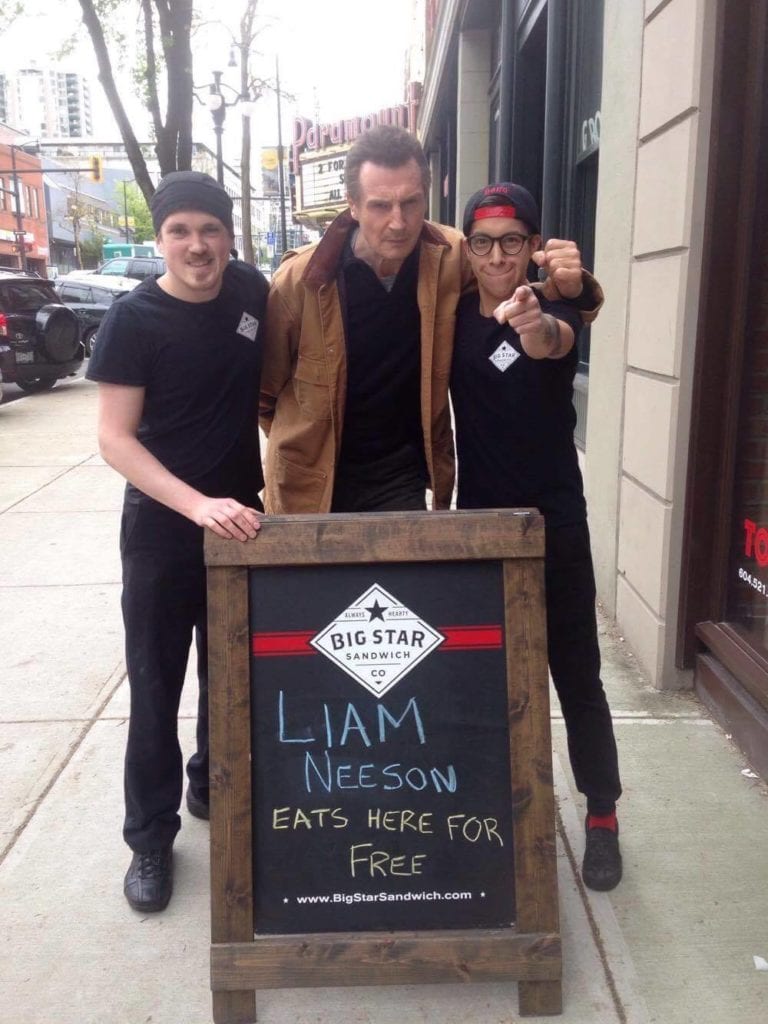 On Facebook, the shop posted the above photo with the caption ‘Holy fu**, it worked!’ which would have likely been our reaction as well.

Alex Johrden, the director of operations at Big Star said the two employees in the photo – named Kyle Gus and Serge Patoka, were shocked to see Neeson arrive and while he didn’t purchase a sandwich; he did pose for a photo which was more than they expected.

Its written on their faces, they’re so excited. We applaud Kyle and Serge for their idea and are glad it paid off!