We all knew that Liam Hemsworth’s relationship with Maddison Brown was over when we saw him kissing another girl. He was seen introducing model Gabriella Brooks to his parents and then making out with her on a beach. It seems like even at the beginning of their relationship, Liam was ready for a change.

“While Liam’s family has been a huge support since the breakup with Miley, it was Gabriella who made him realize there is life after Miley. Gabriella is quiet, low-key,” a source told Entertainment Tonight in April 2020. “She loves to be alone with Liam and isn’t seeking attention from others.” 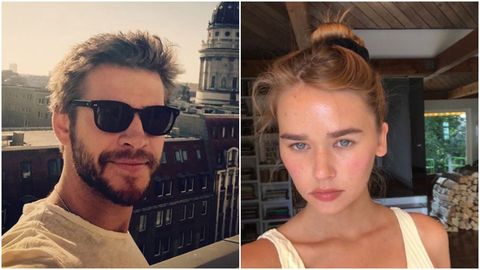 The model even joined Liam and the Hemsworth fam for his brother Luke’s birthday in November 2020. The proof is right on Chris Hemsworth’s Insta: 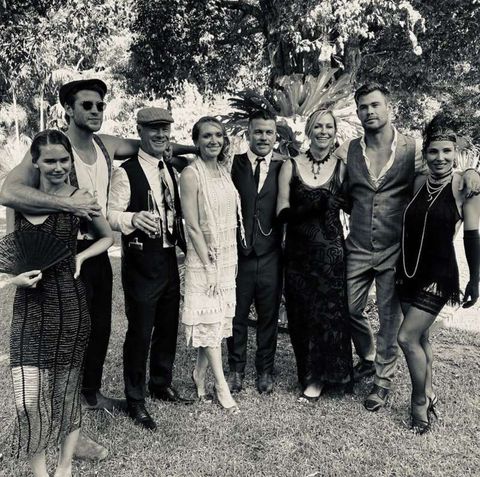 A source told In Touch that the duo ended things “a couple of months ago” because Liam “didn’t want to be tied down, and work has picked up since the pandemic ended.” Liam’s reps were contacted by Page Six, but they did not respond, according to the outlet. So, that being said, take the breakup rumors with a big ol’ grain of salt until word comes in one way or another!

For now, if you want to learn more about Gabriella, dress up like Sherlock Holmes and read below!

She had just come out of a serious relationship when they met.

Aside from being a successful and stunning model, you might be interested to know that she used to date The 1975 frontman Matthew Healy for four years! Apparently, Gabriella and Matthew broke up in fall 2019, which means both she and Liam came off long-term relationships.

After staying out of the public eye for a while, the couple made an appearance at a charity event in Sydney last year. They were photographed together at the event.

“Fantastic night raising much-needed funds and awareness for one of the most important and challenging issues, children’s mental health,” the actor wrote. “Thank you @itsmondotcom for hosting the evening and all you do for the Sydney children’s hospital @sydney_kids #golddinner.” S’cute!

They have a close relationship with their friends and family

Liam is friends with Gabriella’s friends and even photobombed a picture of Michele Merkin and Samantha Hemsworth from last May.

She helped him move beyond his divorce

A source told Entertainment Tonight in April 2020 that Liam’s new ’ship truly helped him get over the pain from his divorce from Miley Cyrus.

“While Liam’s family has been a huge support since the breakup with Miley, it was Gabriella who made him realize there is life after Miley,” the source said. “Gabriella is young but adores him. She gets along with his parents and his closest friends. The moment they started dating, they had incredible chemistry.” Wowowow!

Gabriella is reportedly based in Sydney and studies ancient history and archaeology at school there, per Elle UK. A source also dished to E! in March 2020 that that commonality between the duo brought them closer. “The Australia connection is definitely nice for both of them,” the source said. “She wants to be in Australia just as much as he does, and they both really enjoy being there and spending time with family and friends. He doesn’t feel like he is being pulled away.”

They spent the holidays together last December

On December 26, Liam posted several pics of himself and Gabriella on a super-cute vacation on his Instagram. The Daily Mail also added that on the Euro trip were Liam’s brother Chris Hemsworth and his wife, Elsa Pataky. Okay, okay, so clearly the family approves! Elsa even let us in on some of the action on her own IG 🥺❤️

We don’t know much yet, but we’ll update this story as soon as we find out more.