The Walking Dead isn’t really a show known for its humor, but it is known to have a laugh out loud moment every once in a while.

Most recently, we’ve come to find the humor in the wonderfully lovable character that is Ezekiel’s right-hand man, Jerry. Well, we are only three episodes into our ‘All Out War’ and things have been pretty serious and appear to only be getting worse, which is why it was such a nice surprise when we were treated to a random yet hilarious exchange between Gregory, Maggie, and Kal at the Hilltop.

First off, Gregory saunters on up to the Hilltop gates even though he was just exposed as a traitor to all of his people like nothing even happened. He even had the audacity to say he’s “been through hell!” This guy.

While I’m sure we were all screaming at the TV to not open the gates, Maggie is a better person than us all and does just that. Gregory, being the slimeball that he is, of course, pretends that literally, nothing in the past couple of days has happened. 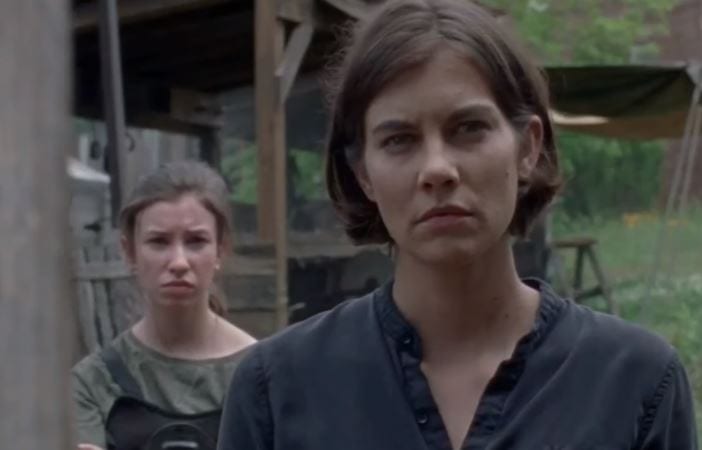 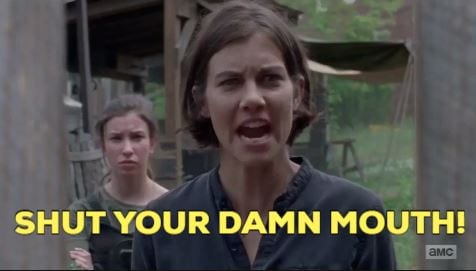 After immediately lying to Maggie that he has no idea who Father Gabriel is and that he just ‘found’ the car, he tries to convince Maggie that his threat to “throw out the families” of the people who didn’t surrender was a line that Negan made him say.

He also claimed that he went to Negan in the first place for the “interest of furthering good faith diplomacy”. Okay…

Then without any warning came one of the show’s funniest exchanges to date.

We will now interrupt your regularly scheduled Walking Dead programming for a brief discussion about pancakes.

After genuinely laughing out loud at this scene, I am officially demanding that The Walking Dead writers give us more Kal. It was such random moment of dialogue for what’s been happening thus far on the show, but that’s partially what made is so welcome.

Basically, we were all Kal after watching this exchange.

Gregory appeals to Maggie’s emotions and manages to schmooze his way back into the camp right before Jesus returns with his Savior hostages. Naturally, Gregory has something to say, still under the impression that he has some sense of opinion or power in the Hilltop. His points were actually pretty valid, but because it’s Gregory it was extremely annoying and rightfully disregarded.

I’m sure I can’t be alone in hoping that Gregory finally meets his end this season. He has yet to do one redeeming thing and it’s getting really old, very quickly. This is especially true when you realize that we are going to start losing characters we actually care about in the coming weeks.  Like Maggie said, Gregory needs to go. Kal can absolutely stay though.

What were your thoughts on this scene? It’s much better with sound, so watch the whole thing below!