It’s an “inception” of names as Leonardo DiCaprio was just confirmed to be playing Leonardo da Vinci for Paramount’s upcoming biopic. Paramount had been in a heated seven-figure battle with Universal Studios over the book rights to Walter Isaacson’s Leonardo da Vinci, which won’t be released until this October. Isaacson is no stranger to his biographies hitting the 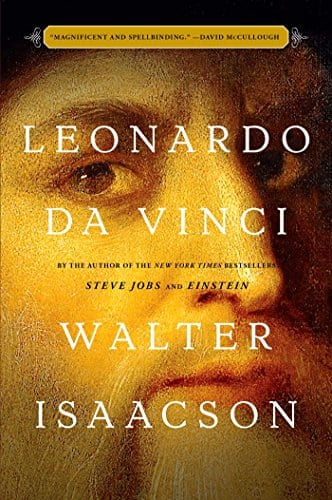 big screen as his books on Albert Einstein and Steve Jobs were also adapted.

According to publisher information provided to Deadline, the book “will use da Vinci’s notebooks to weave a narrative of his life and to explore his profound artistic and scientific curiosities.” DiCaprio has always had a connection to da Vinci as his mother named him after the prominent painter and his expressed interest in the role is a bonafide sign that this will most likely be another method role for the Academy Award winning actor. DiCaprio will also produce the film.

You can pre-order Isaacson’s book from Amazon here.