The People magazine had an exclusive look to the new LEGO Star Wars: the Force Awakens video game and they gladly told the world that Harrison Ford would make his debut in video games. 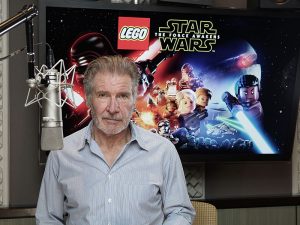 Of course, he’ll be Han Solo and he recorded original dialogue for the game. This allows fans to play out the storyline of the well known movie.