If you woke up this morning thinking “man, I could use a really subtle superhero show that’s visually stunning, layered, dark, unique, that blurs the line between reality and perception with an occasional random dance number” then you are in luck. Legion returns to television tonight in the hopes of making you question just what makes a person sane or is the layer between reality and fiction interchangeable?

The first season of Legion was a critical darling that built itself quite the cult following. We live in a world where there are a number of superhero shows on a number of different networks. During any weeknight, you can turn on the CW, Netflix, ABC, or SyFy and find at least one superhero show, and for us comic geeks that’s something to celebrate. Within this celebration there needs to be one show that kind of sticks out above the rest. A show that’s not willing to play by the usual superhero rules. A show that’s willing to be unorthodox and veil its superhero DNA in the hopes of telling a story that could be more. That’s where Noah Hawley’s Legion comes in. 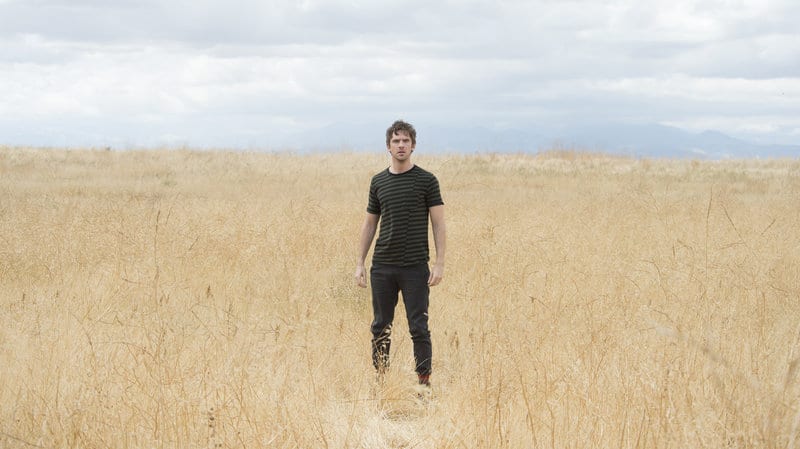 Hawley is no stranger to telling unorthodox stories that are aesthetically pleasing to the point where you’re both fascinated, longing for more, while also being slightly unjarred. For further proof please go watch his three seasons of Fargo. Seriously. Go watch it. Right now. It’ll melt your face. Hawley has taken the formula that made Fargo such a success and has applied it to Legion and what we’ve gotten is a Marvel show that is unlike anything else we’ve seen. Think of it this way, an episode of Legion is sort of like Doctor Strange on acid which is funny because Doctor Strange was like putting the MCU on acid. Those are the types of complexities that Hawley brings here and each trip is more addictive than the last. Unlike acid though the addictiveness is worth it. Like acid, it does take an effect on your mind.

Here’s the thing, Legion is the best X-Men story going right now. That’s right, Legion is an X-Men story and in a lot of ways it’s an incredibly important X-Men story. Who is David Haller? Well, he is an extremely powerful telepathic mutant, I’m talking beyond levels he understands or we have ever seen, who just so happens to be a schizophrenic. Safe, right? Well, that is yet to be seen. David spent the majority of last season with a being called the Shadow King running through his head causing all types of awfulness for himself and those around him. The Shadow King is no fool and understands that in order to take over the world, isn’t that what all super evil beings want, that having the most powerful mutant possible at your disposal makes you unstoppable. It’s the Shadow King, mostly played brilliantly by Aubrey Plaza who just chews up the character and any scene she’s in, who blurs David’s lines of reality causing him to dive deeper into insanity.

Season one played as David’s origin story where you had your typical origin story tropes. The discovery of power. The finding of friends who have abilities too (Summerland). The discovery of love with a woman, Syd, who has Rogue like powers. Being hunted down by a government agency (Division III) that wants your powers for…something that probably isn’t good. To finally overcoming the villain that’s in your head, eating away your memories, and trying to turn you into a ticking time bomb… literally. These are all the superhero tropes we’ve seen before but Legion presents them in a way that isn’t only unique but refreshing. The terms “X-Men” and “mutants” aren’t uttered once throughout the course of season one while David and the Shadow King are the only two actual comic book characters. You may have caught the alluding to a major X-Men character rolling through in episode seven and for you non-comic geeks out there, it’s an important one. Outside of that though Legion relishes in being a superhero story that isn’t a superhero story.

All that begs the question, what can we expect for season two? David, for the first time in his life, has full access to his mind and is starting to learn just how powerful he can be. That’s scary but a little comforting knowing that there isn’t some evil troll in his head eating away at his soul. It’s too bad that the season ends with him being kidnapped by a floating sphere. Yes, really. What is that sphere? Is it literal or a metaphorical kidnapping? I don’t know. With the Shadow King out in the world, currently attached to a mutant stuck in the 70’s who has spent a large chunk of his life stuck in the Astral Plane (Oliver Bird), one has to think that this is something else. With Legion, there’s no telling what though. This all could be a projection of David’s mind. Just because he’s rid of the Shadow King doesn’t mean that David is automatically sane. That might be something he needs to earn… if he can. Season one was about freeing David and his powers which means season two will be learning just how powerful David is.

Division III, the government agency set to hunt David and his friends, seems to have reached an accord with the people of Summerland (that’s their Xavier House) looking to work together to take out the Shadow King. How long can that allegiance last though? Division III clearly had big plans for David and if we know anything about creepy government agencies it’s that they just don’t give up on their big plans. I’m willing to bet that they’re not involved with David’s kidnapping though. That kidnapping looks to be the center of these early episodes. What happened to David and what does it mean for everyone else?

On top of David’s wrestling with sanity and a kidnapping floating sphere, there’s the very real issue of the Shadow King being out in the world. While the Shadow King was poison for David’s mind, at least he was contained. Now roaming the country with Oliver who knows what this monster is capable of or planning. While the Shadow King may have lost access to the most powerful mutant mind in the world whose to say that it can’t obtain an army of mutants to do it’s bidding? If this means we get more Aubrey Plaza then I’m all for it as she was hands down one of the best aspects of season one. Seriously, one of the best portrayals of a comic book villain in any medium.

With season two of Legion strap yourself in and get ready to have your face melted. Leaving questioning reality is a common side effect as is the need to absorb more and more of this universe. Noah Hawley has crafted the X-Men universe we deserve, all we have to do is sit back and dine on this visually stunning landscape while hoping our brains don’t explode. No easy task.

There you have it Geeklings. Are you ready for season two of Legion? What do you think happened to David at the end of season one? Do you trust Division III? What will the Shadow King use Oliver for? Sound off in the comments below. If you’d like to talk more Legion with me than you can find me on Twitter @iamgeek32. I’ll be posting tonight during the episode. Let’s talk this through. See you all tomorrow with my episode review.