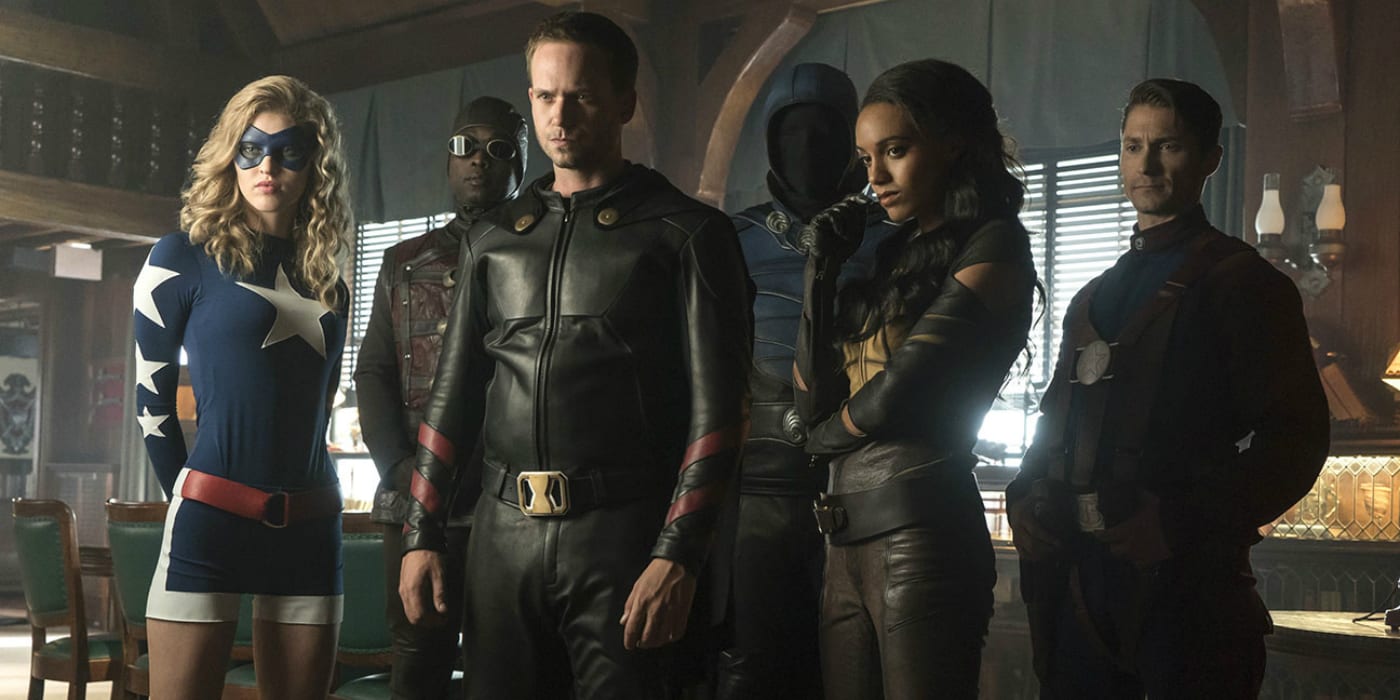 WARNING: Spoilers for Legends of Tomorrow episode 2×02 “The Justice Society of America” follow.

In the closing moments of last night’s Legends of Tomorrow, Tyler aka Hourman (played by Suits‘ Patrick J. Adams) – leader of the Justice Society – was attacked and killed by the Reverse-Flash who then stole the Askara Amulet, a mystical relic that almost fell into the hands of Hitler. With the life of a prominent hero taken so early in the season, executive producer Marc Guggenheim explained the reasoning behind the move:

“When we introduced Hourman, we actually had a whole bunch of different potential scenarios. One of the things we talked a lot about was at what point do we show the audience the moments just after the end of 116? We talked a lot about how we were going to reveal the information, all the different ways to deal with the ramifications of 116. We had a lot of different notions that were fighting their way to prominence in the writers’ room, and this is obviously the one we went with.”

Guggenheim also discussed the consequences of Tyler’s death as well as its impact throughout the season:

“We’ll deal with it very directly in episode 203. You have a clue to it in Rex’s final words to her [Vixen]. If you’re Vixen and you’ve got Rex Tyler dying in your arms and you heard the words ‘time traveler,’ who would you think is responsible?”

It will be a while before the Legends and the Justice Society cross paths with the Reverse-Flash, however, as the Legion of Doom won’t all be in the same place until the mid-season finale, according to Guggenheim.

How do you feel about Rex’s death? Do you think he can be brought back?