Legends of Tomorrow Adds John Noble as the Voice of Mallus 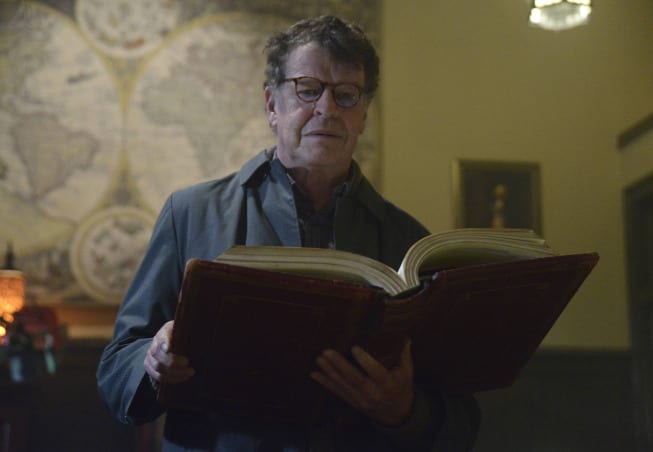 In episode 5 of Legends of Tomorrow, ‘Return of the Mack,’ we finally got out first encounter with the season’s big bad, Mallus. The villain possessed Eleanor Darhk and spoke to Rip through her. And who is lending their voice to the sinister role? John Noble (Lord of the Rings, Fringe, Sleepy Hollow) will portray the voice of Mallus.

It is yet unknown if Mallus will take assume a form later on in the season and if Noble will continue to portray the character. In fact, not much is known about the character at all besides being a massive threat that has Rip scared. The Time Masters were even afraid to speak his name. In their confrontation this past week, Mallus tells Rip that he may not look upon his true form and live, claiming that he is a god.

Noble has a chilling voice and is no stranger to the DC villain world as he voiced Scarecrow in Arkham Knight. It will be interesting to see what else is in store for Mallus as the season continues.

Legends of Tomorrow airs Tuesday nights on The CW.

‘Legends of Tomorrow’ Recap ‘Return of the Mack’