Often referred to as the “Father of Rock & Roll,” Berry’s  musical talents and onstage presence have influenced a countless number of artists including Elvis Presley, the Beatles, the Rolling Stones and the Beach Boys.

He is best known for his hits of the 1950’s which include Maybellene, Rollover Beethoven, Rock & Roll Music and, perhaps the most popular, Johnny B. Goode.  It wasn’t until 1972, however, when Berry scored his first and only number one hit which was a novelty song called My Ding-a-Ling. 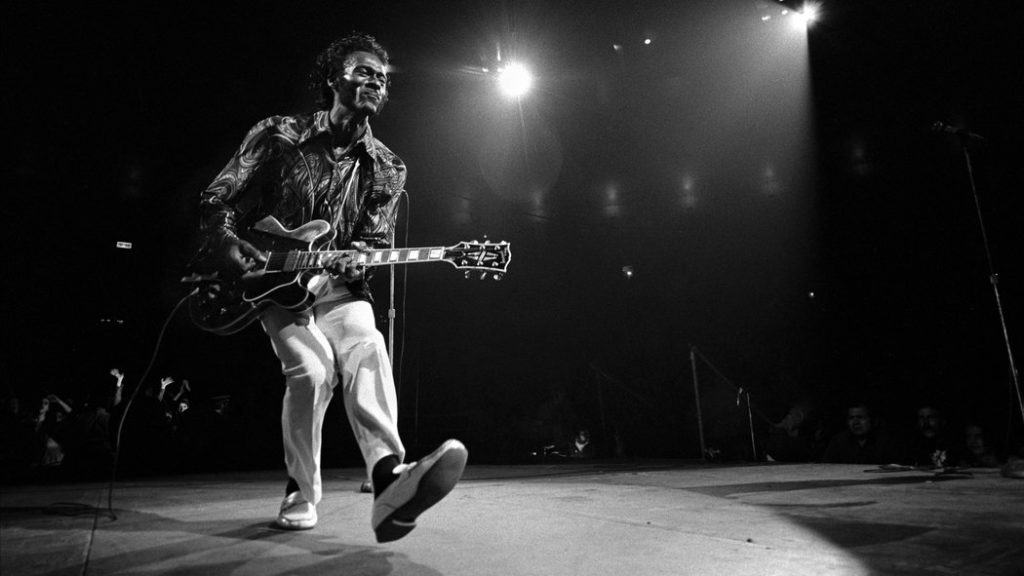 In 1986, Berry was inducted into the Rock and Roll Hall of Fame.  During his induction ceremony, guitarist for The Rolling Stones Keith Richards stated he “lifted every lick” that Berry had ever played, further proving his influence and impact to music.

In a 1969 interview, Chuck Berry was asked by Rolling Stone about rock’s role in this world.  Berry responded:

“Like any music, it brings you together, because if two people like the same music, they can be standing beside each other shaking and they wind up dancing, and that’s a matter of communication … so I say it’s a means of communication, more so than other music, to the kids.”

Chuck Berry survived by his wife Themetta “Toddy” Suggs, whom he married in 1948, and four children.  The family has requested privacy during this extremely difficult time.

We will always remember Chuck Berry and his legendary, trailblazing musicianship.  Check out some of Berry’s career highlight songs below.