AMC’s The Walking Dead is wrapping after 12 years. But you didn’t really think the zombie apocalypse was over, did you? Our favorite lurker-slayer, Lauren Cohan, breaks down her next moves in an interview with Men’s Journal. But first, the basics: 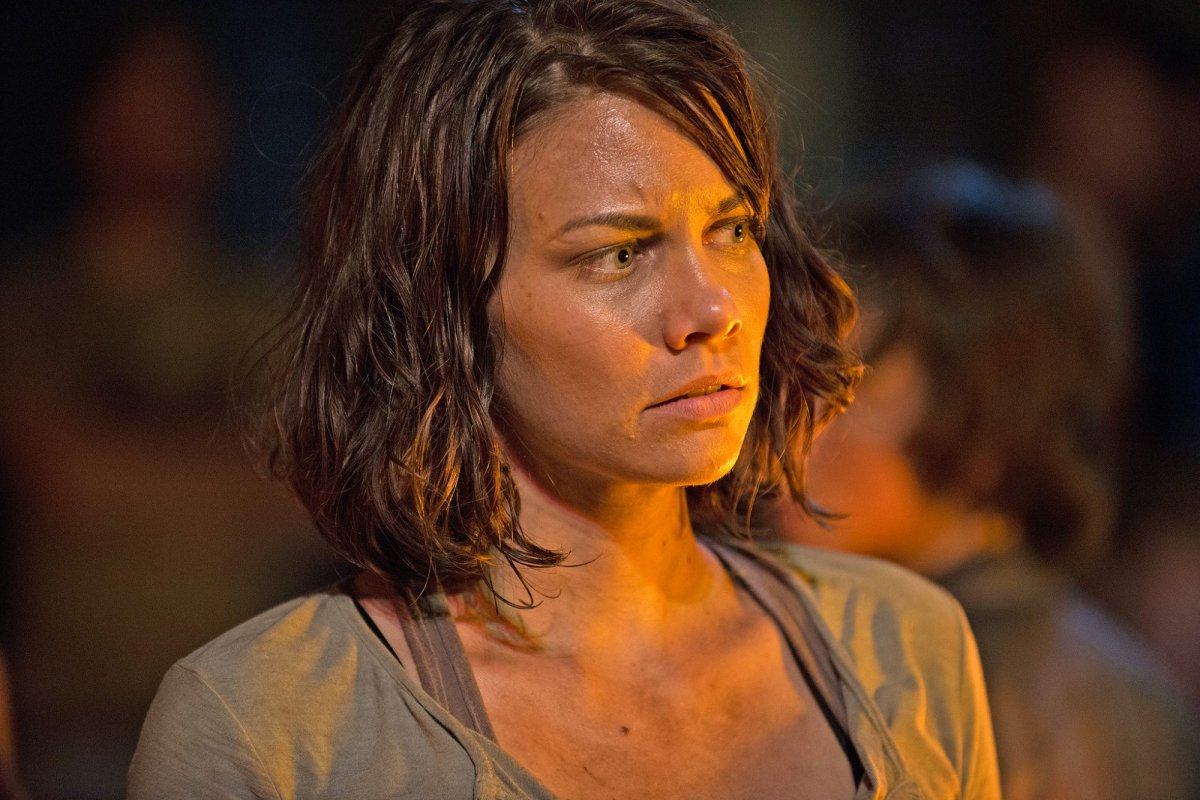 Men’s Journal: The final episodes of TWD dropped in October. Is the end of the world finally over?

Lauren Cohan: Everyone must make peace with the fact that there will never be a clear-cut solution to life. I will say the story lines we address in the last couple of episodes are definitely some of the best in all these years. And there’s always a glimmer of hope. Is that a good enough tease?

Rick Grimes disappeared in season 9. Is he alive, dead or a walker?

There might be some really great information about what happened to Rick. Unfortunately, I can’t say anything more.

I like the bloated well-walker from season 2. I didn’t kill him, but it was just one of my favorites because of his decrepitude—I’m pretty sure that isn’t a word. But you’re so used to seeing the zombies wasted away. And this one had been soaking in water and was puffed up.

Tips for surviving working outdoors in the Georgia summer?

You just layer up every day. You put on more clothes than people want to wear in that much heat. Then you spray on sunscreen and bug spray—and it doesn’t do anything. You feel very alive. And you feel very dead, too. I’ve been so hot and so beaten up that I can’t even think. But it’s OK because everybody’s in it together. So you just sort of learn to love being in your own sweat.

#TWDfamily that sweats together, stays together.

The idea of the #TWDfamily started early because we were all in a satellite location in a remote part of Georgia. It was like having an amazing summer adventure with the same people every year. Obviously, cast and crew have come and gone. But the core agenda was to put our heart and soul into this. We knew how precious it was and that it would not last forever.

Getting to the moment when this show was over was surreal and overwhelming. It’s not like graduating college. Or saying goodbye to a boyfriend or going off on a solo adventure. I can only liken it to a wedding and a funeral at the same time—the passing of an era.

We’re filming the new show already in New York. It’s funny. When I’m not filming deep in the woods, I’m like, “Where are the trees?” The new show goes beyond simply living to keep meeting the challenges of defending yourself and your loved ones. And, sadly, as strong as Maggie is, she’s never been able to do that. She’s lost almost everybody.

Is it strange when you’re without Maggie’s knives and guns?

As the time playing this character goes on, you think, “Where are my weapons? Where are my boots and spats?” My brain is now attuned to the practicality of survival, keeping my senses on and being generally prepared.

If walkers ever do take over, you’ll be our leader.

It’s funny because during Covid-19 everybody said, “Well, ask Lauren. She knows what to do.” But I was overshopping for canned goods, just like everyone. I didn’t know what I was doing. But I’ll be an apocalyptic consultant if I have to.