While on the quest to be the very best, like no one ever was, its not exactly easy to find the Pokémon you need.  Since the Pokémon GO app disabled its internal Pokémon tracking system last week (also rendering the use of third party systems like Pokévision useless), gamers have been wandering and searching blindly for those rare catches.

On Monday, however, a new update was released by Pokémon GO and offered several bug fixes as well as a very welcomed feature which was noted as being tested.  The popular app is testing a new tracking feature with a select subgroup of users.

Pokémon GO announced on Monday, “We’re currently testing a variation of the ‘Nearby Pokémon’ feature with a subset of users. During this period you may see some variation in the nearby Pokémon UI.”

The new tracking system utilizes a “Nearby” feature which displays close by Pokémon in front of Pokéstop locations in order to offer clues as to what direction the gamer should travel.  This is being tested with only a select group of players and has not been announced as a full app roll out just yet.  Check out the video below which displays the feature.  It looks pretty cool and definitely seem useful!

Another feature being tested would work similarly to the old tracking method.  This method would display “Sightings” within your area which would still require a certain level of aimless wandering in order to find the Pokémon you are seeking.  It certainly makes the game look prettier but, doesn’t really help us on our quest to becoming Pokémon Master Trainers. 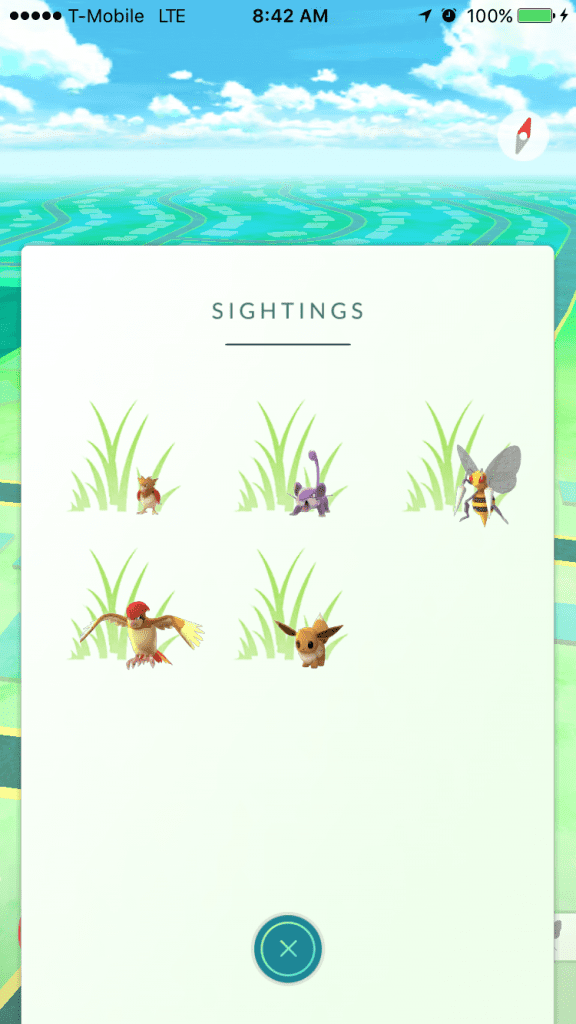 Hopefully, the next app update will offer some guidance for us Pokémon searchers and seekers.  What do you think of the new tracking systems currently being tested?  Let us know in the comment section below!