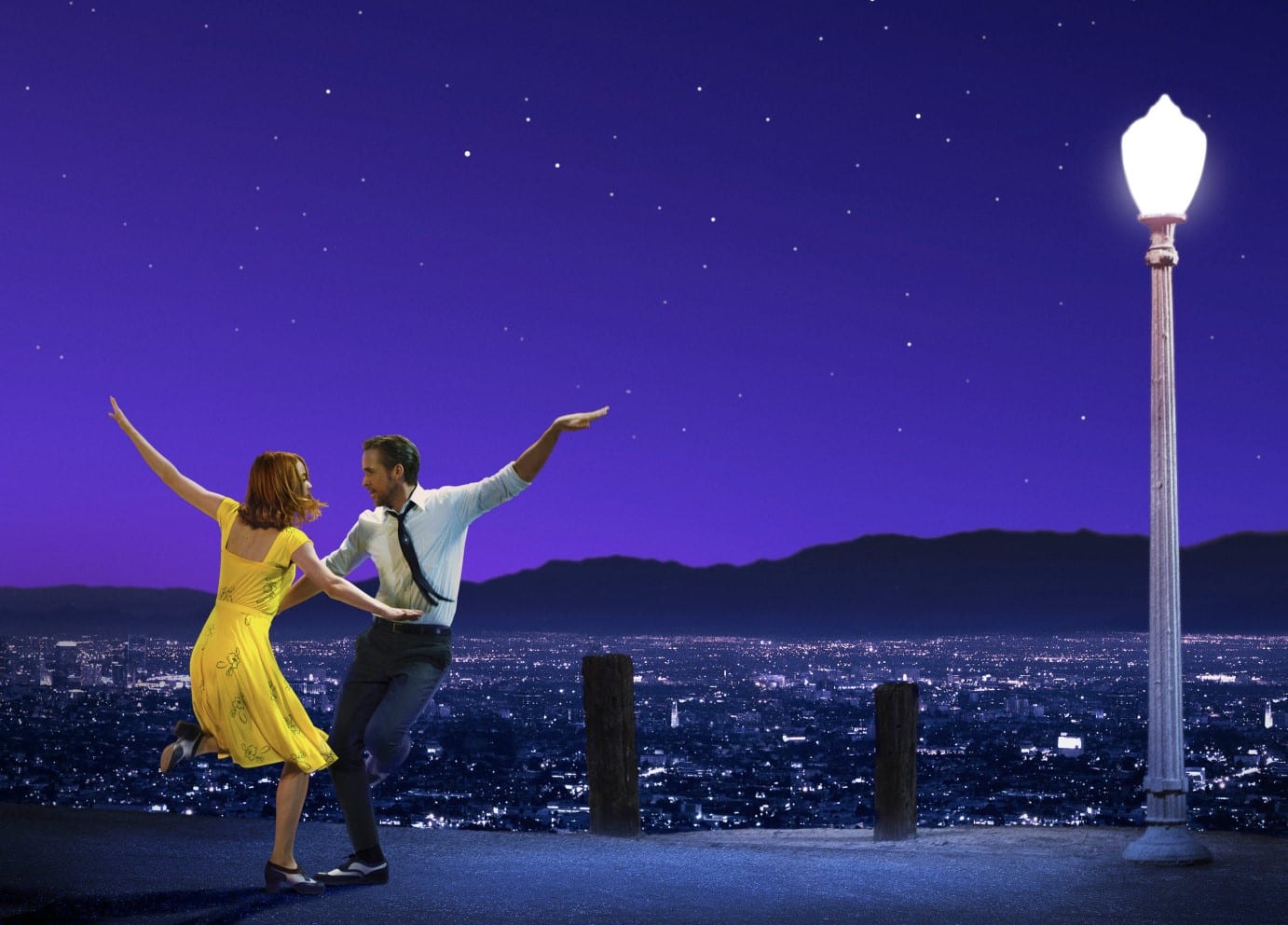 I think we can all agree that 2016 has been a terrible year in both the real and pop culture world. That is why choosing the feel good movie La La Land to end the year on was essential. The prospect of Ryan Gosling singing and dancing on-screen the entire time was way too tempting to turn down as well. While musicals are typically enjoyed in the comfort of one’s own home, it would be a mistake to underestimate this film or wait several months for its Blu-Ray/DVD release. In fact, La La Land was such a spectacular experience (yes, experience) that it is guaranteed to leave you with a pep in your step long after you leave the theater. 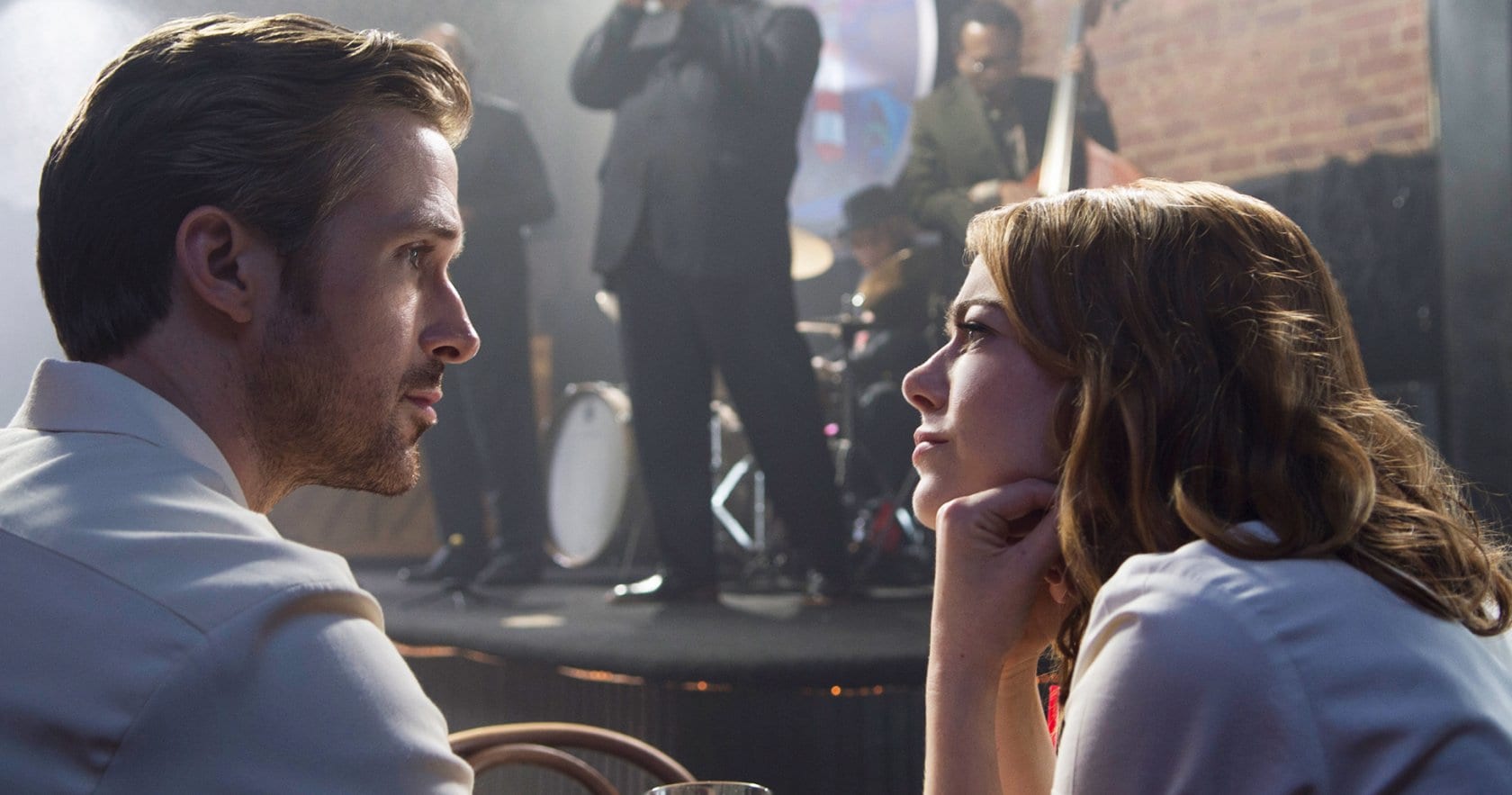 La La Land tells the story of Mia (Emma Stone), an aspiring actress, and Sebastian (Ryan Gosling), a dedicated jazz musician, who are struggling to make ends meet while pursuing their dreams in Los Angeles. The film marks the third time that Gosling and Stone have shared the screen together – the first being in 2011’s Crazy Stupid Love and 2013’s Gangster Squad – and once again, the two play a couple. While I have only seen them on-screen together in Gangster Squad, their chemistry in that film fell flat compared to La La Land, which is downright electric. From the moment their characters cross paths, you immediately root for them to wind up together and have a big, fat grin on your face every time their paths cross. Their fictional relationship is the definition of couples goals and Sebastian is the definition of every girl’s dream guy. Not only was his idea of a first date to take Mia to see a classic film at the Rialto Theater, he cooked her a surprise meal when she thought he was out of town. Most importantly, however, was the fact that he believed in her and told her she was good enough. What girl doesn’t want that?

While Gosling and Stone had incredible chemistry together, the film also showcased both of their acting depth. While Stone is known mostly for comedies such as Easy A and Zombieland, La La Land proved that not only is she leading actress material, she can perform in a dramatic role just as amazingly. Take the scene where Mia and Sebastian have their first fight and he tells her maybe she preferred him when he was “on his a**” so she could feel better about herself. The expression of shock and pain that Emma gave simultaneously was so powerful, the audience had to have put themselves in her shoes right down to the tears that she shed. Gosling’s depth was just as superb, if not more so, as the actor/musician highlighted his enormous comedic talent, a far cry from his dramatic roles in such films as Drive and The Notebook. He also succeeded in bringing the dialogue of director/writer Damien Chazelle to life in a witty and charming manner. Audiences will not only sympathize with Gosling and Stone’s characters in La La Land, they will also fall head over heels over their acting and singing abilities. 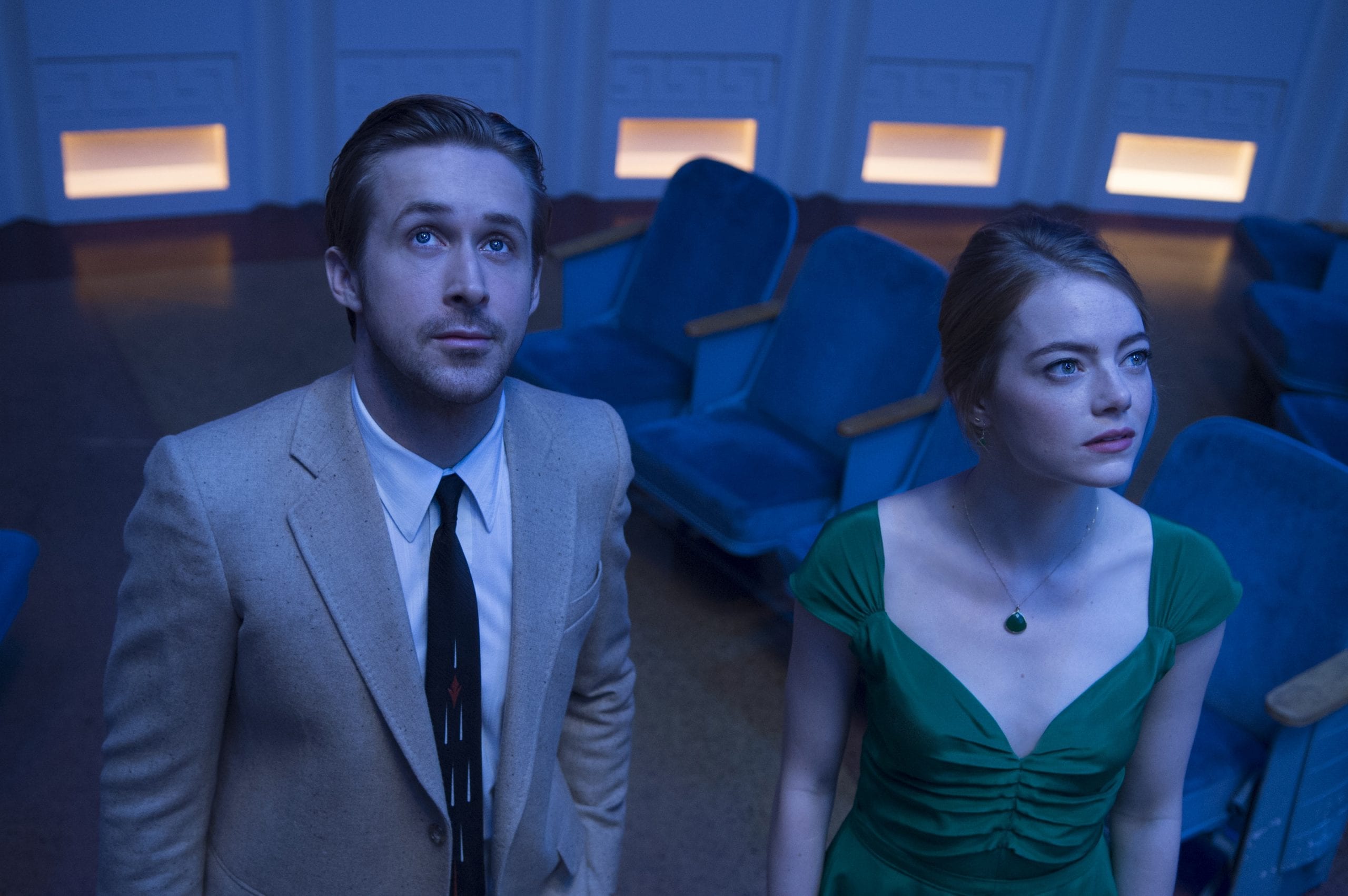 Speaking of Chazelle, to say he did a phenomenal job with both the screenplay and direction is an understatement. One of the best things about the film was how he successfully managed to take audiences on a trip through Old Hollywood while set in modern day times and make the film feel like a Broadway play at the same time. Seeing Mia and Sebastian stroll through the Warner Bros studio lot caused a deep nostalgia for the early, glamorous days of Hollywood that most of us have never experienced but have certainly fantasized about after watching films like Who Framed Roger Rabbit. A smorgasbord of classic Hollywood titles and celebrities including Rebel Without a Cause, Casablanca, and Marilyn Monroe (to name a few) were heavily displayed throughout the film, but it didn’t end there. Chazelle even took audiences through a musical journey through the decades with oldies such as the 80’s classics Take on Me by a-ha and I Ran by A Flock of Seagulls, ending with modern day jazz by John Legend himself which will have people tapping their feet in the theater.

There was also the exhilarating trip throughout California from Griffin Observatory to the Santa Monica Pier, to the Colorado Street Bridge, and everywhere else in between. To compliment the filming locations was exemplary cinematography ranging from camera angles to lighting, color, and wardrobe. The shot of Mia walking through Los Angeles at night after her car is towed is significant of how breathtaking cities are at night, even more so when they’re quiet and the shot of Sebastian walking down the pier intensifies the majesty of twilight. The color schemes in those shots and throughout the film is far too beautiful to express in words, except to say that it can be likened to swimming in a sea of vivid rainbow hues of purple, blue, and even black, which tantalizingly envelopes the screen during the scenes in which Mia sings at her audition and sees Sebastian playing the piano for the first time. Like everything about La La Land, so too is the wardrobe a feast for the eyes – the yellow, blue, and green dresses Emma wears compliment her perfectly and the white two piece suit Ryan wore made him look like Humphrey Bogart himself.

Although La La Land was nothing short of magical, its two powerful messages about pursuing one’s dreams was very influential. In the scene where Mia tells Sebastian she’s not good enough to become an actress, it was as if the audiences’ feelings and thoughts were being spoken through her. At one point or another in our lives, I’m sure we’ve either had people trying to discourage us from pursuing our dreams or we ourselves have believed that we are not good enough to make it in our chosen fields. We’ve also felt like Sebastian – we realize our dreams only to have life keep us from achieving that dream (hopefully only temporarily) which leads to the second message: Dreams mean nothing if you have no one to share them with. What made the film so beautiful was seeing Mia and Sebastian support each others’ dreams but it was also heartbreaking, especially in one major particular scene, which I won’t mention due to spoilers.

In a year where superheroes dominated the box office, not only is La La Land a cut above the rest, it is a cinematic masterpiece that reminds us all why we fell in love with films in the first place.