On Monday, King Charles III and Camilla, Queen Consort, were seated on thrones for the first time at Westminster Hall, where the new ruler responded to Parliament’s Condolence Addresses. The event also marked the first time that King Charles, 73, had heard “God Save the King” sung in his presence. Following her historic 70-year reign, Queen Elizabeth II died on Sept. 8 at age 96. He waited longer than any other heir apparent in British history to become king after his mother’s historic 70-year reign.

“I am deeply grateful for the Addresses of Condolence by the House of Lords and the House of Commons, which so touchingly encompass what our late Sovereign, my beloved mother The Queen, meant to us all,” Charles began his speech “As Shakespeare says of the earlier Queen Elizabeth, she was ‘a pattern to all Princes living.’ As I stand before you today, I cannot help but feel the weight of history which surrounds us and which reminds us of the vital Parliamentary traditions to which Members of both Houses dedicate yourselves, with such personal commitment for the betterment of us all.” 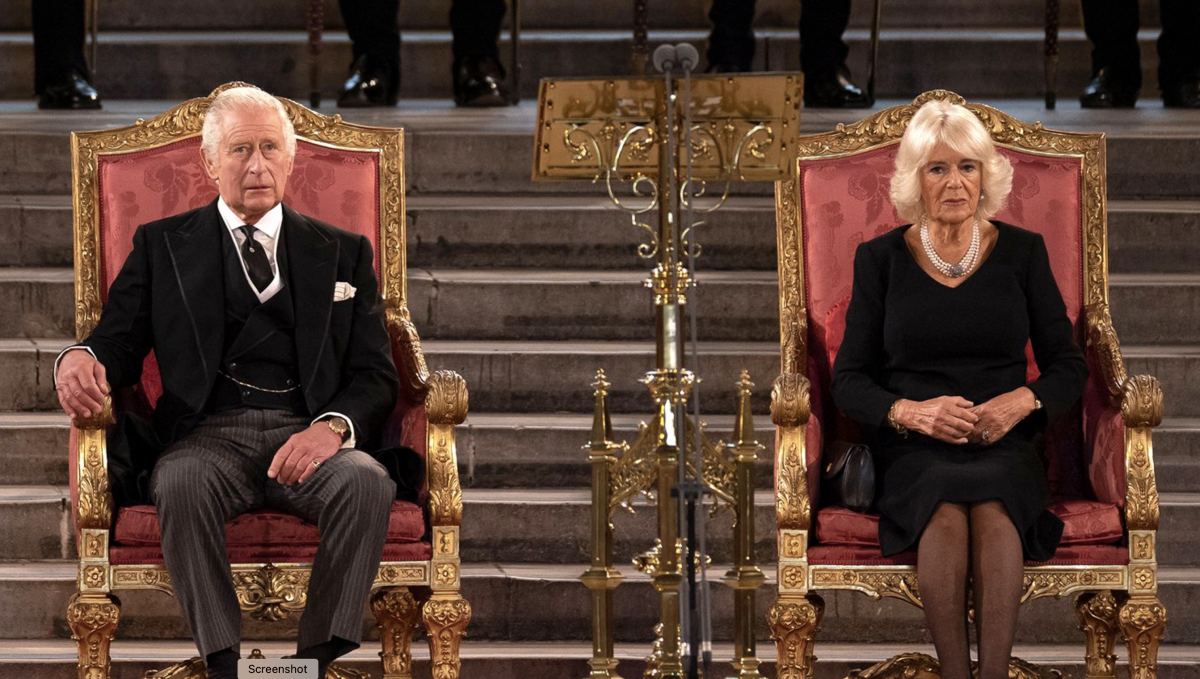 The King’s reply to the addresses of condolence at Westminster Hall:

He noted that there are “tangible connections” to his mother all over Westminster Hall, including a stained glass window presented as a gift to commemorate Queen Elizabeth II’s Platinum Jubilee in June. “The great bell of Big Ben – one of the most powerful symbols of our nation throughout the world and housed within the Elizabeth Tower also named for my mother’s Diamond Jubilee – will mark the passage of The late Queen’s progress from Buckingham Palace to this Parliament on Wednesday,” King Charles said.

The Queen  had “pledged herself to serve her country and her people and to maintain the precious principles of constitutional government which lie at the heart of our nation” Prince Charles said. “She set an example of selfless duty which, with God’s help and your counsels, I am resolved faithfully to follow.” he continued. “with unsurpassed devotion,”

Later this week, Queen Elizabeth will lie in state in the same room as King Charles. Since she died at her Balmoral estate passed away in Scotland,  her coffin is on its way to Windsor where she will be buried. On Monday, the public can view her Cofffin as it travels from Palace of Holyroodhouse to St Giles’ Cathedral Edinburgh before it is taken to London . The nation has been grieving and there will be a continue period of mourning until Sept 19th when there will finally be a funeral service held at Westminster Abby.

On Saturday, Charles became the U.K.’s new monarch after Queen Elizabeth’s death. He needed to attend and sign an oath during the Ascension Council at St. James’ Palace in London, which was broadcast live for history sake. Charles vowed to follow his mother’s “inspiring example” as he became head of state and signed an order declaring his mother’s funeral a public holiday..