Some of the biggest names in the entertainment and sports industry are on a list of about 2,000 Los Angeles residents accused of using too much water during the ongoing drought.

According to documents from the Las Virgenes Municipal Water District, several celebrities have been using more water than they’re allowed since the district put new rules in place to deal with the drought. The rules say that each person can only use 150% of their monthly water budget.

The excessive water usage notices were sent out in May and June. Celebrities like Kim Kardaishan and Kourtney Kardashian, Kevin Hart, Sylvester Stallone, and former NBA star Dwyane Wade all received them.

Kim Kardashian was recently criticized for her high carbon emissions from private jets. The report showed that she had taken 57 flights this year, and that her jet expelled 4268.5 tonnes of carbon emissions.

Nearly 97 percent of Los Angeles is in a state of “severe drought” according to Drought.gov. This year has been deemed the fourth driest year in the last 128 years—with the first four months being the driest ever recorded, the Weather Channel reported in May.

On June 1, Las Virgenes declared a series of severe “stage 3” restrictions, limiting residents to one day a week for outdoor watering. That month, two properties listed under a trust that is associated with Kim received excessive water notices, showing that her Hidden Hills home exceeded its June water budget by roughly 232,000 gallons, the Times reported. 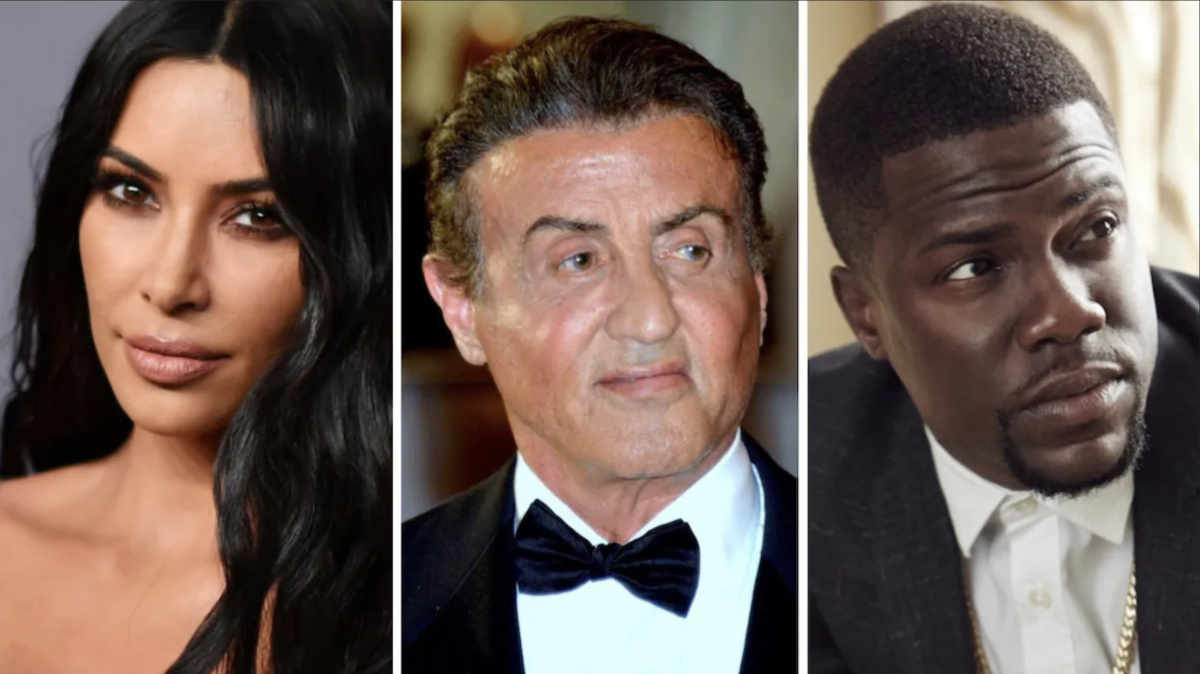 Her sister, Kourtney, was also slammed last month for being 245 percent over budget at her $8 million home in Calabasas.

According to the records, actor and comedian Hart was over budget by 519% in June. Meanwhile, Wade and his wife Gabrielle Union exceeded their water budget by 1400% in June- roughly 90,000 gallons of water over the allocated amount. In May, their property exceeded the budget by 489,000 gallons.

The couple released a statement saying that they were “doing everything possible to fix the situation” and would continue to do so.

Stallone also spoke out about how much water his property used. Reportedly, it used around 230,000 gallons more than what was allowed.

Sylvester Stallone’s attorney, Marty Singer, said in a statement to the Times that the numbers “mischaracterize and misinterpret the situation regarding the water usage at my client’s property,” adding that the actor has around 500 trees, including fruit trees, that need water. “My client has been addressing the situation responsibly and proactively.”

Mike McNutt, a spokesperson for Las Virgenes, said that the city is asking these celebrities to reduce their water usage as the city struggles to get a grip on the drought.

“People listen to you, people look at you, people value what you do,” McNutt said. “We need you to step up to the plate, to be examples and to be leaders so that other people will follow.”