Most fans will know that The Ancient One, in the source material, is a Tibetan monk. Also, The Ancient One was a man. Well, the person who eventually got the role, Academy Award winner Tilda Swinton, is neither of those things.

At the time Marvel Studios head Kevin Feige, director Scott Derrickson, and co-writer C. Robert Cargill all defended the decision. Now, Feige’s opinion at least has changed from when they made the decision. 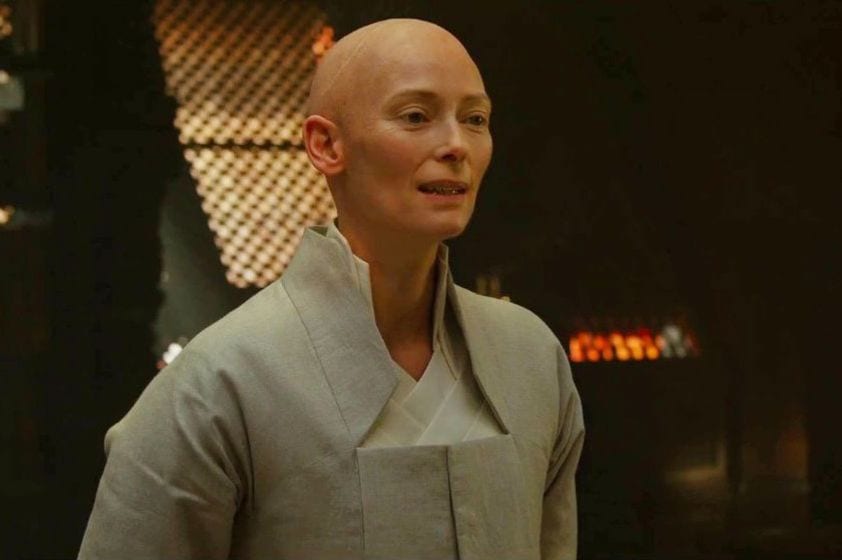 “We thought we were being so smart, and so cutting-edge,” Kevin Feige said in an interview with Men’s Health. He was speaking about Shang Chi, “We’re not going to do the cliché of the wizened, old, wise Asian man. But it was a wake-up call to say, ‘Well, wait a minute, is there any other way to figure it out? Is there any other way to both not fall into the cliché and cast an Asian actor?’ And the answer to that, of course, is yes.”

It’s not like they never considered Asian actors for the role. Scott Derikson revealed they did consider Asian actors, but in the end the plans revolving around them were scrapped. He spoke about it to Express.Co.uk.

“It felt like it was falling into the Dragon Lady stereotype—the domineering mystical woman with a secret agenda.” He also added, “Asians have been whitewashed and stereotyped in American cinema for over a century and people should be mad or nothing will change. What I did was the lesser of two evils, but it is still an evil.”

Dr. Strange is five years old at this point. That should tell you how much of a conversation piece it still is, even after all this time. This is a time where Hollywood is trying to make sure its films are released in China, as it is a huge market.

It may end up not being an issue anymore, anyway. The Ancient One died during the events of Dr. Strange. She did briefly appear in Avengers: Endgame, but it’s doubtful she’ll appear again.

The only other place it would make sense to see her at this point is in the animated series Marvel What If…? As of right now, it seems like Doctor Strange In The Multiverse Of Madness will not feature the character at all.

How do you feel about whitewashing The Ancient One? Let us know in the comments below!

Home » Uncategorized » Kevin Feige Regrets Whitewashing The Ancient One In Doctor Strange! Should He Have Used Another Actor!?