Kevin Costner narrated a tribute to Ray Liotta before the 2022 MLB Field of Dreams game in Iowa Thursday night. He said that Liotta was “special,” noting that the movie, like baseball, makes sure Liotta will live on in our hearts after his death. Liotta died on May 26 at 67.

In the tribute video Fox Sports aired before the Chicago Cubs and Cincinnati Reds took to the diamond in Iowa, surrounded by cornfields, Costner noted how the magic of Field of Dreams doesn’t work without Liotta’s performance as Shoeless Joe Jackson. “It doesn’t work unless Shoeless Joe is worth waiting for unless he’s special,” Costner said. “And Ray Liotta was special.”

“That’s the beauty of baseball and a movie like ‘Field of Dreams.’ He gets to live forever in our hearts.”

Earlier his year, Ray Liotta sadly passed away at the age of 67. Kevin Costner looks back at his time on set with Liotta and honors the life of his former colleague. pic.twitter.com/HRQ681OgbZ

Costner remembered how the famous scene in which he and Liotta take part in batting practice was not a stunt. It was real, as audiences saw in theaters and at home. “I said that God gave us that stunt that night, and now God has Ray,” Costner said. “And though he may be gone, that’s the beauty of a game like baseball and a movie like Field of Dreams… He gets to live forever in our hearts, whenever he steps out of that cornfield.” 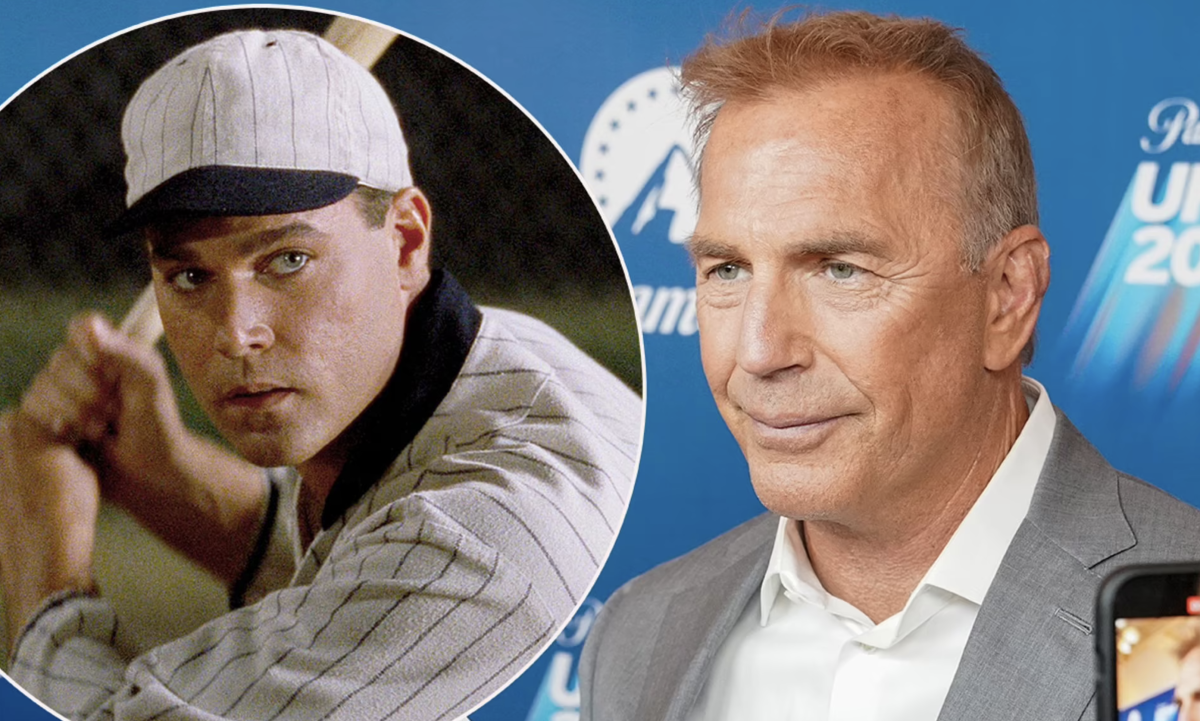 “He’s become eternal,” Costner continued. “Long live Shoeless Joe. And long live Ray, who helped show us that when dreams come from the heart, they really can come true.”

Costner, who attended last year’s Field of Dreams game, also shared photos from his time with Liotta on Instagram. “In honor of MLB at Field of Dreams this week, I wanted to share some memories from the movie but more importantly remember the amazing Ray Liotta,” Costner wrote. “‘Shoeless Joe Jackson’ will be out there with all of us for a great night of baseball in the fields of Iowa.”

Last year, the first MLB Field of Dreams game was played in Dyersville, Iowa. The Chicago White Sox beat the New York Yankees 9-8. The game was planned for the 2020 season but it was postponed because of the coronavirus pandemic. This year, the Reds and Cubs will face off wearing throwback uniforms.

Liotta passed away in his sleep while he was filming in the Dominican Republic. Last month, one of his final projects, the TV series Black Bird, featuring Taron Egerton, was released by Apple TV+. During an appearance on Jimmy Kimmel Live!, Egerton said that Liotta was “ailing” while filming.

“Sometimes actors can be… we’re a weird bunch, we do weird stuff, so I thought I’d leave him to it, give him his space, and across the room, he sort of caught my eye and just stood up, walked towards me in a sort of frail way,” Egerton told Kimmel guest host Chelsea Handler. “He’s in ailing health in the show, and he just embraced me, and we stayed that way for a little while. It was kind of weird but really nice as well.”