Cyberpunk 2077 is an upcoming role-playing video game developed by CD Projekt Red, an internal studio of publisher CD Projekt, that is releasing for Microsoft Windows, PlayStation 4, Stadia, and Xbox One on 16 April 2020. The game will feature Keanu Reeves in a starring role.

McFarlane Toys revealed its new figures and a statue as part of an upcoming line of Cyberpunk 2077 merchandise.  McFarlane Toyes created a figure and statue of Keanu Reeves’ character Johnny Silverhand and they are scheduled to come out in March 2020.

Adapted from the Cyberpunk franchise, it takes place in dystopian Night City, an open world with six distinct regions. Players assume the role of the customisable mercenary V in a first-person perspective, with skills in hacking and machinery, an arsenal of ranged weapons, and options for melee combat.

Cyberpunk 2077 is developed using the REDengine 4 game engine. They launched a new division in Wrocław, Poland and partnered with Digital Scapes to assist production. Around 500 total staff members are involved with the development, exceeding the number that worked on the studio’s previous game, The Witcher 3: Wild Hunt. Cyberpunk creator Mike Pondsmith consulted on the project, and actor Keanu Reeves has a starring role.

Check out the image below and let us know your thoughts? Are you excited for Cyberpunk 2077? 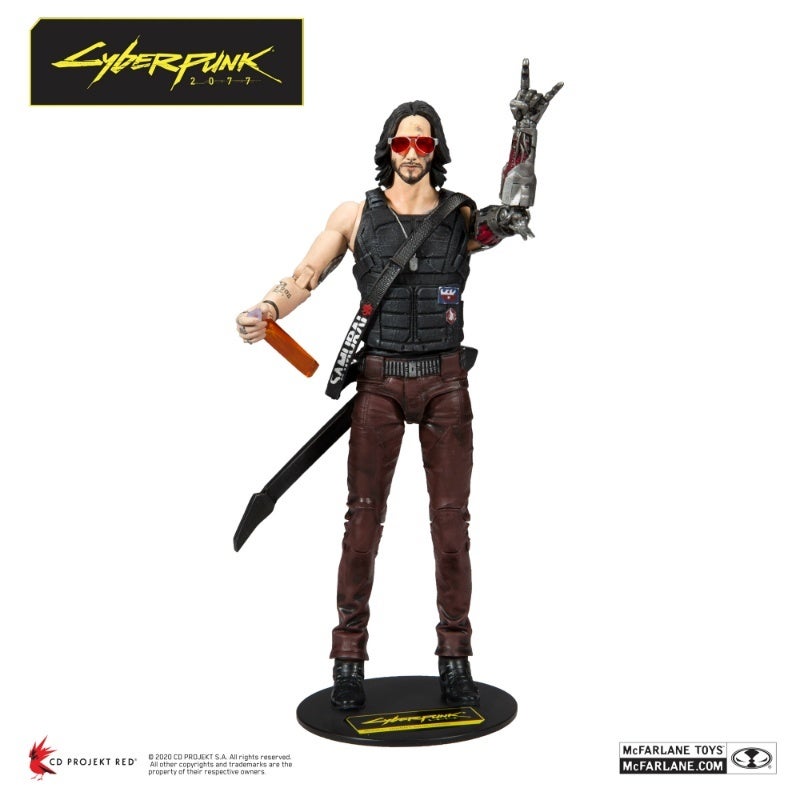