Kate Moss explains why she testified in defense of ex-boyfriend Johnny Depp during his defamation case against ex-wife Amber Heard. Moss appeared in May via video link to dispute rumors, which Heard talked about at length in her own testimony, that Depp had harmed her during their relationship, which lasted from 1994 to 1998.

“I believe in the truth and I believe in fairness and justice,” Moss, 48, said during her appearance on the BBC Radio 4 program Desert Islands Discs on Sunday, per the Sunday Times.

“I know the truth about Johnny,” she continued. I know he never kicked me down the stairs. I had to say that truth.”

The witness, called as a defense witness by Depp’s legal team, explained the occurrence that gave rise to rumors that the actor had gotten violent during their stay at the Goldeneye Resort in Jamaica.

“We were leaving the room and Johnny left the room before I did,” she told the court, noting that there had been a rainstorm.

“As I left the room I slid down the stairs and I hurt my back,” she went on. “And I screamed because I was in — I didn’t know what had happened to me and I was in pain. He came running back to help me and carried me to my room and got me medical attention.”

Moss testified that Depp “never pushed me, kicked me or threw me down any stairs” at any point during their relationship. 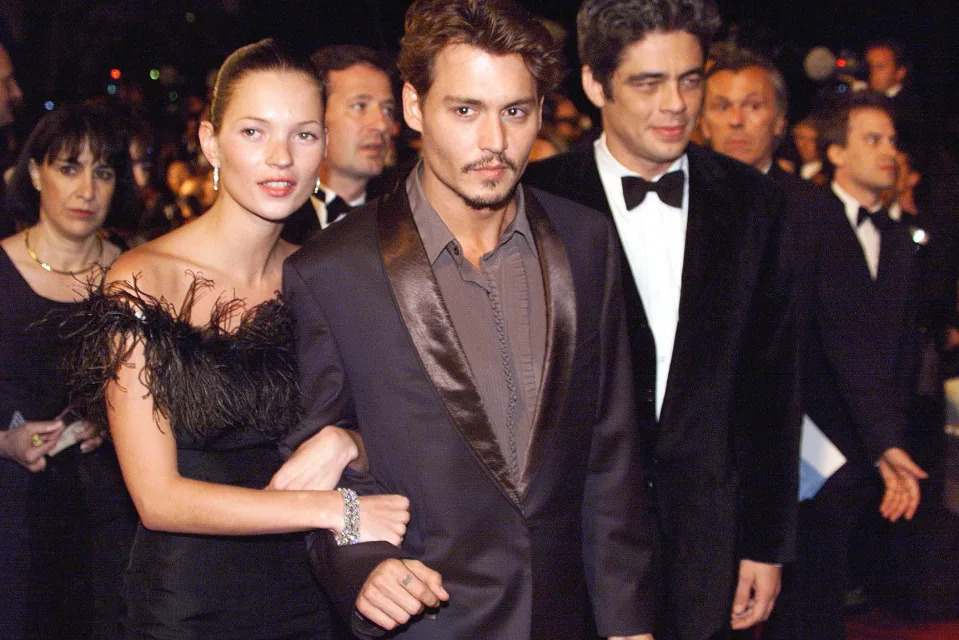 In the end, the jury ruled in Depp’s favor and awarded him $10.35 million in damages. Last week Heard’s legal team filed to appeal the verdict. Depp is also seeking to throw out the $2 million that the jury awarded his actress ex-wife stemming from one count of her countersuit accusing him of making defamatory claims against her.

In her Desert Islands Discs interview, Moss also spoke about being blamed for the heroin-chic trend, the highs and lows of her modeling career, and her defense of another notable figure: fashion designer John Galliano. In 2011, a video of him making anti-semitic remarks while drinking at a Paris bar went viral, causing him to be ousted from Dior.

“I know that John Galliano is not a bad person. He had an alcohol problem, and people turn,” Moss said. “People aren’t themselves when they drink, and they say things that they would never say when they were sober.”

Moss has had her fair share of difficulties. After she was photographed with cocaine in 2005, she lost several modeling contracts.

“I felt sick and was quite angry because everybody I knew took drugs,” said Moss, who went to rehab and has abstained from drinking for the past four years. “For them to focus on me and try to take my daughter away was really hypocritical.”

Home » Movies » Kate Moss Explains Why She Testified in the Johnny Depp Trial: ‘I know the truth about Johnny’