The death of Queen Elizabeth II sent the world into a tailspin. Members of the royal family have appeared in public to greet well-wishers during this difficult time since her passing. According to Hollywood Life, Kate Middleton informed those who gathered at Windsor Castle about how Prince Louis, the queen’s youngest child, reacted when he heard about her death.

On Saturday, reporter Roya Nikkhah tweeted that the newly minted Princess of Wales had something lovely to say about Prince Louis when she visited Windsor Castle. According to Middleton, her son mentioned Prince Philip after learning of his death. Allegedly, Louis said “‘At least Grannie is with Great-Grandpa now.'” This sweet comment refers to Elizabeth and Duke of Edinburgh’s long marriage; they were together for over 70 years before Philip passed in April 2021 at the age of 99.

An emotional Princess of Wales told a group children that Prince Louis said of #TheQueen “At least Grannie is with Great Grandpa now” while another well-wisher said “It was really nice” to see William, Harry, Kate and Meghan together

The Princess of Wales, while addressing a class of youngsters, remarked that Prince Louis had told her #TheQueen “At least Grannie is with Great Grandpa now” and another well-wisher exclaimed, “It was really nice” to see William, Harry, Kate, and Meghan together. 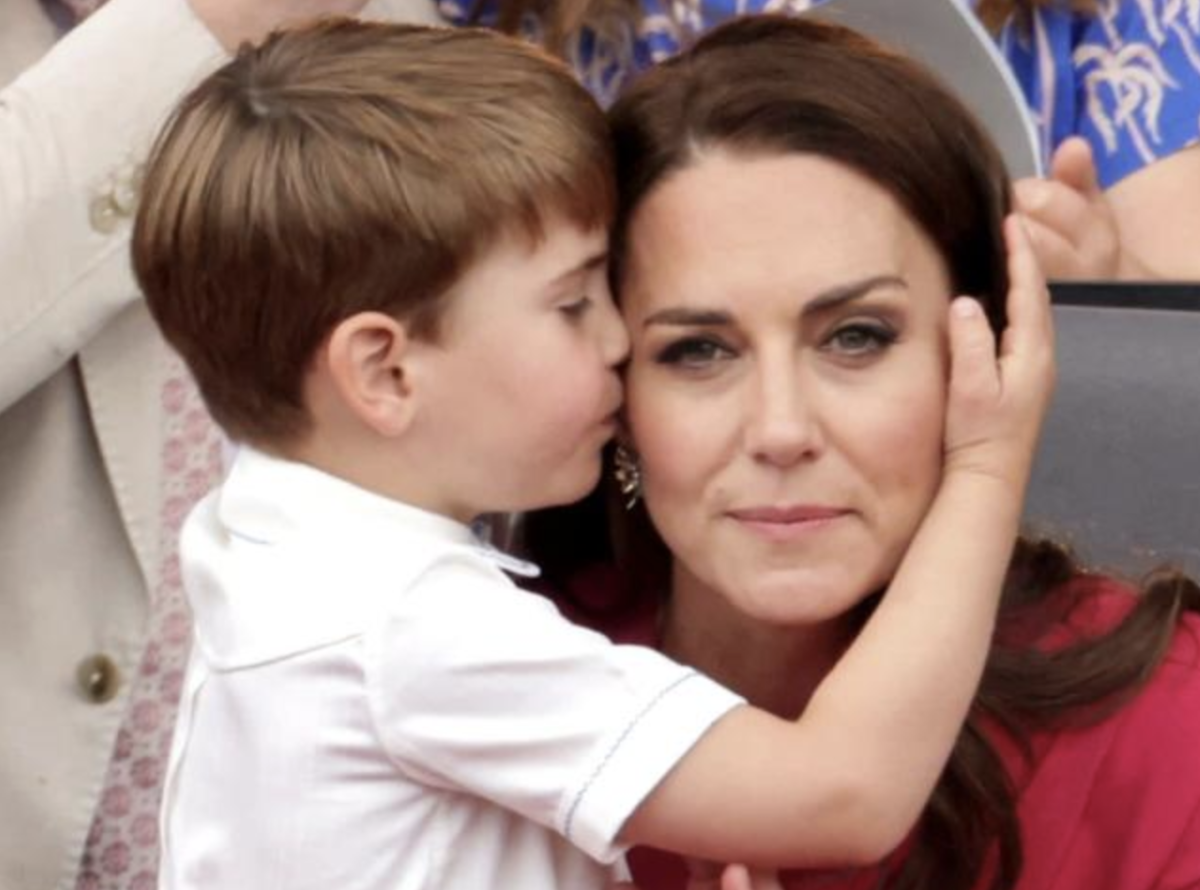 On Saturday, both Meghan and Prince Harry greeted well-wishers at Windsor Castle, along with her husband, Prince William. The new Prince of Wales and direct heir to the throne was by her side as well. With a surprising number of people shocked by his presence, Prince Harry and Meghan Markle appeared alongside the Duke and Duchess of Cambridge. Despite reported tensions among them, their appearance came two days after it was reported that Queen Elizabeth had died at age 96.