Just like he promised this past Tuesday, Justin Timberlake dropped his first single and music video off of his upcoming album Man of the Woods. The song, titled “Filthy”, is an electric-funk track with some very provocative robots that literally no one was expecting. Check it out below!

“Filthy” is extremely reminiscent of Timberlake’s FutureSex/Love Sounds or even The 20/20 Experience vibe, which would actually make sense for his new single if he hadn’t just promised that Man of the Woods would be a  Tennesee country, woodsy campfire style album. For reference here are some stills from the promo video.

Justin in a field: 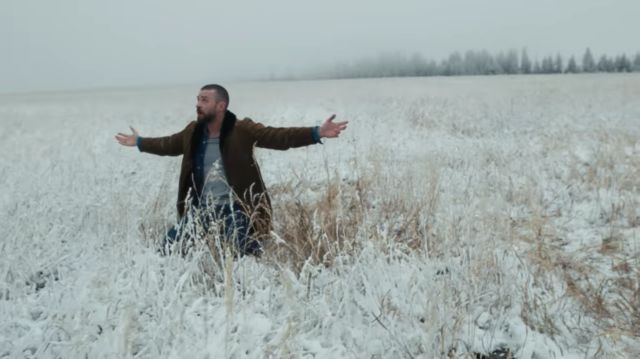 Justin by a campfire:

Justing galloping around with some horses:

“It feels like mountains, trees, campfires, like the wild west, like now,” Timberlake’s wife Jessia Biel can be heard saying about the album in a voiceover. So, you can imagine everyone’s surprise when the first music video to come off of the album looked like this:

Fans were excepting Timberlake’s first notch in his new album to solidify this genre shift and hint at what his new sound would be like on MOTW and now they are all sorts of confused.

Justin Timberlake teasing us with a country album and releasing a sex song for robots is why I have trust issues.

Justin Timberlake trolled me. I was expecting some trash country music and he basically drops Future Sex/Love Sounds in the woods 😩👏🏾

Justin Timberlake: “This album is inspired by my wife, my son but mostly where I’m from. It’s called MAN OF THE WOODS.”…

Justin Timberlake: I’m a Man of the Woods now.

Okay, but does anyone understand the theme/concept/point of Justin Timberlake’s newest song and album? I’m just incredibly confused. #ManOfTheWoods

I am kind of mad about this new Justin Timberlake song. I thought we might finally getting the introduction to twangy, country JT. I feel betrayed.

Mfw I thought Justin Timberlake was putting out a country album and the intro track is robot pop from 2028 pic.twitter.com/SyEw4VD7be

However, Timberlake also took today to announced the tracklist for the album, which definitely seems more on par with what he marketed. “Filthy” is actually the first track and as the album progresses songs like  “Flannel”, “Montana”, “Breeze off the Pond”, and “Livin’ Off the Land” make the list, which could mean that he’s taking a note from Taylor Swift and the album will transition from the old JT type of music to this new sound. Check out the tracks below!

What did you think of “Filthy”? Do you think that the album will be more of a blend or will it tell a story of moving from one genre to the next? Either way, we can all expect to hear some of these new tunes when he performs at the Super Bowl Halftime Show this February. Be sure to catch Man of the Woods when the album drops on February 2.

Throwback Thursday: Justin Timberlake’s “Like I Love You” Single