HBO Max has taken over pretty much all facets of DC Comics television. The only DC content still safe, for now, is the Arrowvers but I’m honestly left wondering for how long. For now, however, with Superman And Lois debuting soon and then Wonder Girl everything should be fine. HBO Max has some awesome DC content of their own coming, though. They’ve taken over Titans, Young Justice, Harley Quinn, and Doom Patrol from DC Universe. They have their own shows in production too, including a Green Lantern show that very little is known about. Most interesting, possibly, is that Justice League Dark is still coming to HBO Max. 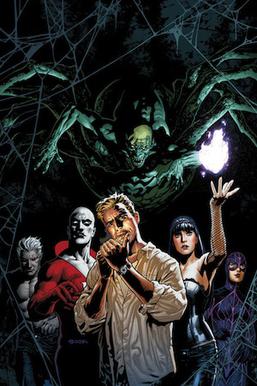 Even MORE surprising than that is the fact that J.J Abrams is attached. In fact, he was the one who pitched the series! This is really exciting for DC fans who have always wanted to see this aspect of the DC Universe explored in live-action. DC tends to stick to the more known characters, which is probably why we’ve never gotten a Justice League Dark film before. There have been several rumors going around that Abrams might also be involved in a Zatanna or Constantine series. Both of those characters are very much associated with the Justice League Dark. We’ve seen Zatanna in Smallville before. Constantine had his own series before being moved over to the Arrowverse where he is featured on Legends Of Tomorrow. We do not yet know whether or not Matt Ryan would be reprising the role of John Constantine.

It looks like the people behind the series believe in it too, at least to some extent. There is apparently some kind of deal in place that has gotten J.J Abrams $250 million to work on the series which is a huge budget for a television series.