I thought we hit the peak of weirdness when DC started crossing over with Hanna-Barbara. It looks like that was just the peak of the iceberg, though! A RWBY/Justice League comic has been announced! The series will be coming to us courtesy of Marguerite Bennett and Aneke.

I don’t know very much about RWBY but I know that it’s incredibly popular. The series has been going on for quite some time. Knowing nothing about the series certainly isn’t going to stop me from picking it up and giving it a shot! I’d give it a shot based on the cover alone, which you can see below. The art really pops, it looks super colorful and like a lot of fun. I think my favorite is Green Lantern, whom I assume is Jessica Cruz.

No matter how weird this series will be it might still be worth a read! If only for the novelty of seeing two very different properties crossing over.

We’ll bring you more on the series as news is revealed. Until then why don’t you let us know what YOU think about this strange crossover? 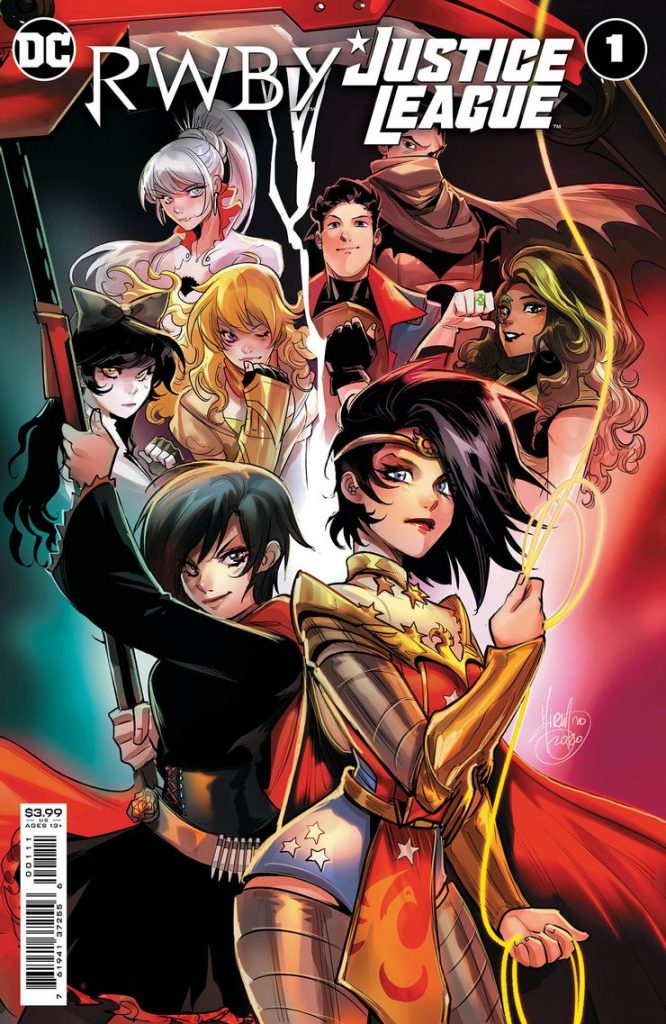