After a slow stream of teases and casting news, we finally have the official title of the Jurassic World sequel – Jurassic World: Fallen Kingdom – which fits in perfectly with what everyone from Chris Pratt to the new director J.A. Bayona has been saying: ‘this will be the darkest of the series yet’.

While doing the press rounds for his latest movie A Monster Calls, Bayona spoke to Spanish publication Noticiasrcn and said:

“[Jurassic World 2] takes the story where it has never been before. To me it surprised me. We are going to places where the saga has never been before, and at the same time we are paying tribute to the franchise. We will take it a step further… There are things that will happen that people are not expecting and they really are shocking.”

Back in 2015, original director Colin Trevorrow – who also co-wrote Fallen Kingdom – gave Entertainment Weekly some hints at what Jurassic World set up to be explored in the eventual sequel:

“I felt by introducing a couple key ideas and some of them are introduced by Dr. Wu, played by B.D. Wong, and even the simple idea that these people at Jurassic World won’t always be the only people that can clone a dinosaur. We never imagined what happens when this technology goes open source.”

Taking these two interviews and new title drop together, it looks like Jurassic World: Fallen Kingdom will certainly show the perversion of John Hammond’s dream. If Jurassic World started out as his dream of a Dino Disney Land being fulfilled, this film will show the nightmares he never imagined! With Dino DNA getting out there and being “open source”, the chance that nightmares worse than the Indominus Rex will be created skyrockets! And let’s not forget how last film hinted at the military’s interest in toying with Dino DNA and the idea of training raptors.

It truly looks like Hammon’s Legacy (or Kingdom) will fall and the stakes will rise when Jurassic World: Fallen Kingdom hits theaters June 22, 2018. 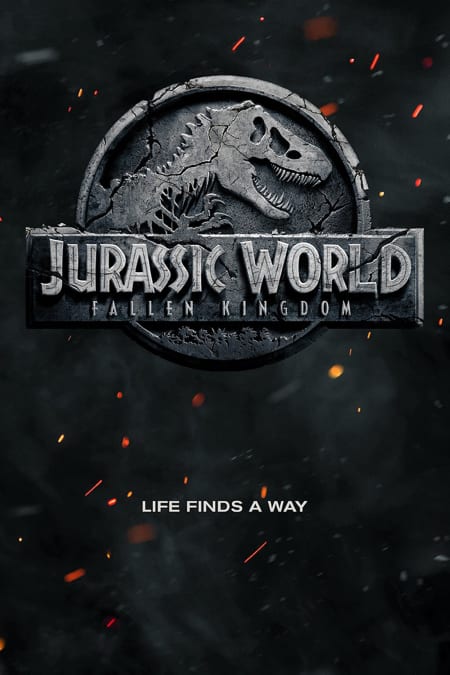