AMC is a powerhouse when it comes to original programming. With shows like Man Men, Breaking Bad, and The Walking Dead, AMC has helped pave the way for cable programming to move ahead of the traditional TV reigning supreme – network television. However, when you look at some of AMC’s more popular shows, their characters and stories tend to fit a much darker and dramatic demographic that mainly feature male leads.

Now, that’s all about to change. AMC announced today that The Good Wife’s Julianna Margulies has signed on for a starring role in the network’s upcoming drama,  Dietland. 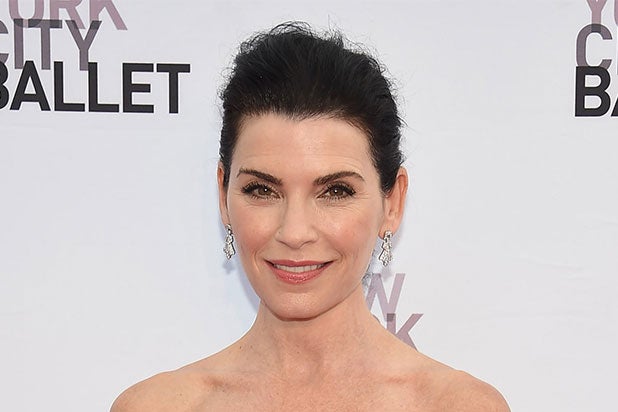 The series is a co-production between AMC Studios and Skydance Television under its Uncharted label and is based on Sarai Walker’s 2015 best-selling novel of the same name. AMC previously announced the casting of Joy Nash (“The Mindy Project,” “Twin Peaks”) as the lead character, Plum Kettle. “Dietland” is slated to premiere in 2018 with a 10-episode order.

Margulies played lawyer Alicia Florrick on The Good Wife (above) from 2009-2016, a role for which she took home two Emmys for. She also holds an Emmy from her time on ER where she played nurse Carol Hathaway. On Dietland, Marguiles will be taking on the role of a magazine editor named Kitty Montgomery.

Margulies’ character, Kitty, is a wildly ambitious magazine editor whose world is thrown into chaos when a feminist terrorist organization starts targeting people in her orbit. Sucked into a terrifying news cycle, Kitty can no longer rely on her old-school media power and must instead play a whole new game of master manipulation where rules no longer apply.

Dietland is based on Sarai Walker’s 2015 novel of the same name and will be handed over to executive producer and showrunner Marti Noxon.

“Julianna is diabolically talented and beautiful, which makes her perfect to play our Kitty. I am genuinely honored to have the opportunity to work with her. She’s a special human and a rare actor,” said Noxon. “I can’t wait to start and for the world to get a load of this show. I am also so grateful to AMC and Skydance for supporting us and trusting the ‘Dietland’ team with this provocative, wild story.”

The series will also star Twin Peaks and The Mindy Project‘s Joy Nash as Plum Kettle, ” an obese woman who is preparing for weight loss surgery when her world is upturned by two rival feminist factions. Caught between old ideas and radical new extremes, Plum must decide for herself what it means to be a revolutionary as the “war of the sexes” becomes literal.”

What do you think about Dietland and Margulies’ casting?